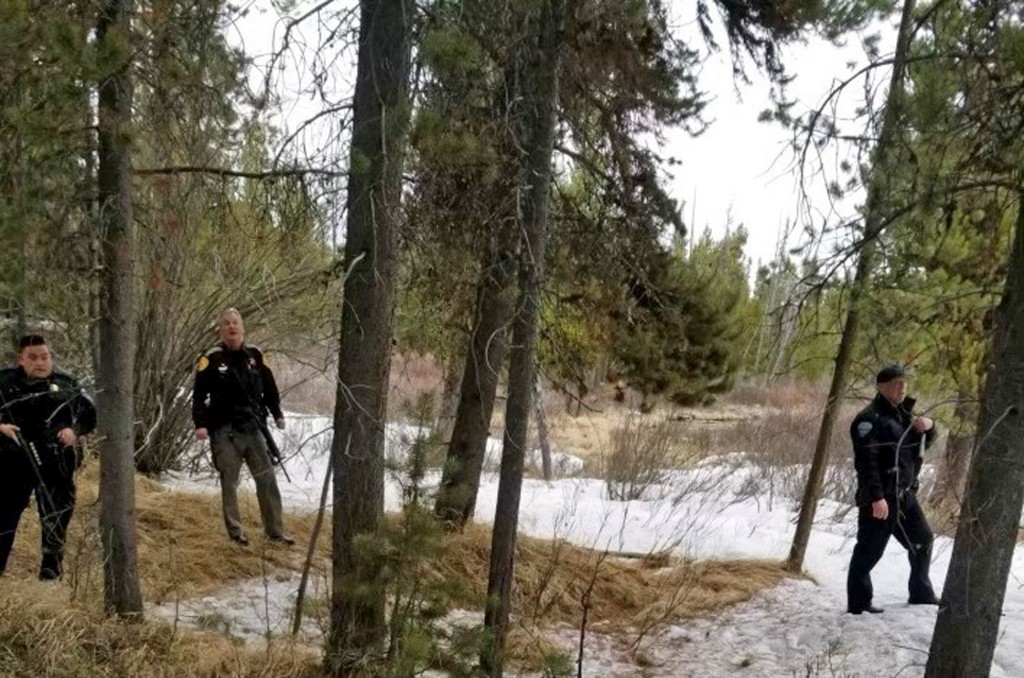 BILLINGS, Mont. (AP) — Grizzly bears are part of life in the gateway communities around Yellowstone National Park, and backcountry snowmobile guide Charles “Carl” Mock knew well the risks that come with working, hiking and fishing among the fear-inspiring carnivores, his friends said.

Mock was killed after being mauled by a 400-plus pound (181-plus kilogram) male grizzly while fishing alone at a favorite spot on Montana's Madison River, where it spills out of the park and into forested land that bears wander in search of food.

The bear had a moose carcass stashed nearby and wildlife officials say it likely attacked Mock to defend the food. The grizzly was shot after charging at a group of seven game wardens and bear specialists who returned the next day.

Bear spray residue found on Mock's clothing suggested he tried to ward off last week's attack using a canister of the Mace-like deterrent, considered an essential item in the backcountry. He usually carried a pistol, too, but wasn't on the day he was killed just a few miles north of the small town of West Yellowstone where he lived, according to two friends.

While some on social media questioned the inherent perils of such a lifestyle in the wake of Mock's death, those who knew him said he accepted the risk as a trade-off for time spent in a wilderness teeming with elk, deer, wolves and other wildlife.

“People don't understand that for us who live here, that's what we do every day,” said Scott Riley, who said he fished, hunted, hiked and kayaked numerous times with Mock over the past decade.

West Yellowstone has just over 900 full time residents but gets throngs of summer tourists at one of the main entrances to the park.

“We had a bear in town two nights after Carl was mauled. It's not like we're just running around in the forest tempting them. They are everywhere," said Riley, who manages a snowmobile dealership in West Yellowstone.

Mock, 40, managed to call 911 following the mauling and was found by rescuers propped against a tree with the cannister of bear spray in one hand, his father, Chuck Mock, told the Billing Gazette. His other hand had been “chomped off” as he tried to protect himself.

One of the animal's teeth punctured his skull and Mock died two days later in an Idaho hospital after undergoing extensive surgery.

The Yellowstone region that spans portions of Montana, Idaho and Wyoming has more than 700 bears. Fatal attacks on humans are rare but have increased in recent decades as the grizzly population grew and more people moved into rural areas near bear habitat.

Since 2010, grizzlies in the Yellowstone region killed eight people including Mock. The last fatality around West Yellowstone that town Mayor Jerry Johnson could recall happened in 1983, when a 600-pound (272-kilogram) bear dragged a Wisconsin man from his tent and killed at the Rainbow Point campground north of town.

Grizzlies are protected under federal law outside Alaska. Members of the region’s congressional delegation have introduced legislation to lift protections and allow grizzly hunting.

Mock had been “in awe” of Yellowstone from a young age, according to his father, and moved from Idaho to West Yellowstone about 10 years ago. For the past five years he worked as a guide for a snowmobile touring company owned by Johnson. He was known for being helpful to friends and his love of outdoor adventure, Johnson said.

A community memorial service for Mock, is scheduled for Saturday at West Yellowstone's Union Pacific Dining Lodge. His relatives will hold a private funeral, Johnson said.

Riley said he and Mock came upon bears in the wild numerous times. Sometimes a grizzly would make a bluff charge, running at Riley and Mock but always backing down before last week's attack.

“I've held my bear spray 100 times but never had to use it,” Riley said. “What happened to Carl could happen to anybody that walks into these forests at any given time ... I would say if the forest kills me, the forest kills me."