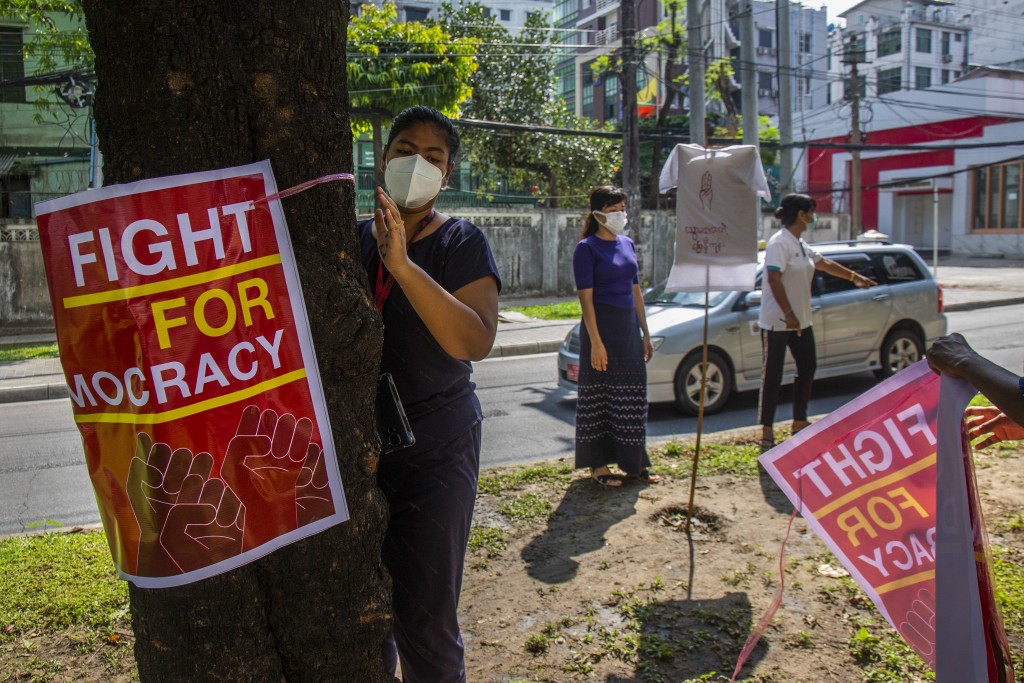 The State and Treasury departments announced they were targeting Myanmar’s main timber and pearl exporting firms with penalties aimed at reducing the junta's resources after a coup in February that has been followed by a harsh crackdown on pro-democracy protests.

The sanctions freeze any assets Myanmar Timber Enterprise and Myanmar Pearl Enterprise may have in U.S. jurisdictions and bar Americans from doing business with them.

“Our action today reinforces our message to the military that the United States will continue to target specific funding channels and promote accountability for the coup and related violence,” Secretary of State Antony Blinken said in a statement that used the country's former name, Burma.

"We will continue to support the people of Burma in their efforts to reject this coup, and we call on the military regime to cease violence, release all those unjustly detained, and restore Burma’s path to democracy.” Blinken said.

Wednesday's step follows a similar move taken earlier this month against a government-run gem company that is another major source of income for the military. The U.S. and other nations have steadily ramped up sanctions pressure against the junta since it seized power from a civilian-led government in the Feb. 1 coup.