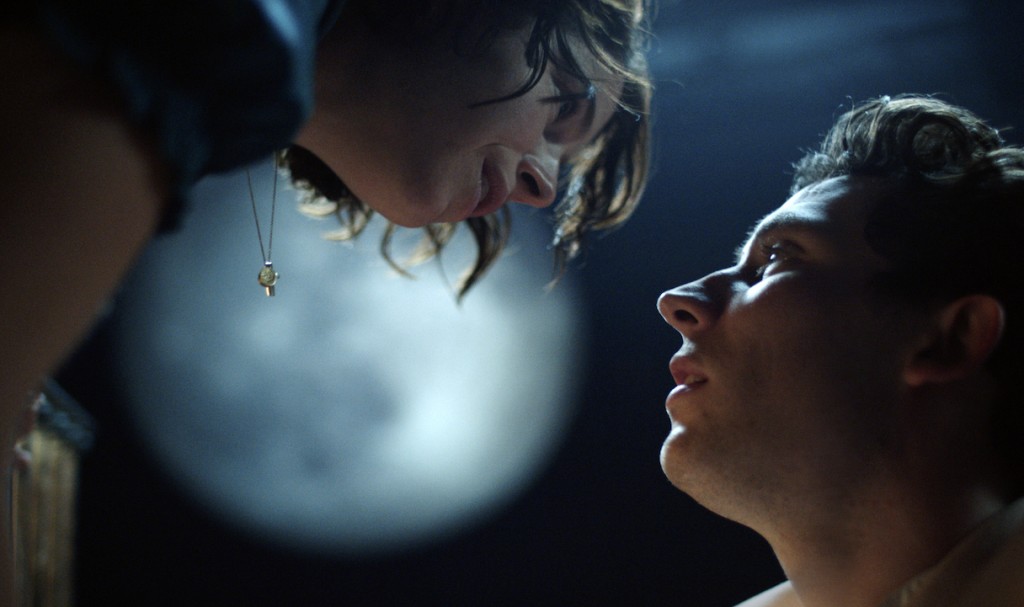 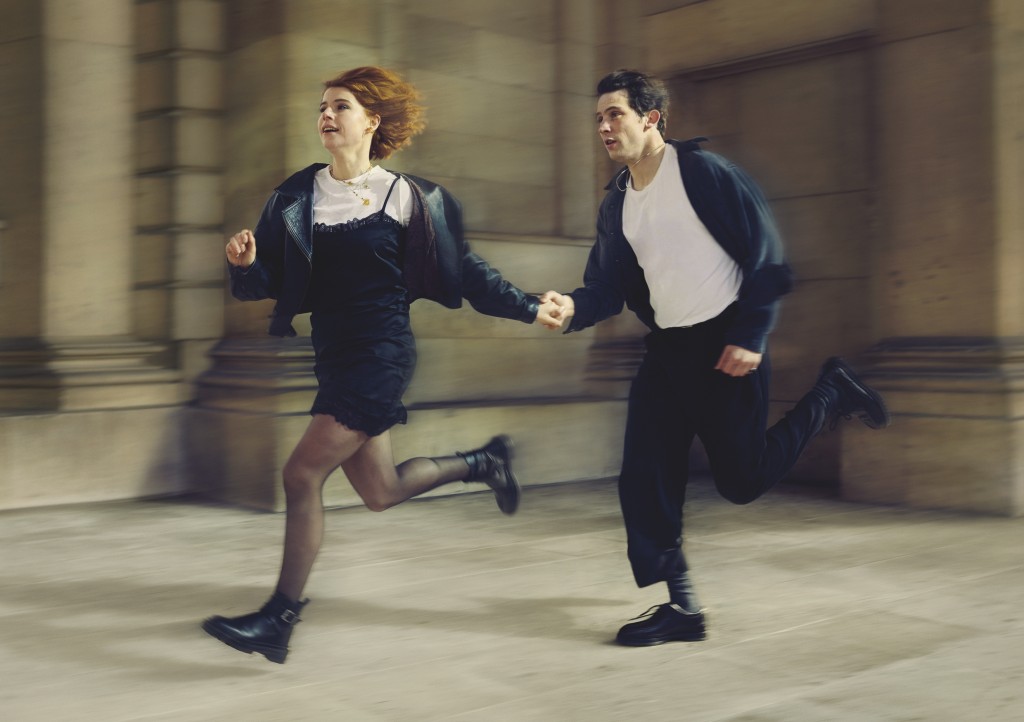 NEW YORK (AP) — The cast appears at first chatting amiably as they enter a theater. They're in street clothes — hoodies, sneakers and backpacks. They seem blissfully unaware that not all will survive the next hour or so.

So begins the National Theatre's latest take on “Romeo and Juliet,” a filmed production that adds cinematic touches to the tragic 16th century Italian love story.

Starring Josh O’Connor and Jessie Buckley as the star-crossed lovers, the play was originally intended for a stage run in 2020 before being adapted for the screen because of the pandemic. Yet it keeps its theatrical roots.

The play opens backstage with the lovers flirting beside a prop cage and the knives are wooden — until they become steel. As the play continues, it opens up with costumes and set designs appearing effortlessly.

“It was going to be impossible and maybe not that interesting to try and create cinematic realism because we can’t shoot outdoors and we only have one location really and it’s a stage,” said O’Connor. “So initially it was like, ‘Well, let’s not shy away from the fact that we are on a stage. Let’s celebrate that.’”

The retelling is directed by Simon Godwin and reconceived by writer Emily Burns for the screen. It was shot over 17 days in December at the National's Lyttelton theater. PBS' “Great Performances” will air it Friday.

To get into character during the start-and-stop nature of filmmaking, O’Connor and Buckley created a secret playlist and shared AirPods. Before the famous balcony scene, the pair listened to Sigur Rós' “Hoppipolla.”

“The staccato nature of filmmaking means that we had to find like different ways of finding the swell, finding the rhythm. And so I think music was quite helpful,” says O'Connor, who recently won a Golden Globe for playing Prince Charles in “The Crown.”

The paths O’Connor and Buckley took to the play were quite different. He grew up going to the Royal Shakespeare Festival and did a few Shakespeare scenes in drama school but had never tackled an entire play before.

She was more attracted to musicals until taking a four-week Shakespeare course that she says changed her career. She has since done a few of The Bard's plays, including “The Tempest.”

“It’s the most muscular work out in the world,” the Irish actor says. "You just feel completely charged every time you go into it and you always feel like you don’t know anything as well, which is always a good place to go into something.”

To get “Romeo and Juliet” down to 90 minutes, cuts had to be made. Scenes were sliced, characters were streamlined. Juliet’s beauty no longer can “teach the torches to burn bright” and Mercutio skips the part about his fatal stab wound being “not so deep as a well, nor so wide as a church door.”

Buckley, best known for "Wild Rose" and "Judy," calls them “considerate cuts,” ones that could be made because the camera was catching tiny emotions and thoughts usually impossible on a traditional stage.

“When you’re on film, you have the liberty of saying so much without saying anything at all,” she says. “Whatever we chose to do was to enrich the intensity of the love and capture the tiny, small things without having to say it to the back of the stalls.”

One thing the pair noticed was that not having to project the lines made them somehow more direct and personal. Onscreen, Shakespeare's words are often whispered by the pair.

“There were moments where Jessie and I were able to be totally intimate with the words. And they take a whole new life,” said O’Connor.

Other changes to the play have been made, including having ghosts and flash-forwards and giving Tamsin Greig’s Lady Capulet some of the lines traditionally spoken by her husband. There's even a same-sex attraction between Mercutio and Benvolio, a brave step.

Speaking of love, O’Connor and Buckley knew they also had to show passion and do so in an intimate scene. “Romeo and Juliet” is, after all, the tale of two young people whose powerful love transcends rival clans.

“This is hot, raw intense life and love. And it needs everything,” says Buckley. Adds O’Connor: "It's a story about love. It has to be sexy.”

The pair join an impressive list of actors who have tackled the famous work, one that includes Leonardo DiCaprio and Claire Danes, Orlando Bloom and Condola Rashad, and Leonard Whiting and Olivia Hussey.

“Josh is one of my best mates and I love him with all my heart, and the reason that I wanted to do this is because he’s the only person I would want to do this with, because I know we can jump off the edge of the cliff,” says Buckley.

“We couldn’t replicate what’s come before us, but when you have somebody who you utterly trust, it’s very easy to just be there with them and let the language and let the relationship of Romeo and Juliet and our friendship do the work.”