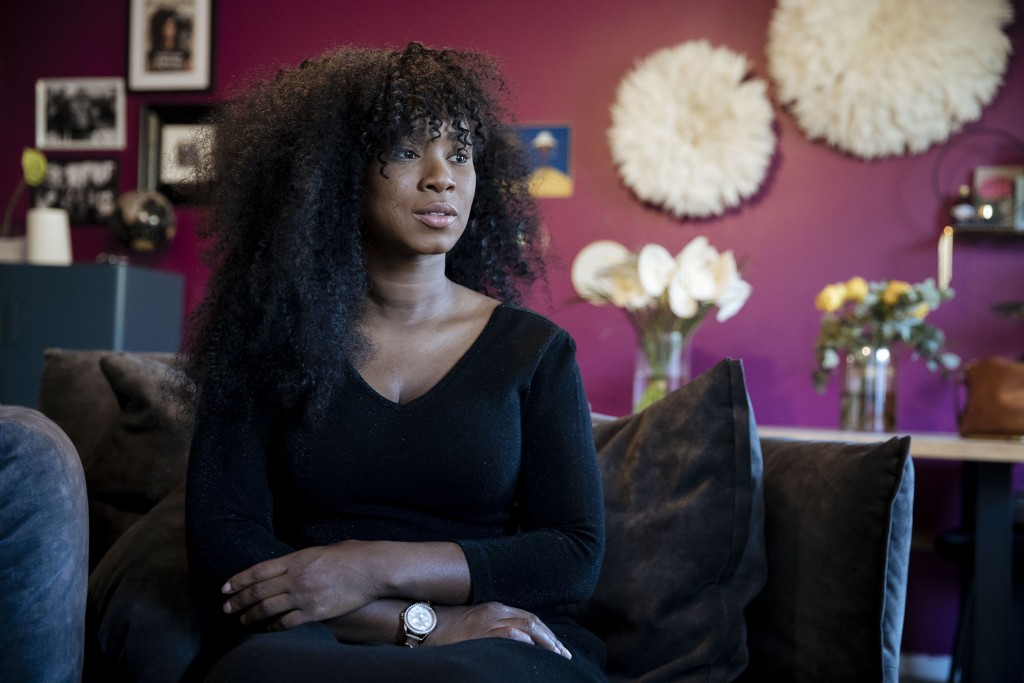 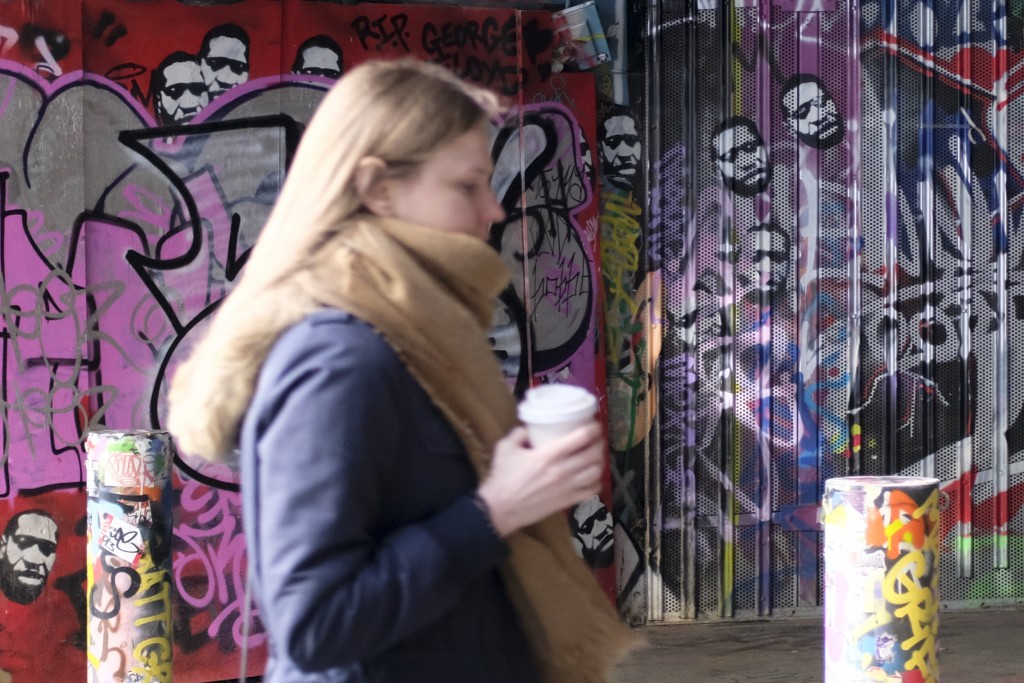 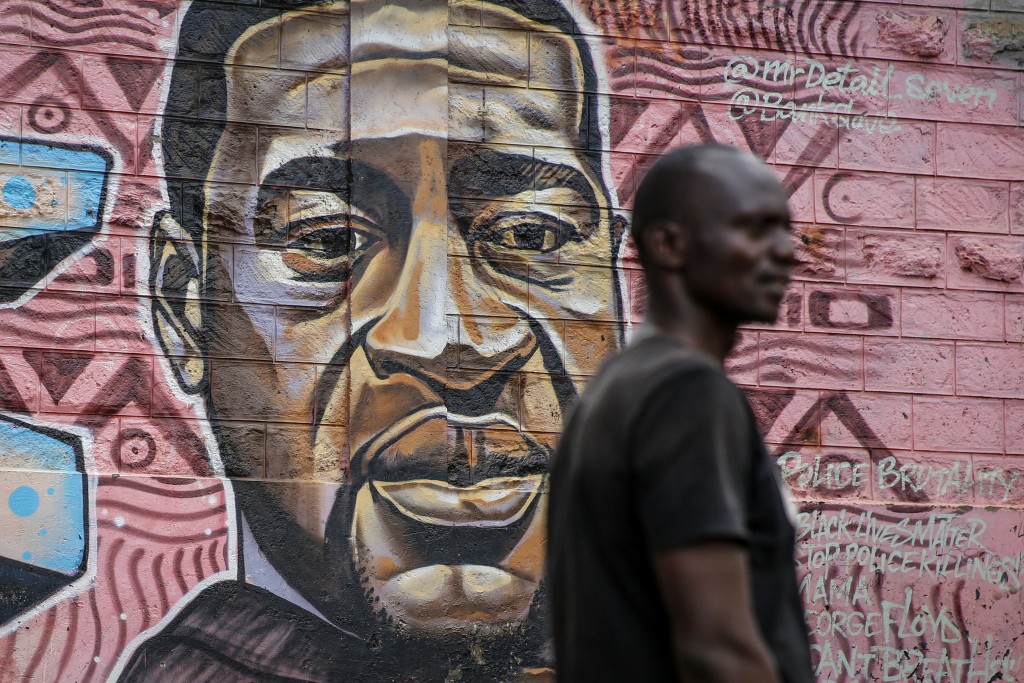 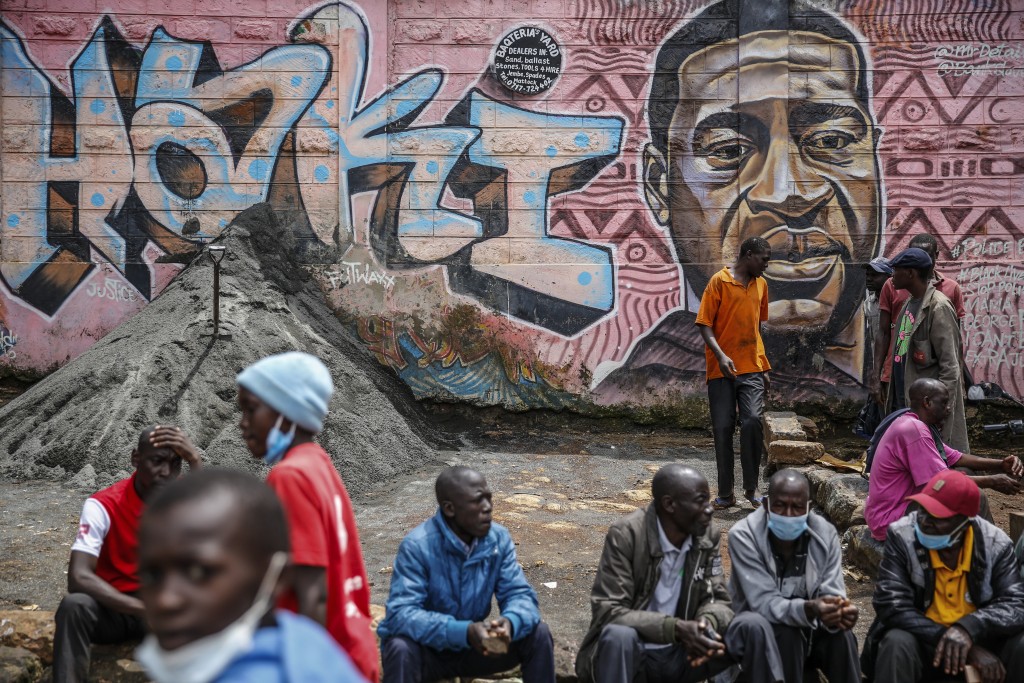 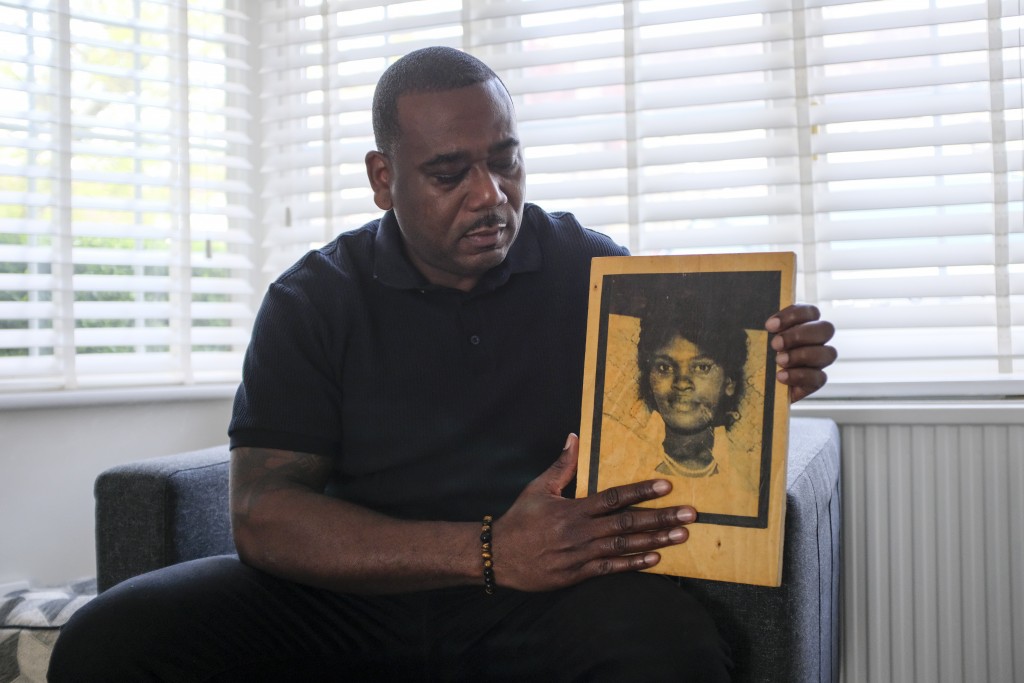 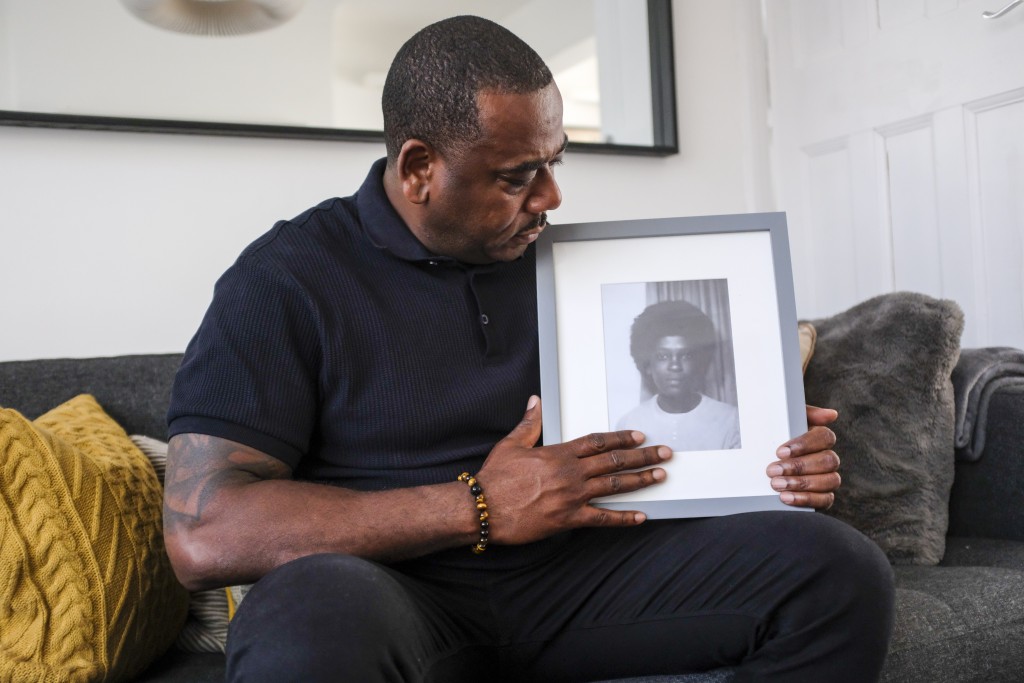 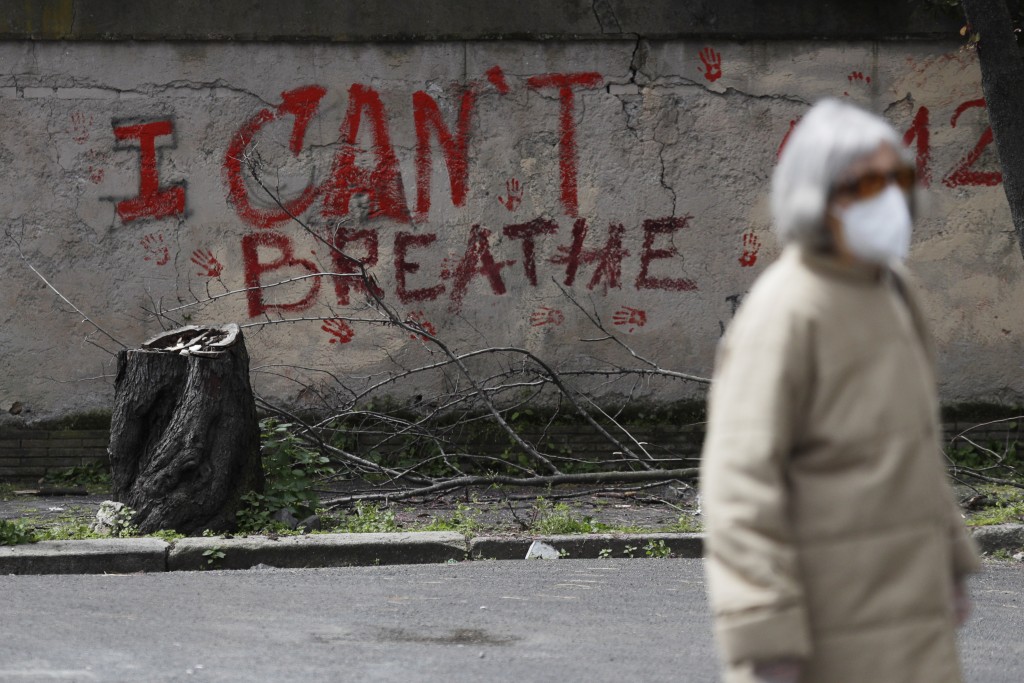 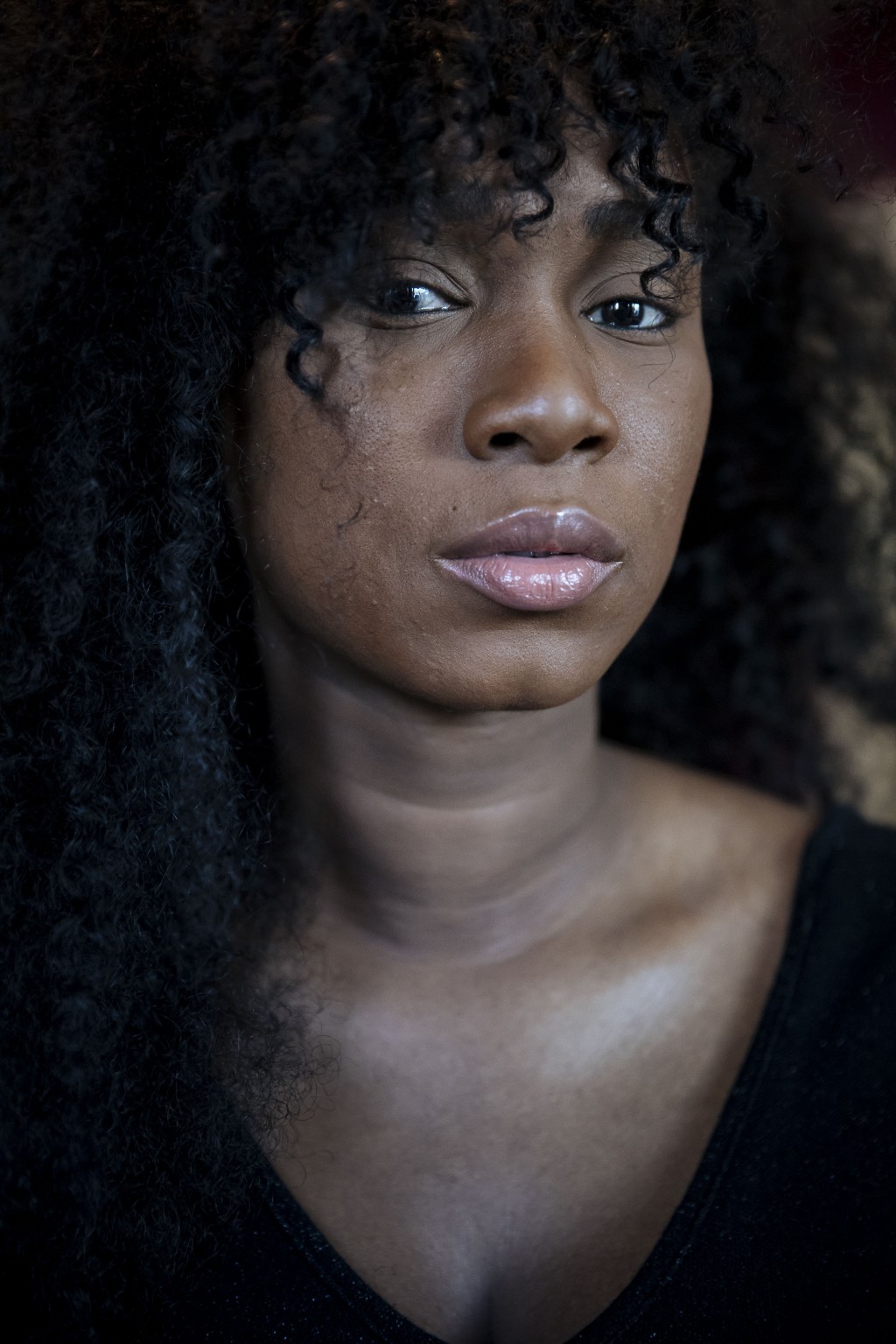 PARIS (AP) — The guilty verdict in the trial over George Floyd's death was not just celebrated in America. It signaled hope for those seeking racial justice and fighting police brutality on the other side of the Atlantic, where Black Lives Matter has also become a rallying cry.

But the fight is far from over, activists in Europe said Wednesday.

A Minneapolis jury on Tuesday found ex-police officer Derek Chauvin guilty on all counts of murder and manslaughter in the May death of Floyd, whose final words, “I can't breathe,” reverberated across the world.

“The name of George Floyd today brings this hope, this hope of a country that listens to its people,” said Assa Traore, a leading voice among those in France denouncing alleged police brutality and urging racial justice for the nation's large Black and North African population.

Traore, who spoke in an interview with The Associated Press, has been seeking justice since the 2016 death of her younger brother, who died in police custody after a chase. The death was not filmed and its cause has been fiercely disputed. Assa Traore led a massive Black Lives Matter protest that drew tens of thousands onto the streets of Paris following Floyd's death last May.

Malcolm Baker, a spokesperson for the U.K. chapter of Black Lives Matter, said that while the Chauvin verdict came as a relief and an inspiration for many, Britain still has a lot to do to combat decades of systemic racism against Black people. He cited a 2017 independent report concluding that Black people and ethnic minorities are more harshly treated at every juncture of Britain’s criminal justice system.

“Clearly the killing of George Floyd resonated with people in Britain and elsewhere in Europe,” Baker said. But resolving the problem does not stop with convictions, he argued, because “there is no evidence that convicting police officers will reduce racist police violence.”

He said that the swelling Black Lives Matter protests in 2020 were above all “about putting the police and prison system on trial.”

“And until we see the systemic changes that are required, we will continue to see these institutions abusing Black and working-class communities both in Europe and America,” he said.

“It is time to move on from talk of reform to truly rethinking policing as currently practiced in the U.S. and elsewhere,” said Michelle Bachelet. Floyd's death emphasizes just how much must still be done “to reverse the tide of systemic racism that permeates the lives of people of African descent,” she said.

“The fight for justice goes on,” Bachelet said.

The verdict gives new strength to demands for equality before the law and in the everyday lives of the increasingly racially diverse societies of Europe, where minorities, even second and third generation nationals, still fight for respect.

Statues of colonial-era figures have been pulled down in several countries to symbolically erase a past seen as the root from which discrimination has grown. French President Emmanuel Macron vowed that statues would not be touched in France and that its long colonial history must remain in view. Yet statues were pulled down, notably of a 17th century trader who established the first French Caribbean colony in Martinique.

But it is actions by police that are at the center of the struggle for equality.

In France, the first class action lawsuit was filed in January to denounce, and address, alleged “system racism” within the police force. The move by six non-governmental organizations focuses on identity checks by law enforcement that, studies have shown, target minorities above all. The French government was given four months to respond before the case can be moved to court, according to the rules.

The French justice system is achingly slow, and Traore praised the speedy trial of Chauvin and the quick verdict.

In less than a year, she said, “George Floyd's honor and dignity was restored to his family. A verdict was delivered. A corner was turned in American history.”

Claims of systemic racism strike at the heart of the French ideal of a social melting pot where origins, skin color and religion blend into a fully assimilated citizenry and a colorblind society. Yet, examples of alleged discrimination and deadly violence pile up.

The death in January 2020 of French delivery man Cedric Chouviat two days after a struggle with police over an alleged traffic violation near the Eiffel Tower — filmed by the victim and a passer-by — led to a brief ban on police chokeholds, later repealed under union pressure. The case of Chouviat, along with the violent but non-fatal police confrontation with a movie producer during an identity check, also filmed, is languishing in a judicial limbo.

The battle “is not over,” said British Formula One racing driver Lewis Hamilton, the only Black driver in the sport, summing up on Instagram a sense of unfinished business. “This is just one step on the path towards a more equal society.”