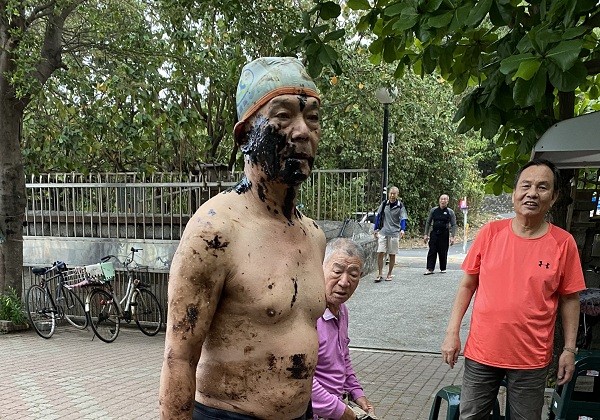 TAIPEI (Taiwan News) — More than 10 people were heavily stained with patches of oily black sludge after taking an early morning swim in the waters of Taiwan’s southern port city of Kaohsiung on Sunday morning (April 18).

The sludge was reportedly difficult to remove with soap and water and destroyed some of the swimsuits, CNA reported.

Authorities have been using oil absorbent materials to clean the contaminated area and have been tracking down the source of the leak. It is suspected that the pollution was stealthily released from ships, according to the report.