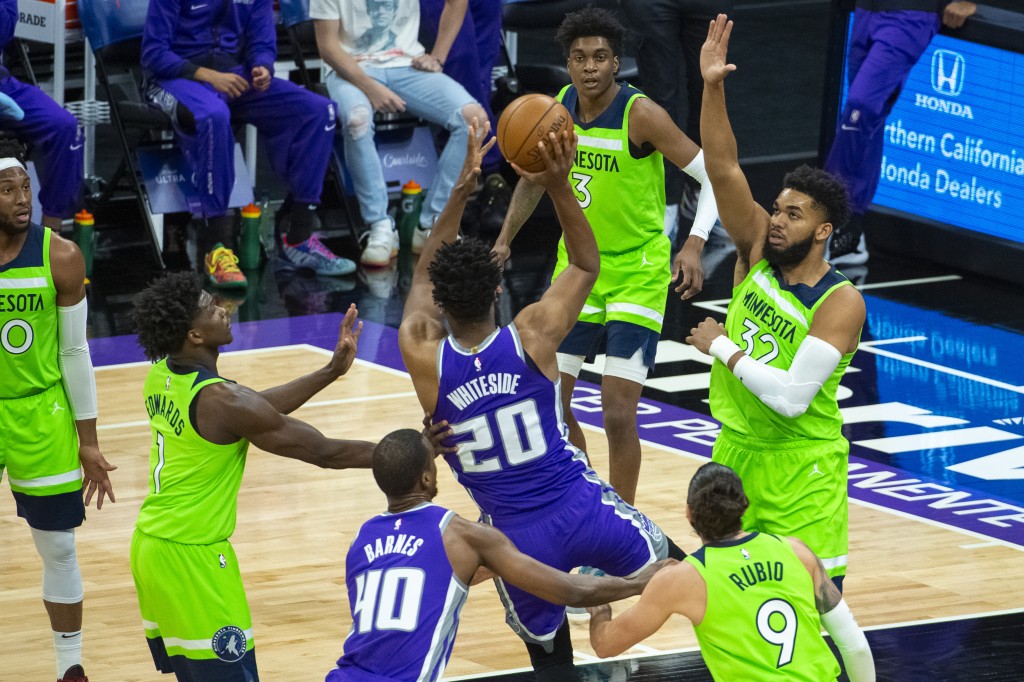 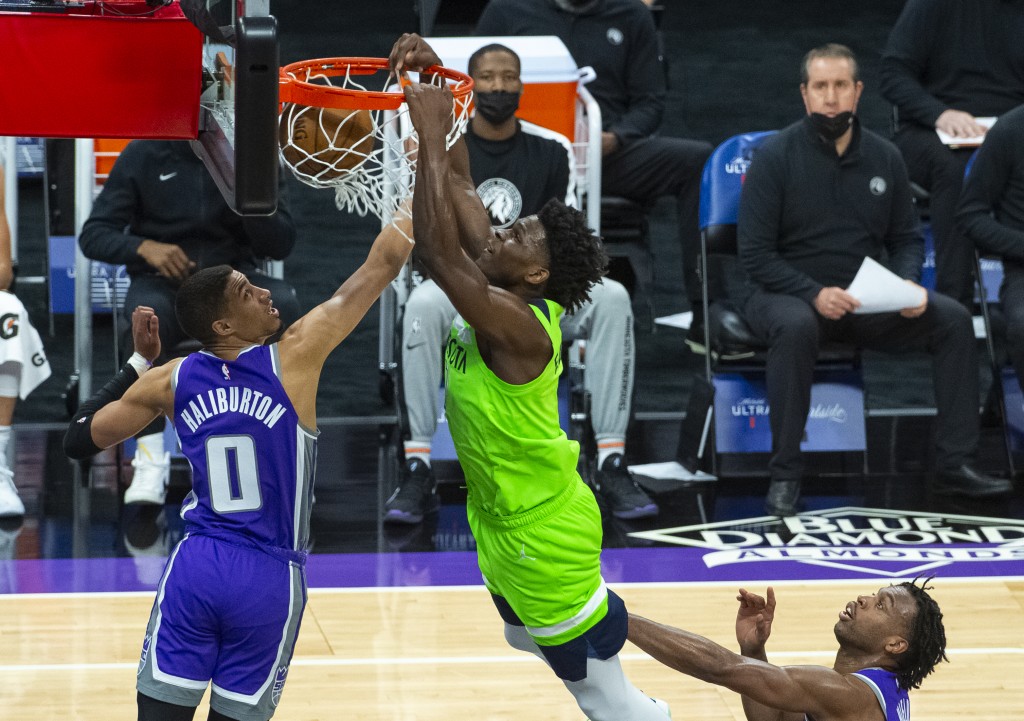 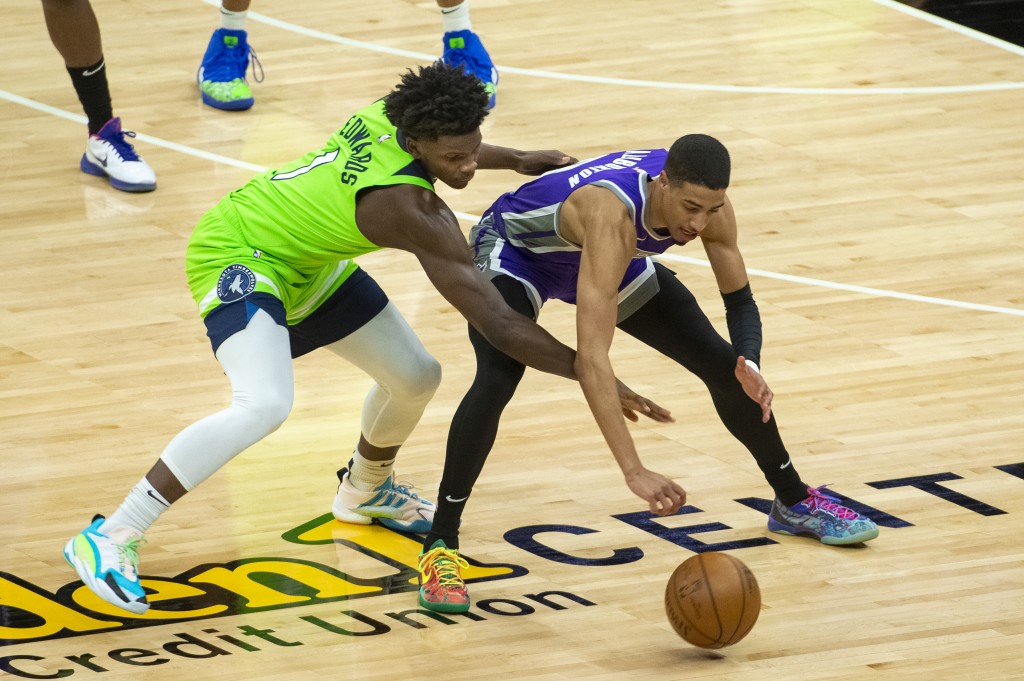 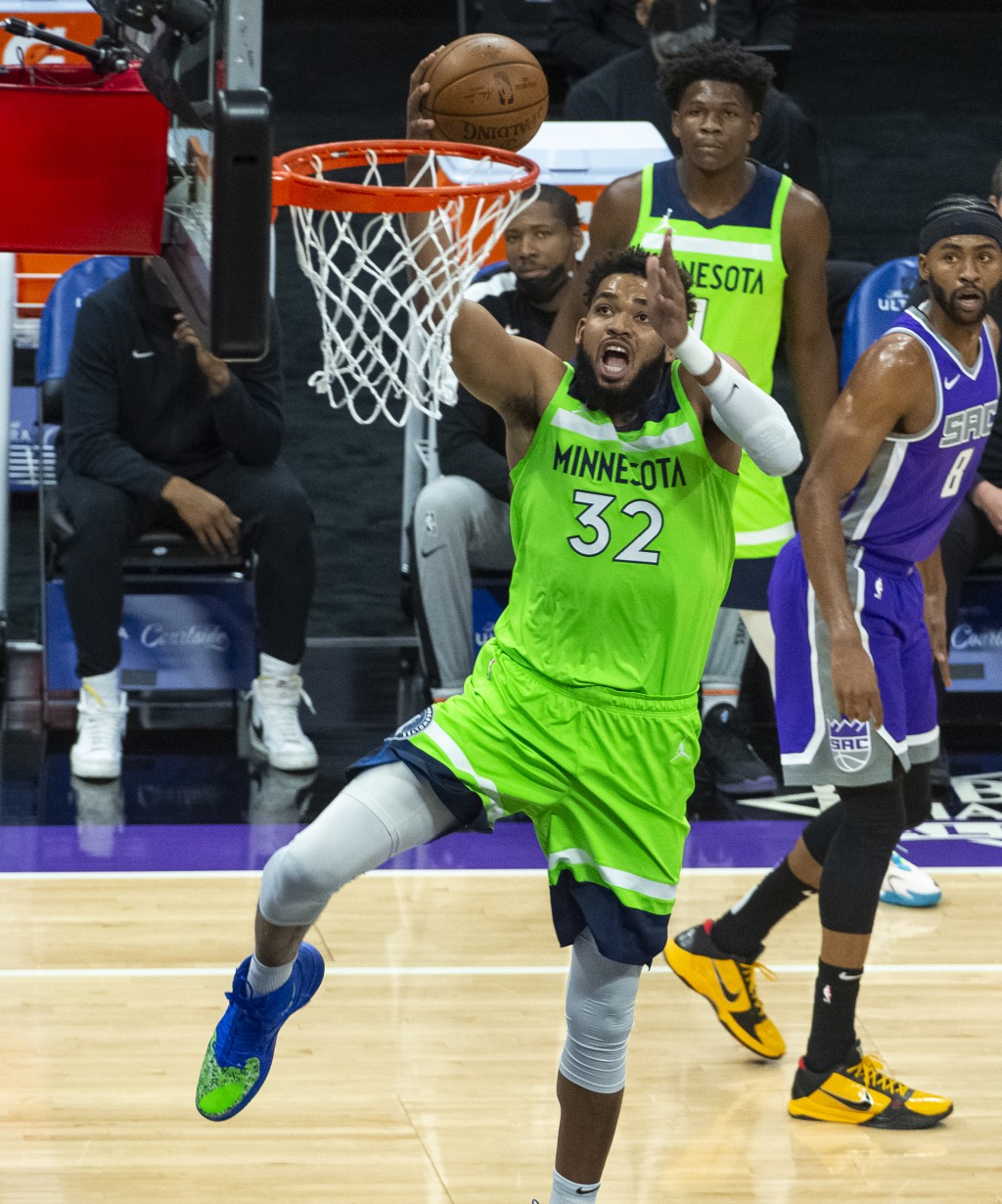 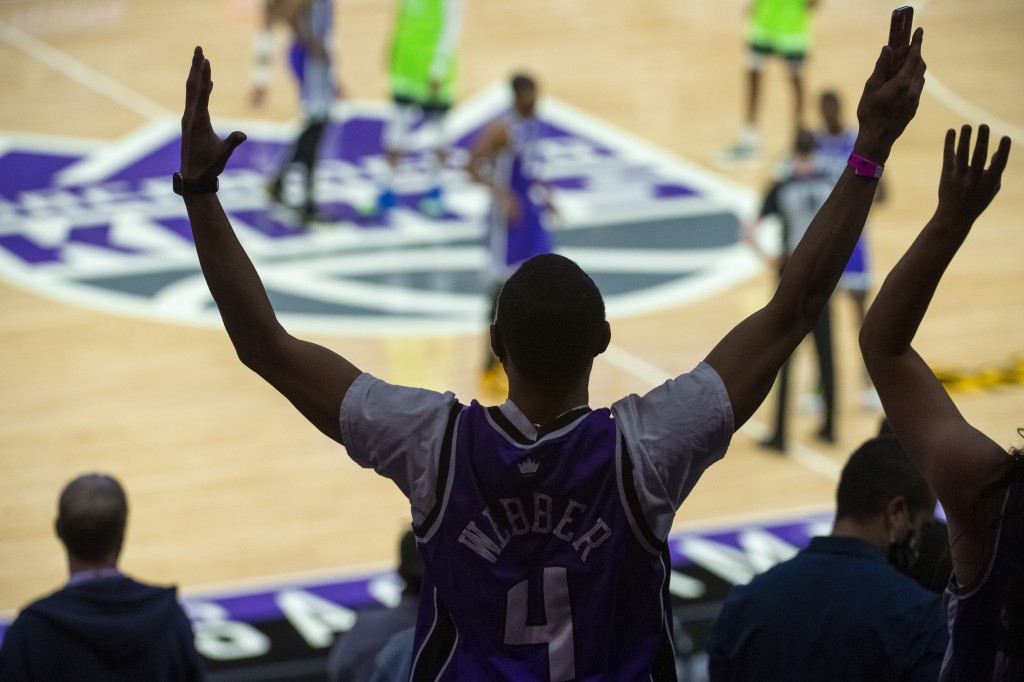 SACRAMENTO, Calif. (AP) — Karl-Anthony Towns had 25 points and a season-high 18 rebounds, and the Minnesota Timberwolves pulled away over the final five minutes and thumped the Sacramento Kings 134-120 on Tuesday night.

Anthony Edwards and D’Angelo Russell added 28 points apiece to help the Timberwolves beat the Kings for the second time this season and the first time in front of fans at Golden 1 Center. About 1,600 front-line workers sat alongside cardboard cutouts after California eased its COVID-19 restrictions eased earlier this month.

Minnesota trailed 115-114 when Edwards made his fifth 3-pointer to start a 17-3 run. Town had seven points during the stretch.

Harrison Barnes and Mo Harkless scored 20 points apiece for Sacramento. The Kings have lost 10 of 11.

The Timberwolves repeatedly burned the Kings from the perimeter with 18 3-pointers, one shy of their season high.

Sacramento pushed Minnesota after a slow start and led 103-99 going into the fourth before getting held to 17 points over the final 12 minutes.

Six days after getting hit with delay of game calls three times in the fourth quarter, the Kings were called for another delay – this time before the opening tip-off. No reason was given but Buddy Hield, as he does before most home games, was last to joint the rest of the players on court.

Timberwolves: Minnesota made nine 3s in the first quarter. Edwards had four of them and scored 16 in the opening 12 minutes. … Jaylen Nowell has missed the last three games with a bruised right tibia.

Kings: Hassan Whiteside had 12 points and seven rebounds in his second straight start. He was also called for delay for hanging on the rim following a dunk. … Terence Davis was whistled for a technical in the third quarter.

The teams play again at Golden 1 Center on Wednesday.