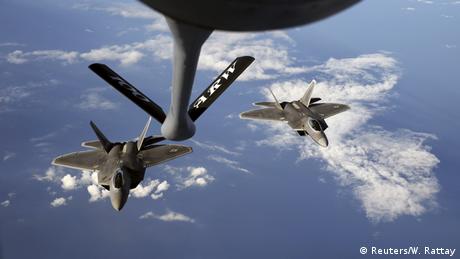 The defense ministers of France and Germany on Tuesday set a deadline for the end of April to reach a deal on the future of a next-generation stealth fighter.

During a visit to Paris, German Defense Minister Annegret Kramp-Karrenbauer said there were still some final points, involving engine development and legal issues, that needed clarification.

"We as politicians expect the industry to jointly find a viable basis (for the next steps of the project) which we can accept," she told a joint press conference, adding that development of the aircraft was in a "very decisive phase."

French Armed Forces Minister Florence Parly told reporters: "We both think the same thing: we need a deal by the end of April and I am confident we can get there together,"

A first prototype of the new stealth fighter jet, currently known as "the Demonstrator," is scheduled to begin test flights in 2026.

Until recently, progress had been hampered by questions about how to share the responsibility of construction as well as the allocation of intellectual property rights for the cutting-edge technologies used in the plane.

Following weeks of strained negotiations that were putting the plane's development into doubt, manufacturers Airbus and Dassault Aviation reached a burden-sharing deal.

The companies will produce many of the components for the Future Combat Air System (FCAS) that is intended to prove the EU's ability to integrate its disparate defense forces and increase its military sovereignty. Plans call for the new plane to be fully operational by 2040, when it is to eventually replace the Eurofighter.

In addition to Germany and France, Spain is also involved in the project.

What else does the project include?

Besides planes, the defense system also includes drones and satellites.

Dassault is leading the jet development side of the project, while Airbus is spearheading the development of the drones and the ultra-fast "combat cloud" communications network designed to harness artificial intelligence capabilities.

French lawmakers warned this month that time was running out to move forward on the plane and its associated drones and network technologies if it is to be operational by 2040 as planned.

Kramp-Karrenbauer said Germany was feeling some time pressure because parliament is being asked to decide on the next stage of the project before elections take place in September.