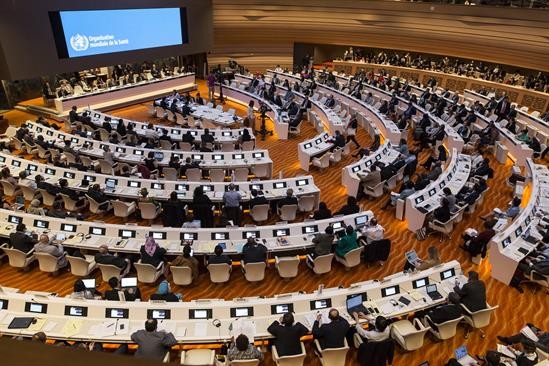 TAIPEI (Taiwan News) — The World Medical Association (WMA) on Tuesday (April 20) voted overwhelmingly in favor of Taiwan's participation in the World Health Organization (WHO), despite objections from China.

On Tuesday, the first day of the 217th WMA Council Session, which was held online due to the pandemic instead of at the originally scheduled venue in Seoul, South Korea, top leaders voted on a resolution to support Taiwan's participation in the World Health Assembly (WHA) and WHO. After a period of intense debate between the Taiwan Medical Association (TMA) and Chinese Medical Doctor Association (CMDA), the motion was passed almost unanimously, with China being the sole dissenter.

Democratic Progressive Party (DPP) lawmaker and Taiwan Medical Association President Chiu Tai-yuan (邱泰源) served as Taiwan's representative at the meeting, joined by 10 of his TMA colleagues. During the TMA's presentation prior to the vote, Cheng Shao-yi (程劭儀), an associate professor at National Taiwan Univesity Hospital, explained Taiwan's COVID-19 epidemic prevention strategy and the results of the association's grassroots efforts to combat the virus.

Cheng used empirical data to illustrate the obstacles and difficulties Taiwan has faced by being excluded from the WHO and related mechanisms. She then called on member countries to implement the spirit of the WHO charter, asserted that political considerations should not take precedence over health, and said "Taiwan can help and Taiwan is helping," reported ETtoday. The CMDA called for the resolution to be revoked, claiming that "Taiwan is part of China," and purported that China can ensure the health of Taiwan's people. After a fierce debate, China's call to repeal the resolution was denied.

The council then passed the resolution with a vote of 22 to 1. Afterward, Chiu thanked Taiwanese President Tsai Ing-wen (蔡英文) for her continuous support as well as various Taiwanese government ministries, especially the Ministry of Foreign Affairs, "for their great help."

The TMA pointed out that the WMA has supported Taiwan's entry into the WHO for many years, having previously officially backed Taiwan's participation in a 2005 resolution. The association said that amid the ongoing pandemic, the resolution represents "the universal recognition of the international medical community that health is a basic human right and a universal principle, and should not be affected by politics."