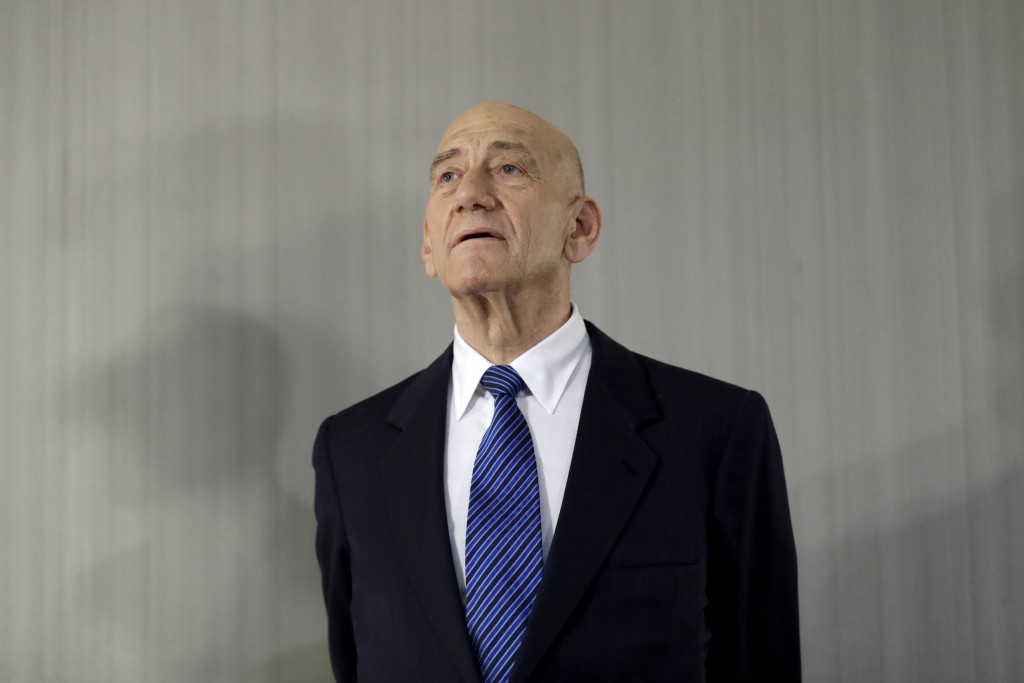 JERUSALEM (AP) — Prime Minister Benjamin Netanyahu is threatening to sue his predecessor, Ehud Olmert, if he does not apologize for saying the Israeli leader's family suffers from mental illness.

A spokesman for the Netanyahu family confirmed Monday that the Netanyahus’ attorney sent Olmert the letter of warning in advance of a possible defamation suit.

In an interview last week with Democrat TV, an Israeli news site, Olmert leveled criticism at Netanyahu and said that "what is irreparable is the mental illness of the prime minister, his wife and his son."

According to Channel 12 TV, a Netanyahu family attorney demanded that Olmert apologize within a week and pay 1 million shekels ($306,000) in damages or face a libel lawsuit.

Olmert showed no signs of backing down Monday, telling Channel 13 TV: "The time has come to tell this family: that’s enough."

Olmert preceded Netanyahu as Israel's prime minister, but resigned in 2008 before he was formally indicted on corruption charges. He was convicted of fraud in 2014 and served most of a 27-month prison sentence. Netanyahu is currently on trial for fraud, breach of trust and accepting bribes, but denies any wrongdoing. He has refused to step down from office while under indictment.