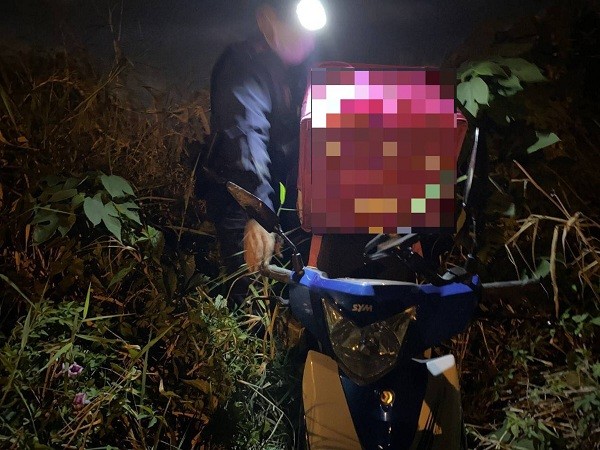 TAIPEI (Taiwan News) — Four police officers on Thursday (April 15) helped a food delivery driver get her scooter out of a tight spot in Miaoli County after she got into trouble following a navigation app.

Miaoli County Datong Police Station chief Fang Kou-wei (房國雄) and police officer Chen You-chia (陳宥嘉) were patrolling at around 7 p.m. on Thursday night. They were informed that a scooter rider was stuck beside a breakfast store on a back road in Zhunan Township, CNA reported.

Arriving at the scene, Fang and Chen found the woman had fallen into thick undergrowth down an embankment. The part-time worker was delivering chicken cutlets and drinks.

She followed a navigation app onto a back road and into farm fields, falling down the embankment. Though the woman was not hurt, her scooter was stuck in the thick and tall undergrowth, per CNA.