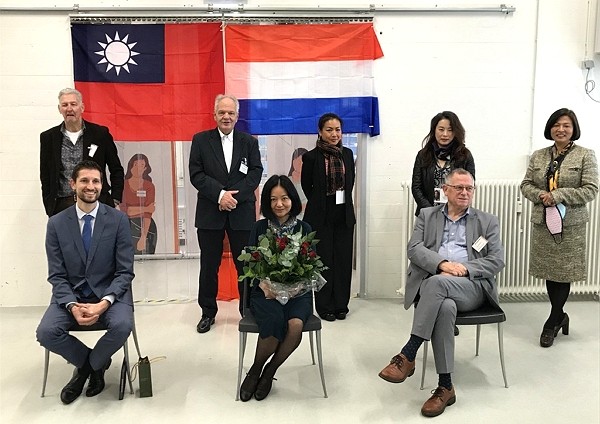 TAIPEI (Taiwan News) — Taiwan's representative to the Netherlands, Chen Hsin-hsin (陳欣新), is calling on Europe to stand up against Beijing's pressure on Taiwan, emphasizing that a cross-strait conflict would significantly affect trade in the region.

In an editorial run by Dutch newspaper Reformatorisch Dagblad Wednesday (April 14), Chen brought attention to China's increasing military activity near Taiwan. She emphasized that European countries have benefited from "free passage and peace and stability" in the Taiwan Strait and their trade interests would be at risk in the event of a conflict there.

Citing U.S. military officials' warning that Beijing could invade Taiwan within six years, Chen said the communist regime has been attempting to "exhaust Taiwan politically, militarily, and psychologically" since last September by engaging in a "gray war." She said the Taiwan military had been forced to fend off intruding Chinese aircraft and ships at least 4,000 times during this period.

Chen emphasized that greater European military involvement in the Taiwan Strait would be "justified" and in accordance with the region's current China strategy. She also encouraged the formation of a "Europe-Taiwan strategy" and said a European version of the U.S.' "Taiwan Relations Act" would provide certainty and clarity for all parties involved.

While Taiwan relies on like-minded democracies to counter Chinese aggression, the representative said the country will continue to "stand up against the much larger China as David against Goliath." She added that democracy will be the stone that defeats "Goliath."