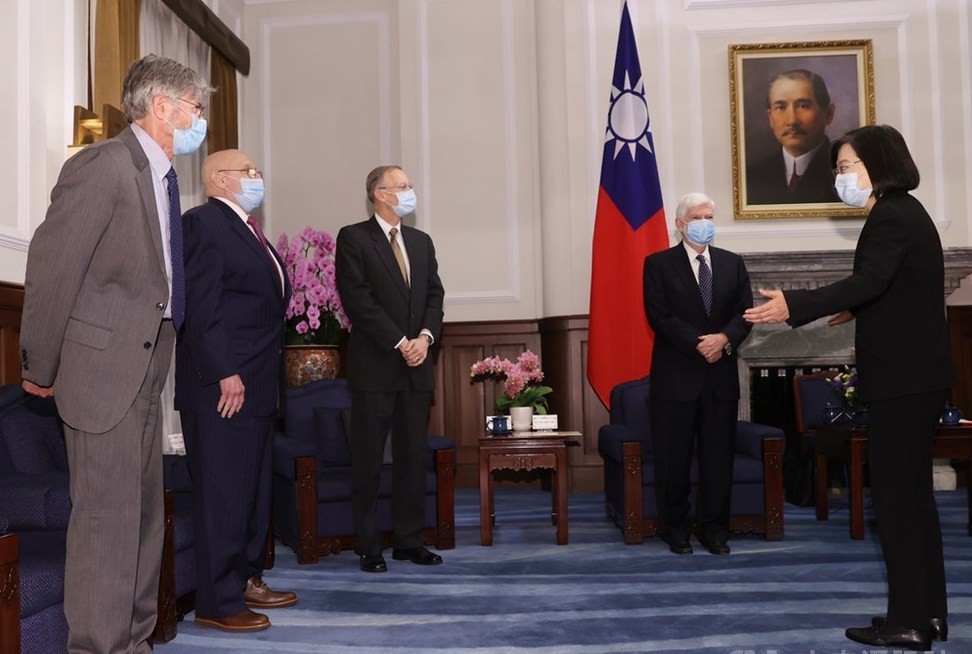 As the first delegation sent by the Biden administration, former Senator Chris Dodd and former Deputy Secretaries of State Richard Armitage and James Steinberg received a warm welcome from President Tsai. She pointed out that the delegation's visit shows bipartisan support from the U.S., whose commitment to Taiwan the State Department recently described as “rock solid.”

In her remarks, Tsai applauded progress made in the U.S. to promote bilateral relations, including new guidelines that ease limits on official contact under the Taiwan Assurance Act as well as a memorandum of understanding (MOU) establishing a working group between the two nations’ coasts guards in March.

In his remarks, Dodd expressed condolences on behalf of the delegation over the Hualien derailment accident earlier this month.

He pointed out that Taiwan and the U.S. share deep economic ties, democratic values, and a “critically important" security partnership. In this year of the 42nd anniversary of the Taiwan Relations Act (TRA), U.S -Taiwan relations are “stronger than ever,” he said.

Dodd emphasized that the bipartisan delegation, sent on behalf of President Joe Biden, was meant to reaffirm U.S commitment to the partnership and strengthen cooperation between the two sides.

He pointed out that the updated Taiwan Assurance Act encourages interaction and reciprocal visits between American and Taiwanese officials. Dodd added that the U.S. will help Taiwan expand its international space and develop self-defense capabilities.

“You will find the Biden administration to be a reliable, trusted friend,” the retired senator said.