The U.S. Department of Commerce added three companies and four branches of China’s National Supercomputing Center to its Entity List on April 9, which requires American companies to obtain a license before they can ship to the Chinese entities. The three Chinese companies are Tianjin Phytium Information Technology, Shanghai High-Performance Integrated Circuit Design Center, and Sunway Microelectronics.

Taiwan’s Minister of Economic Affairs Wang Mei-hua (王美花) said the country’s tech firms would abide by Taiwanese and U.S. regulations. “Our companies, whether producers or exporters, must comply with our country’s rules. Of course the United States has new rules, and our companies will pay attention and comply with the key criteria of the U.S. rules,” Reuters cited Wang as saying.

Alchip Technologies Ltd, which made 39 percent of its revenue from Phytium last year, said on Tuesday (April 13) that it had halted production for all products meant for the Chinese supercomputing company. Alchip’s shares slid 9.9 percent on Wednesday, while their overall share value has tumbled by more than a third since the Commerce Department’s announcement last week, according to Reuters.

Taiwan Semiconductor Manufacturing Co (TSMC) has also reportedly suspended new orders from Phytium, according to an SCMP piece. TSMC said it could not confirm the report and declined to comment further, per Reuters. 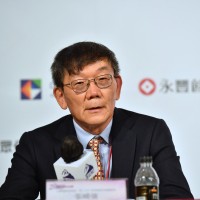