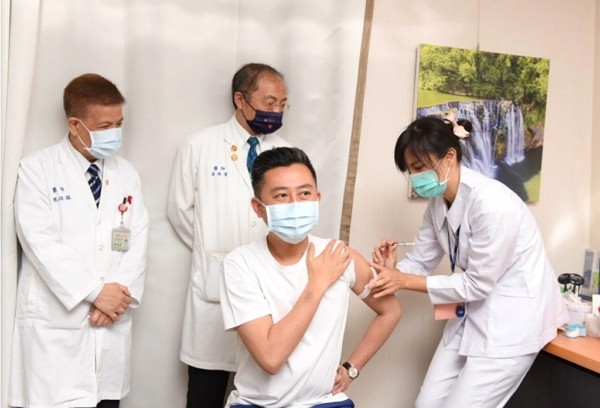 As the Taiwanese public continues to show a lack of interest in receiving the vaccine, Health Minister Chen Shih-chung (陳時中) announced Wednesday that eligibility for the Oxford-AstraZeneca vaccine will be expanded to include approximately 5,000 people who need to travel abroad for special reasons.

So far, an estimated 618,000 people in the country are eligible to be vaccinated, including all employees at healthcare facilities, government epidemic prevention workers, those with a higher risk of COVID-19 exposure due to their occupation, and people in the fourth priority group.

Chen pointed out that the country's mass vaccination campaign, which began on March 22, is surprisingly unpopular among Taiwanese, who remain "unenthusiastic" about getting vaccinated. As of Tuesday afternoon (April 13), only 27,113 adults have received at least their first jab, he said.

At the current rate, it is unlikely that the two shipments of the COVID-19 vaccine that Taiwan has received — 117,000 doses purchased directly from AstraZeneca and 199,200 AstraZeneca doses secured via COVAX — will be used up before they expire on June 15 and May 31, respectively, Chen noted. He added that the government will continue to accelerate its vaccination timeline to prevent the vaccine from going to waste.

Chen said Taiwan is possibly the only country in the world that is concerned about not being able to use up its vaccine supply before it expires. He joked that the Taiwanese will rush to get vaccinated if local cases are reported in the country.

Meanwhile, Chen revealed that the next vaccine shipment will arrive soon. Although he did not provide the name of the manufacturer, the Central Epidemic Command Center previously said the country is expected to receive 5.05 million doses of the Moderna vaccine in May and have its domestic shots ready by July.