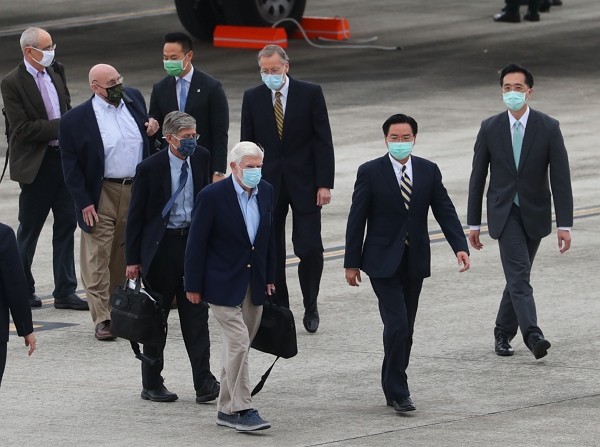 TAIPEI (Taiwan News) — Former American Institute in Taiwan (AIT) Director Richard Bush said Thursday (April 15) that the delegation sent by U.S. President Joe Biden to Taiwan is likely a "trip of reassurance" and that it offers a glimpse of the new administration's policy toward the East Asian country.

Despite the trip being labeled as "unofficial," the group is the first American delegation to visit Taiwan since Biden took office in January. The former U.S. officials are scheduled to meet with President Tsai Ing-wen (蔡英文), Premier Su Tseng-chang (蘇貞昌), and Foreign Minister Joseph Wu (吳釗燮) during their two-day visit, according to the Ministry of Foreign Affairs.

Speaking at a virtual event organized by Washington think tank the Brookings Institution on Thursday, Bush noted that the visit is likely to reassure Taipei of Washington's support. He said the visiting American officials will clarify Biden's Taiwan policy and give the Taiwanese people a clearer understanding of his stance on cross-strait issues.

Bush said the trip will certainly help enhance relations between the two countries. The delegation will also have the opportunity to convey messages between Biden and Tsai in private, he added.