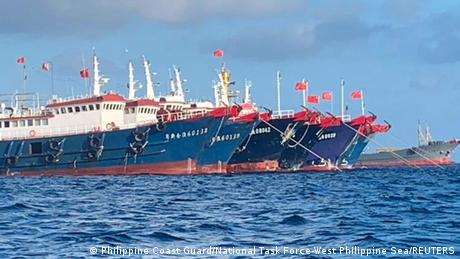 When an earthquake struck Taiwan in February 2018, the Taiwanese government preferred to accept the help of former colonial power Japan over that of neighboring China.

Whenever Beijing does not get what it wants, it invariably resorts to making threats, warning Tokyo that Japan should not interfere in Taiwan. China views the tiny island as part of its territory because it was placed under the governance of China after the surrender of Japan at the end of World War II.

Japan wrought widespread destruction and committed atrocities on a large scale when it occupied parts of China during the war. Yet it has become Taipeh's closest advocate — ever since China's autocratic leadership began to bluntly threaten the state with occupation and war. Just a month ago, when Beijing suddenly stopped importing Taiwanese pineapples, Japan promptly bought up the harvest, helping the country in an emergency.

It is obvious that Taiwan will be one of the items at the top of the agenda when Japanese Prime Minister Yoshihide Suga becomes the first foreign head of government to visit US President Joe Biden in Washington. But it will not be the only item slated for discussion between the two leaders. China is becoming increasingly aggressive —it twice sent an aircraft carrier and a naval strike group past the Japanese island of Okinawa within the space of a few weeks.

Taiwan is not the only island in the region that China wants to swallow up. The disputed Senkaku Islands — known in China as the Diaoyu Islands — are not far from Taiwan and Beijing also regards them as their own. And, as if that were not enough, more than 200 Chinese vessels laid anchor off the Spratly Islands in the South China Sea at the end of March.

The Philippines described them as being manned by Chinese militia, while Beijing casually referred to a "fishing fleet." Xi Jinping has clearly taken a leaf out of Vladimir Putin's book. In Crimea, the Russian president has presented the international community with a fait accompli, forcing it to accept the situation or go to war.

Beijing is, accordingly, putting on a show of confidence driven by the conviction that the rest of the world would not be prepared to wage war with China. But, in reality, analysts are at loggerheads over whether the so-called People's Liberation Army would really be in the position to attack and capture Taiwan, which has an army like any other independent country, without completely destroying the island in the process.

At the moment there is only one country capable of reining in Beijing's expansionist ambitions and that is the United States of America. Up to now, however, President Biden has not explicitly pledged to defend Taiwan militarily against China. And that is even though the US has a vital interest in protecting Taiwan. The country produces chips that you can find in any cellphone and which are essential to the US economy.

If Beijing successfully seized the uninhabited islands that dot the waters from Japan to the Philippines, then the Communist Party would control this entire part of the world and be able to influence global trade in any way they thought fit. Japan has only maintained the so-called Self-Defense Force since World War II and depends on Washington for military protection. If things were to culminate in an armed conflict between Beijing and Tokyo, the US would be expected to step in.

The international community would be advised to closely observe the events taking place in the seas surrounding China and decide what positions that they would adopt in the case of war. In the light of the rising tensions, it would be dangerous not to do so.

Biden has pledged to the American people that he will continue to maintain a tough stance on China. And Japan will work together closely with its most important ally. But what tack will other Western powers take when faced with the growing threat of war?

Alexander Görlach is a senior fellow with the Carnegie Council for Ethics in International Affairs and a senior research associate at the Religion & International Studies Institute at Cambridge University. He has also held several scholarly and advisory positions at Harvard University, National Taiwan University and the City University of Hong Kong. He holds PhDs in comparative religion and linguistics.