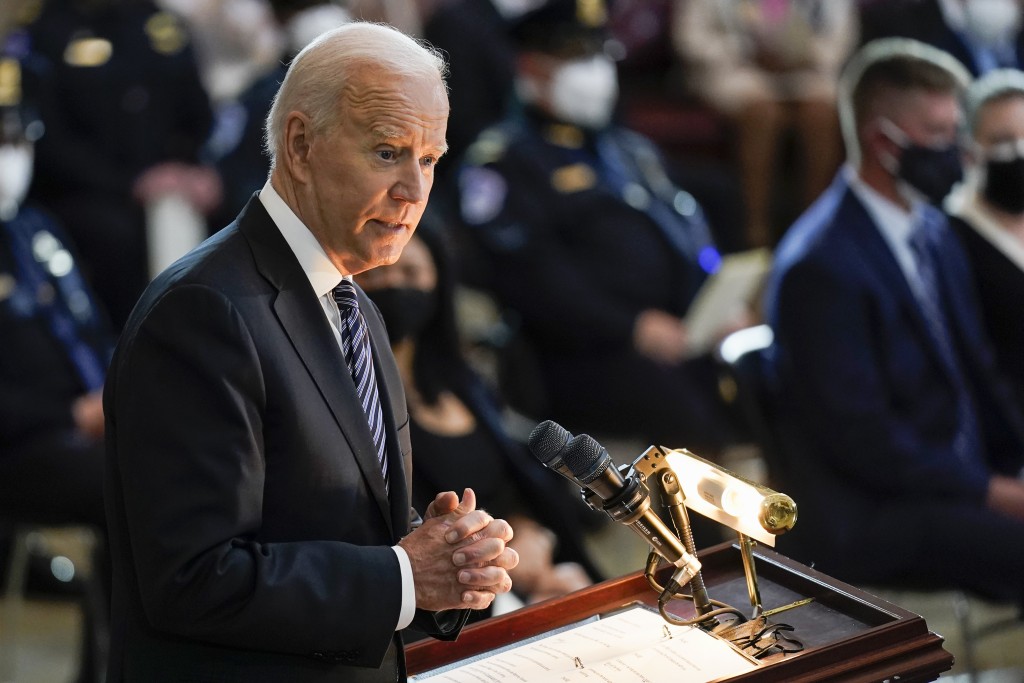 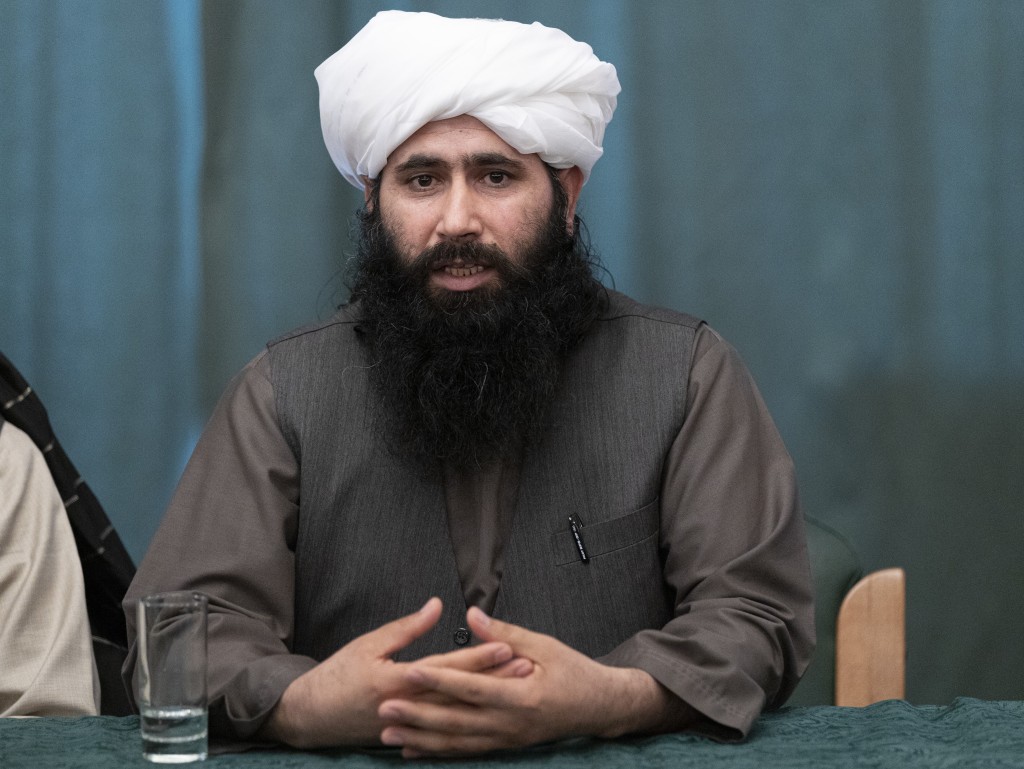 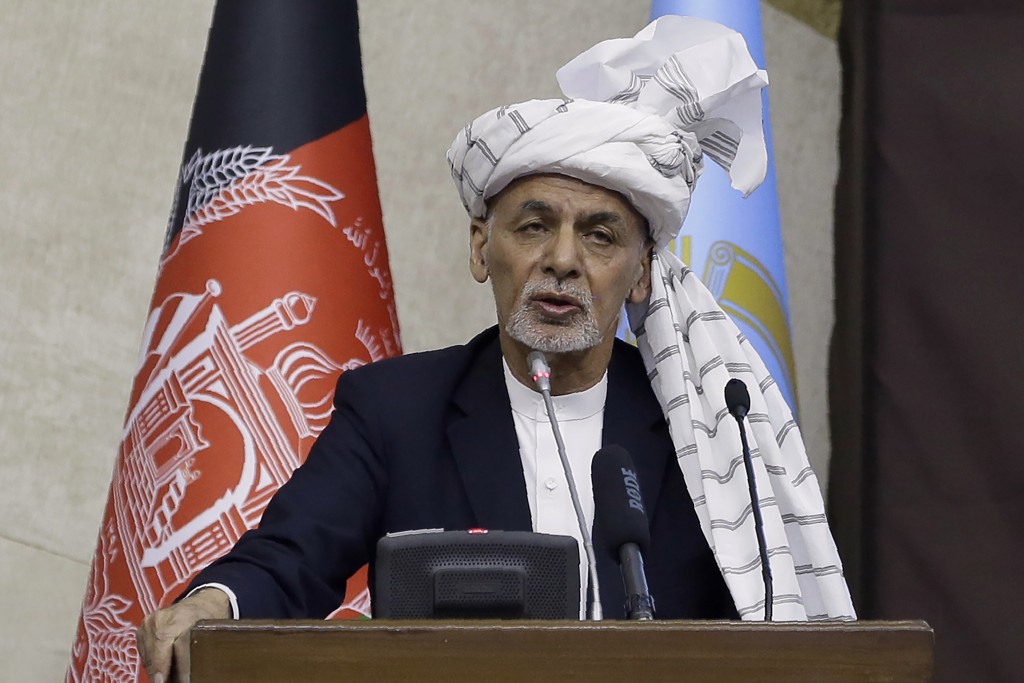 WASHINGTON (AP) — President Joe Biden will withdraw all U.S. troops from Afghanistan by Sept. 11, the 20th anniversary of the terrorist attacks on America that were coordinated from that country, several U.S. officials said.

Biden will lay out his vision for the way forward in Afghanistan and the timeline for the withdrawal in remarks Wednesday afternoon, The White House said. Punctuating the nearly two decades U.S. troops have fought and died in Afghanistan, the president will then visit Section 60 of Arlington National Cemetery to honor the sacrifice of those who died in recent American conflicts.

The decision to withdraw troops by fall defies a May 1 deadline for full withdrawal under a peace agreement the Trump administration reached with the Taliban last year, but leaves no room for additional extensions. A senior administration official on Tuesday called the September date an absolute deadline that won't be affected by security conditions in the country.

While Biden's decision keeps U.S. troops in Afghanistan four months longer than initially planned, it sets a firm end to two decades of war that killed more than 2,200 U.S. troops, wounded 20,000, and cost as much as $1 trillion. The conflict largely crippled al-Qaida and led to the death of Osama bin Laden, the architect of the Sept. 11 attacks. But an American withdrawal also risks many of the gains made in democracy, women's rights and governance, while ensuring that the Taliban, who provided al-Qaida's haven, remain strong and in control of large swaths of the country.

Biden has been hinting for weeks that he was going to let the May deadline lapse, and as the days went by it became clear that an orderly withdrawal of the roughly 2,500 remaining troops would be difficult and was unlikely. The administration official said the drawdown would begin by May 1.

Biden's choice of the 9/11 date underscores the reason that American troops were in Afghanistan to begin with — to prevent extremist groups like al-Qaida from establishing a foothold again that could be used to launch attacks against the U.S.

The administration official said Biden decided that the withdrawal deadline had to be absolute, rather than based on conditions on the ground. “We’re committing today to going to zero” U.S. forces by Sept. 11, and possibly well before, the official said, adding that Biden concluded that a conditioned withdrawal would be “a recipe for staying in Afghanistan forever.”

Defense officials and commanders had argued against the May 1 deadline, saying the U.S. troop withdrawal should be based on security conditions in Afghanistan, including Taliban attacks and violence.

White House press secretary Jen Psaki didn't provide details of Biden's remarks planned for Wednesday, but she said during a White House briefing that Biden "has been consistent in his view that there is not a military solution to Afghanistan, that we have been there for far too long.”

Psaki tweeted later Tuesday that Biden's visit to Arlington National Cemetery was “to pay his respects to the brave men and women who have paid the ultimate sacrifice in Afghanistan.”

Several U.S. officials confirmed Biden’s withdrawal decision to The Associated Press, and an administration official provided details to reporters on condition of anonymity, speaking ahead of the announcement.

According to the administration official, the only U.S. forces remaining in Afghanistan will be those needed to protect diplomats there. No exact number was provided, but American troop totals in Afghanistan have been understated by U.S. administrations for years. Officials have quietly acknowledged that there are hundreds more in Afghanistan than the official 2,500 number, and likely would include special operations forces conducting covert or counterterrorism missions, often working with intelligence agency personnel.

Biden's new, extended timeline will allow a safe and orderly withdrawal of American troops in coordination with NATO allies, the administration official added.

The president's decision, however, risks retaliation by the Taliban on U.S. and Afghan forces, possibly escalating the 20-year war. And it will reignite political division over America’s involvement in what many have called the endless war.

An intelligence community report issued Tuesday about global challenges for the next year said prospects for a peace deal in Afghanistan are “low” and warned that “the Taliban is likely to make gains on the battlefield. If the coalition withdraws support, the report says, the Afghan government will struggle to control the Taliban.

Congressional reaction to the new deadline was mixed.

“Precipitously withdrawing U.S. forces from Afghanistan is a grave mistake," said Senate Republican leader Mitch McConnell, R-Ky. “It is retreat in the face of an enemy that has not yet been vanquished and abdication of American leadership.”

Sen. Jim Inhofe of Oklahoma, the ranking Republican on the Senate Armed Services Committee, slammed it as a “reckless and dangerous decision.” He said any withdrawal should be conditions-based, adding that arbitrary deadlines could put troops in danger, create a breeding ground for terrorists and lead to civil war in Afghanistan.

Democrats were generally more supportive. Sen. Jack Reed, D-R.I., chairman of the Armed Services Committee, said President Donald Trump’s May 1 deadline limited Biden’s options. “We still have vital interests in protecting against terrorist attacks that could be emanating from that part of the world, but there are other areas, too, we have to be conscious of,” Reed said.

But at least one senior Democrat expressed disappointment. Sen. Jeanne Shaheen of New Hampshire said in a tweet that the U.S. “has sacrificed too much to bring stability to Afghanistan to leave w/o verifiable assurances of a secure future.”

Taliban spokesman Zabihullah Mujahed told the AP that the religious militia is waiting for a formal announcement to issue its reaction. The Taliban previously warned the U.S. of “consequences” if it reneged on the May 1 deadline.

In a February 2020 agreement with the Trump administration, the Taliban agreed to halt attacks and hold peace talks with the Afghan government, in exchange for a U.S. commitment to a complete withdrawal by May 2021.

Over the past year, U.S. military commanders and defense officials have said that attacks on U.S. troops have largely paused, but that Taliban attacks on the Afghans increased. Commanders have argued that the Taliban have failed to meet the conditions of the peace agreement by continuing attacks on the Afghans and failing to totally cut ties with al-Qaida and other extremist groups.

When Biden entered the White House in January, he was keenly aware of the looming deadline and had time to meet it if he had chosen to do so. He began a review of the February 2020 agreement shortly after taking office, and has been consulting at length with his defense advisers and allies.

In recent weeks, it became increasingly clear that he was leaning toward defying the deadline.

“It’s going to be hard to meet the May 1 deadline,” Biden said in March. “Just in terms of tactical reasons, it’s hard to get those troops out.” He added, “And if we leave, we’re going to do so in a safe and orderly way.”