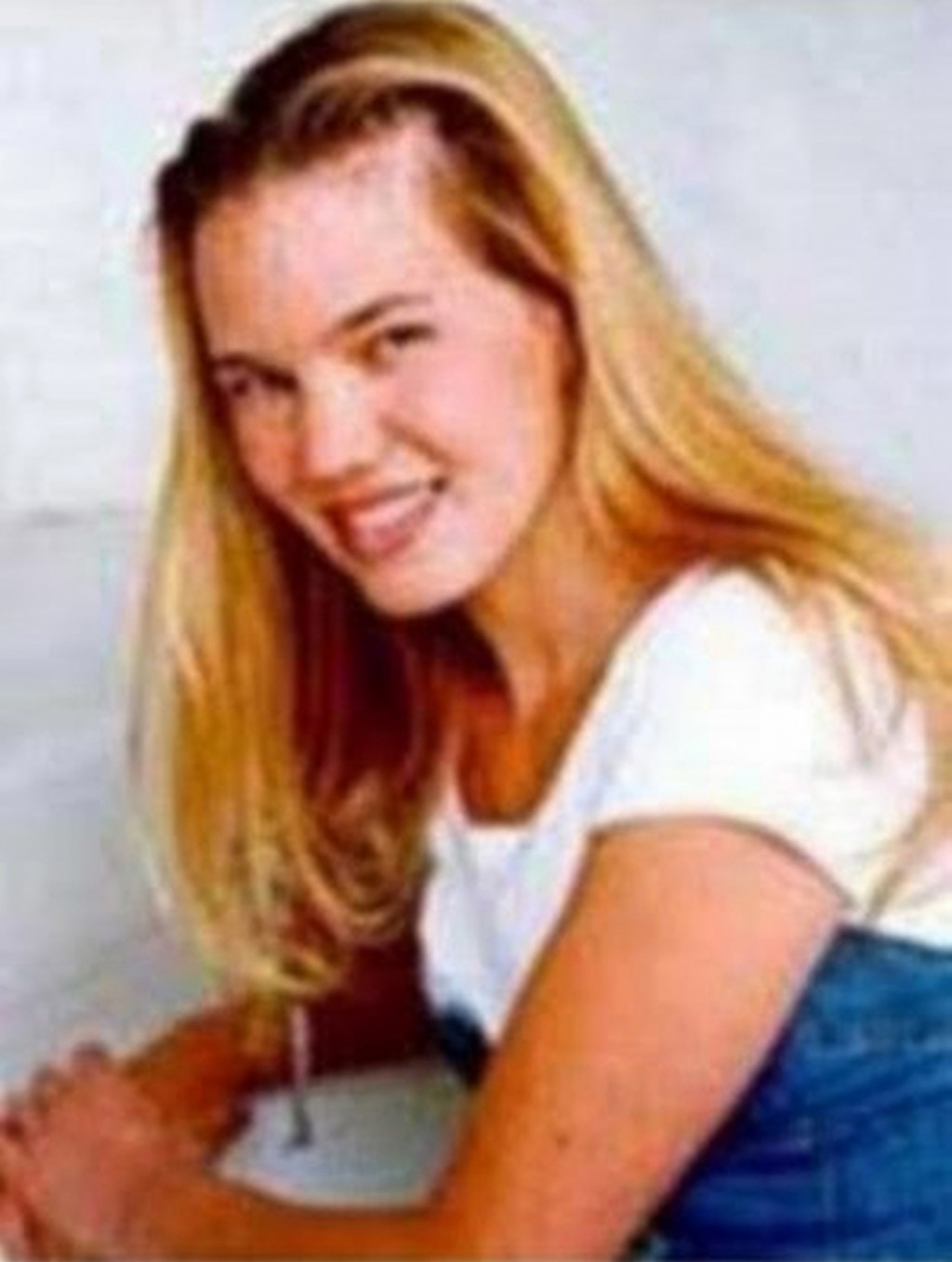 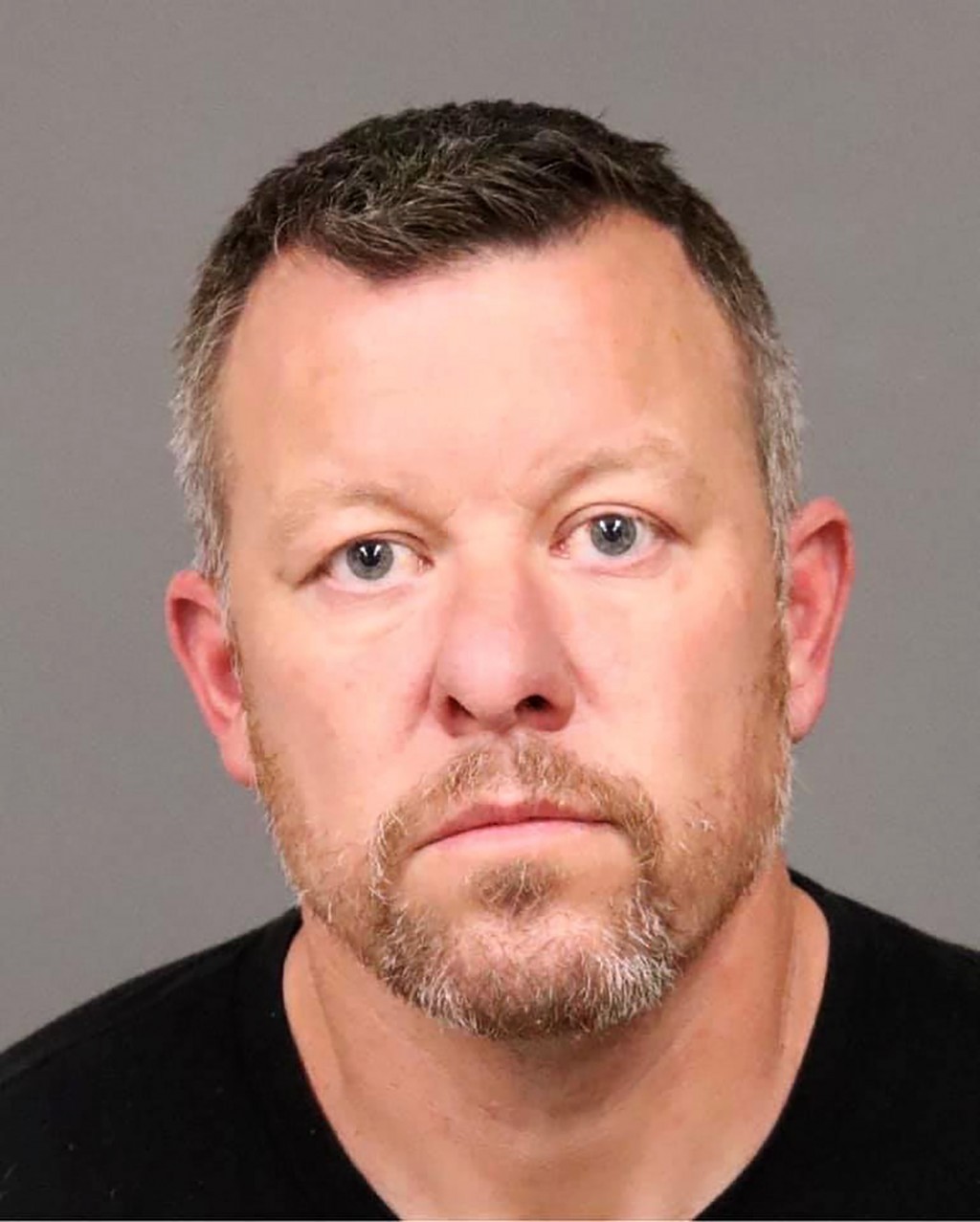 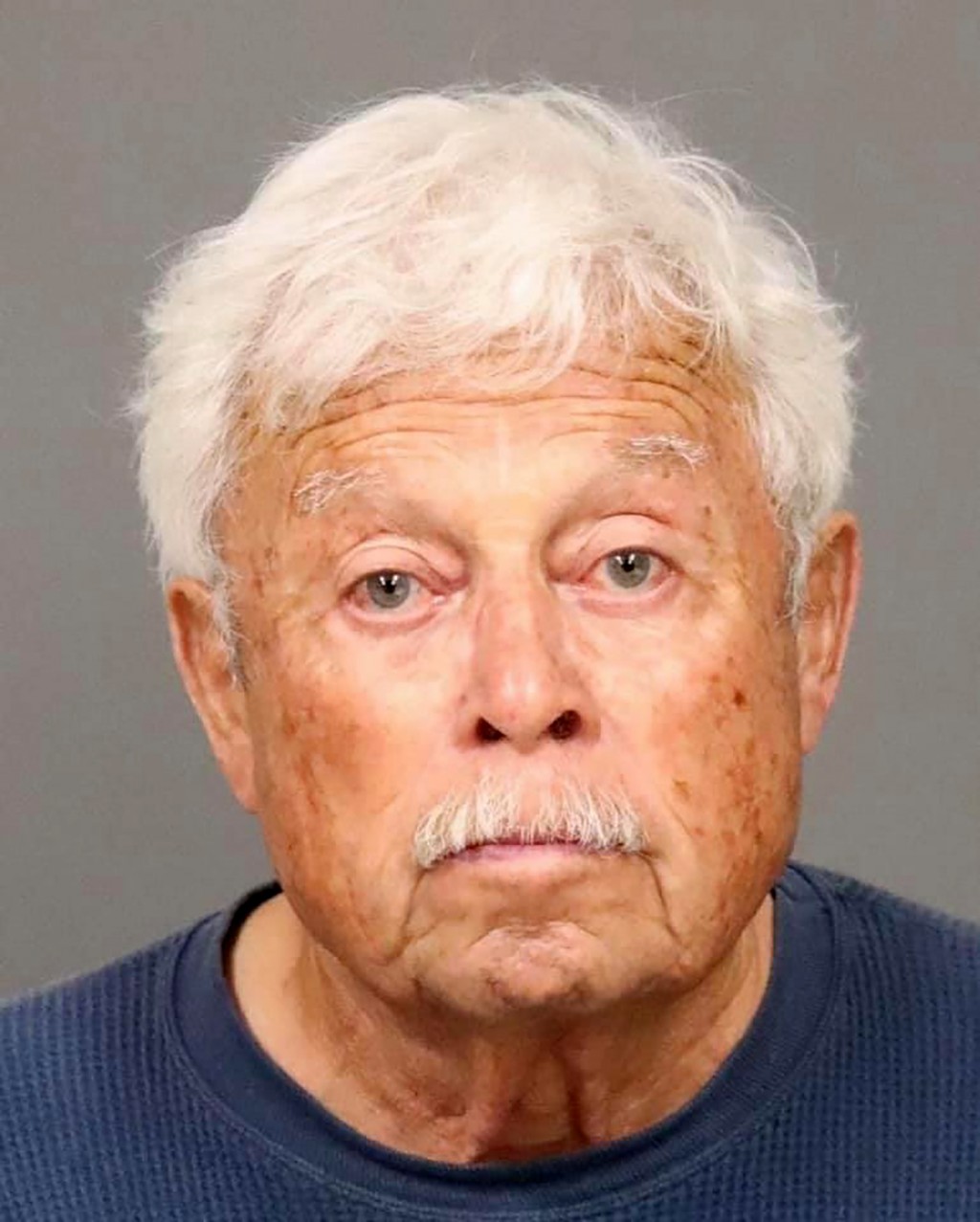 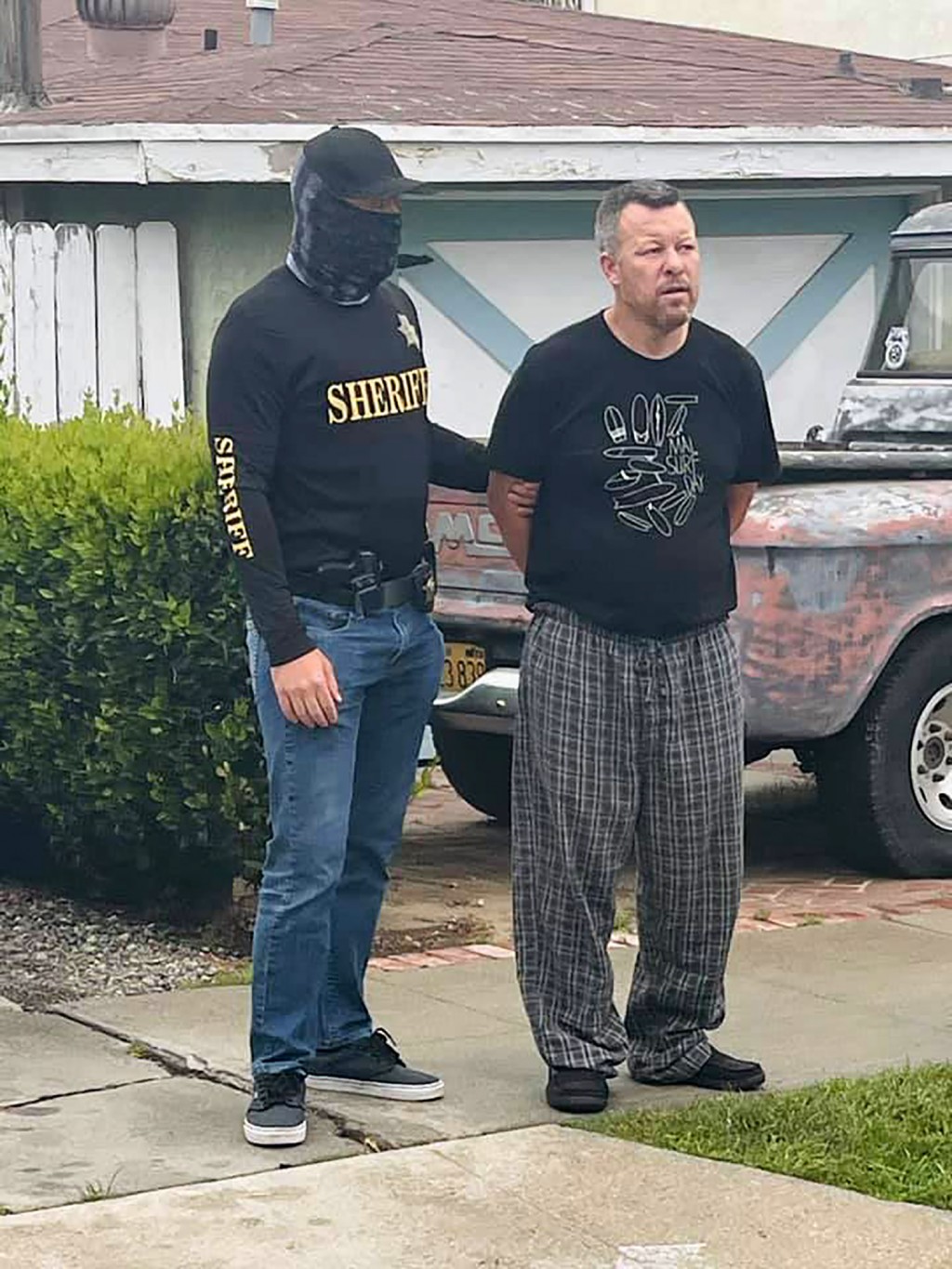 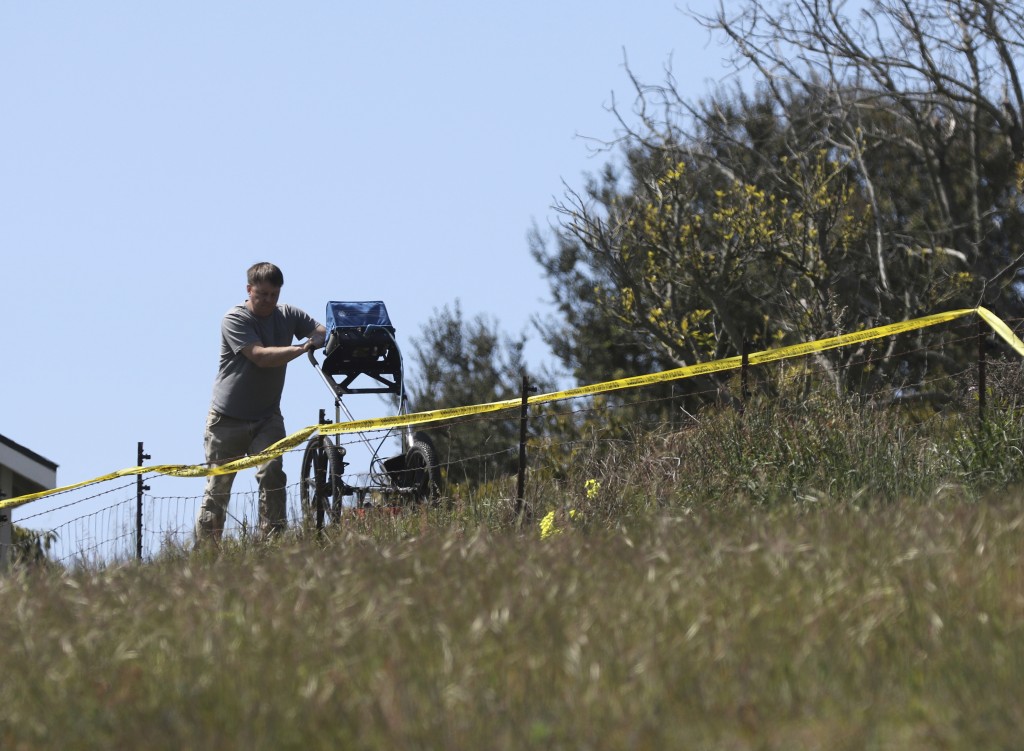 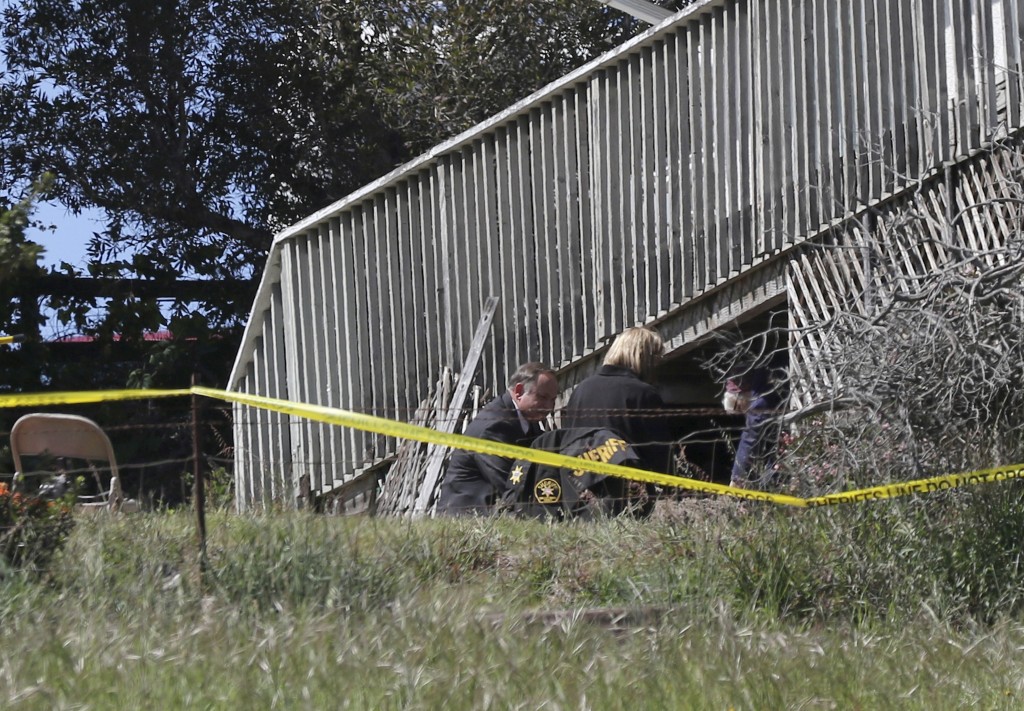 LOS ANGELES (AP) — Paul Flores was the last person seen with Kristin Smart before she vanished from a college campus on California’s scenic Central Coast nearly 25 years ago and suspicion has followed him ever since.

He went from being a “person of interest” to a “suspect” to “the prime suspect.”

Investigators never had enough evidence to charge him with a crime related to her disappearance until Tuesday when Flores was arrested on suspicion of murder in Smart's death. His father, Ruben Flores, was arrested as an accessory to the crime.

San Luis Obispo County Sheriff Ian Parkinson said arrests came after a search of the elder Flores' home last month using ground-penetrating radar and cadaver dogs turned up new evidence linked to Smart's killing, though her body has not yet been located.

“Until we return Kristin to (her family) this is not over," Parkinson said.

Smart, 19, of Stockton, was last seen May 25, 1996, while returning to her dorm at California Polytechnic State University campus in San Luis Obispo after an off-campus party. Flores, a fellow freshman at the school at the time, had offered to walk her home.

Smart’s family issued a statement saying it was a bittersweet day they had long waited for and a first step toward bringing their daughter home.

“While Kristin’s loving spirit will always live in our hearts, our life without her hugs, laughs and smiles is a heartache that never abates,” they said. “The knowledge that a father and son, despite our desperate pleas for help, could have withheld this horrible secret for nearly 25 years, denying us the chance to lay our daughter to rest, is an unrelenting and unforgiving pain.”

Flores, 44, was arrested at his home in the San Pedro area of Los Angeles and taken to a police car in handcuffs wearing pajama bottoms and a surf T-shirt. His father, Ruben Flores, 80, was arrested at his Arroyo Grande home — about 15 miles (24 kilometers) south of the university — where sheriff’s investigators conducted a new search for evidence.

Paul Flores has been under suspicion almost from the start, but the case picked up steam in the past couple years after Parkinson ordered a thorough review of the evidence and a fulltime cold case detective was hired.

New witnesses came forward and warrants allowed investigators to intercept and monitor Paul Flores' phone and text messages and search his own home, along with those of his mother, father and sister that turned up new evidence, Parkinson said. He declined to offer more details because search warrants are sealed.

Parkinson also credited the podcast “Your Own Backyard" for giving the case renewed widespread attention that led to a key witness coming forward.

The podcast's creator, Chris Lambert, was a musician who grew up in the area and was intrigued by a billboard offering a $75,000 reward for information leading to Smart.

“Driving past that billboard was a periodic reminder that, oh yeah, they still haven’t found that girl,” Lambert said in a video posted on the podcast website. ”It's different when somebody goes missing in your own backyard."

Parkinson held his news conference on the university campus, gesturing over his shoulder to the place nearby where Smart was last seen alive with Flores. He acknowledged missteps by law enforcement hampered the investigation.

Smart wasn’t reported missing until three days after she was last seen. A dorm mate at the time said police were initially reluctant to take a missing persons report because it was Memorial Day weekend and she might have left the campus.

Smart’s family said in their statement that “an indifference and lack of resolve we experienced early on set the course for many years.”

The Smart family filed a $40 million lawsuit in 1996 against Paul Flores and added the the university for allegedly not protecting their daughter. The case has been stayed awaiting a criminal case outcome, a family spokesman said.

The case was originally handled by Cal Poly police and the district attorney’s office. Sheriff’s investigators didn’t get involved until a month later.

“There really is no hiding the fact that there was mistakes made early on and it made it much more difficult,” Parkinson said. “You know that first 48 hours is pretty critical in a missing person or a homicide.”

Parkinson likened the case to a puzzle where missing pieces are located, leading to new evidence and locations to search that then revealed other information.

"It’s a very slow process to find each of those little pieces,” he said.

They served over 40 search warrants at 16 locations over the years, collected nearly 200 new items of evidence and used modern DNA techniques to test more than three dozen older pieces of evidence. So much evidence was compiled that it would fill three terabytes on a computer hard drive, he said.

Paul Flores has remained mum through the years, invoking his Fifth Amendment right to not answer questions before a grand jury and in a deposition for the lawsuit brought against him.

Flores had nothing to say when arrested, Parkinson said.

He was held without bail. His lawyer, Robert Sanger, declined to comment.

Ruben Flores was being held on $250,000 bail. His lawyer, Harold Mesick, didn't immediately return an email message seeking comment from The Associated Press but he told the Los Angeles Times that his client was “absolutely innocent.”

After Flores was arrested at his Arroyo Grande home, investigators executed a new search warrant. A coroner's tent was set up outside and radar was used to search the grounds. The sound of power saws and drills whined in the background as they searched under a large deck and in the garage.

The mayor of Arroyo Grande said the arrests had brought a sense of relief to the city of about 18,000 people that sits just inland from the scenic Central Coast.

“The disappearance of Kristin Smart has weighed heavily on the hearts of the people of Arroyo Grande all this time,” Mayor Caren Ray Russom said. “She was never forgotten here, and many, many of us have closely followed this case for decades. ... I sincerely hope that these arrests will result in justice and closure for the Smart family.”