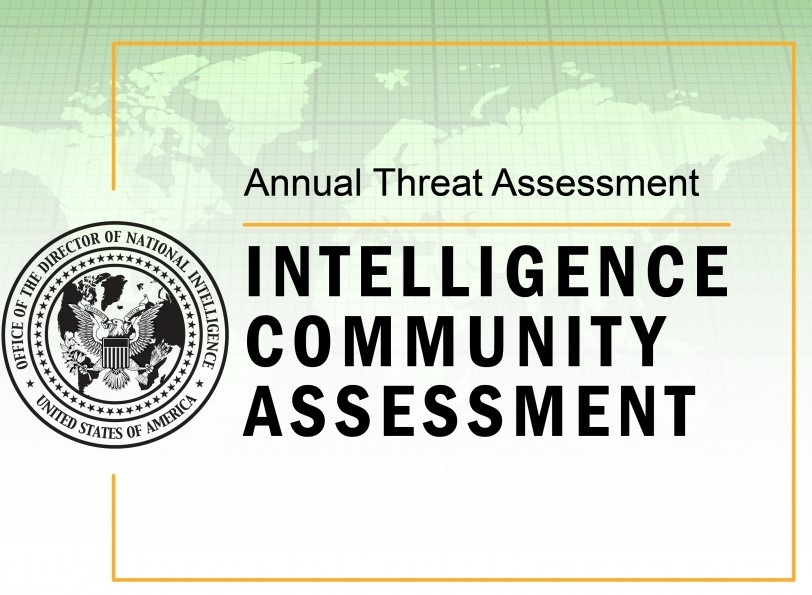 The report, titled “Annual Threat Assessment of The U.S. Intelligence Community,” contained a section describing “China’s push for global power.” It states that the Chinese Communist Party (CCP) will continue its efforts to spread China’s influence, weaken that of the U.S., drive wedges between Washington and its allies, and seek to establish the authoritarian Chinese system as the new international norm.

Meanwhile, the agency says Beijing will seek opportunities to reduce tensions with Washington only when it suits its interests.

In the South China Sea, it predicts China will continue intimidating rival claimants and that it “will use growing numbers of air, naval, and maritime law enforcement platforms” to tell Southeast Asian countries that it has effective control over the disputed area. China is also applying pressure on Japan over contested parts of the East China Sea, the report notes.

Regarding Taiwan, the ODNI points out that China will coerce Taiwan into moving toward unification and condemn what it perceives as increased U.S.-Taiwan interaction. “We expect that friction will grow as Beijing steps up attempts to portray Taipei as internationally isolated and dependent on the mainland for economic prosperity, and as China continues to increase military activity around [Taiwan],” the office states.

Beijing will also continue promoting the Belt and Road Initiative (BRI) to expand China’s economic, political, and military presence abroad while trying to reduce waste and exploitative practices, according to the ODNI. It adds that China will also promote “new international norms for technology and human rights, emphasizing state sovereignty and political stability over individual rights.”

The office states that the Chinese navy and air force are the largest in the region and continue to develop advanced long-range weapons that improve China’s ability to project power. “The PLA Rocket Force’s highly accurate short-, medium-, and intermediate-range conventional systems are capable of holding U.S. and allied bases in the region at risk,” according to the ODNI.

The report goes on to say that China has the ability to launch cyber-attacks that "at a minimum, can cause localized, temporary disruptions to critical infrastructure within the United States.” The ODNI also states that China’s cyber-espionage operations “have included compromising telecommunications firms, providers of managed services and broadly used software, and other targets potentially rich in follow-on opportunities for intelligence collection, attack, or influence operations.”

Additionally, the agency says China is first in the world in surveillance system installation and using censorship to monitor its population and repress dissent, particularly among ethnic minorities such as Uyghurs.

The office observes that across East Asia and the Western Pacific, China is attempting to extend its influence, capitalize on doubts about the U.S.' commitment to the region, and undermine Taiwan’s democracy.

The ODNI concluded by saying China will continue expanding its global intelligence network “to better support its growing political, economic, and security interests around the world, increasingly challenging the United States’ alliances and partnerships.”