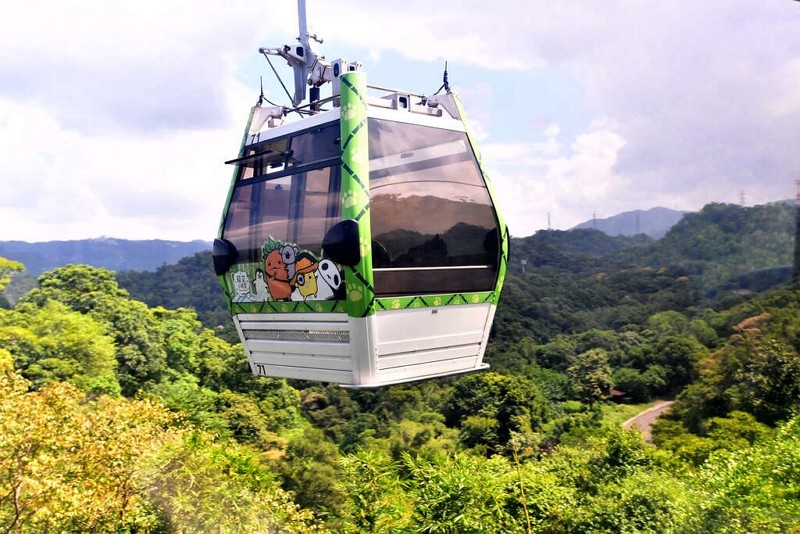 The months-long maintenance will involve replacing the cables after 15 years of use, in compliance with the protocols of the French manufacturer POMA and the European Standards for cableway safety. Metal cables experience fatigue over time and need replacing to ensure safety, the TRTC added.

The tourist gondola’s overhaul will cost NT$47 million (US$1.65 million) and an estimated NT$40 million loss in revenues from store rental fees and ticket sales. Service will resume by the end of the year.

Since Mayor Ko Wen-je (柯文哲) took office in 2014, Taipei has embarked on a tourism-promotion initiative incorporating Maokong travel, the Maokong Gondola, and the Taipei Zoo, which are located in the southern district of Muzha. The campaign encompasses landscaping projects, special holiday events, and guided tours in the area known for its tea culture.

Inaugurated in 2007, the Maokong Gondola stops at six stations and has 147 carriages, including 31 crystal cabins retrofitted with thick glass bottoms to offer a view of the hills below. The lift saw a 34 percent yearly increase in passenger volume in the first quarter of 2021, according to the TRTC.