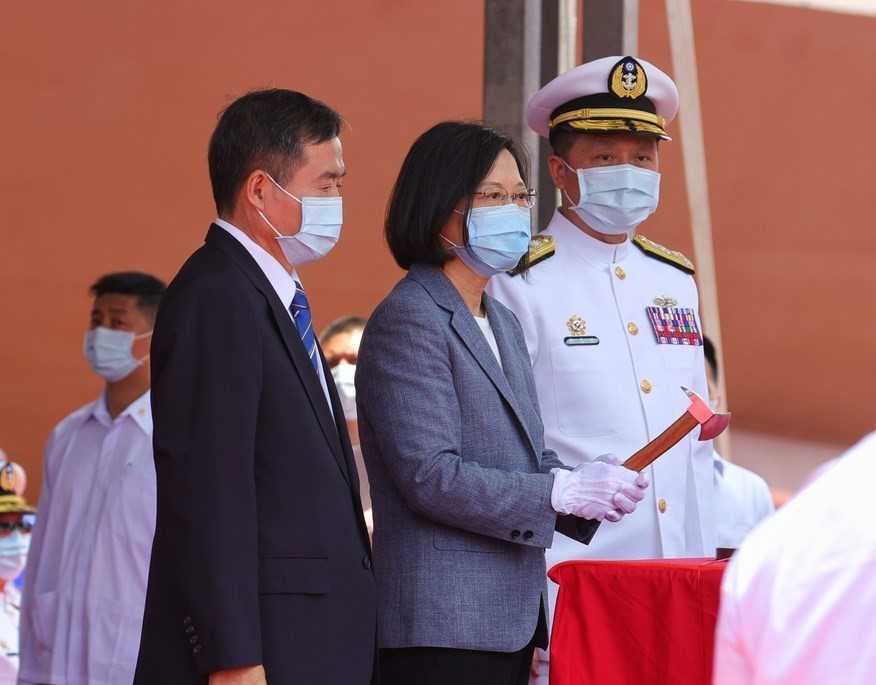 Tsai mentioned that she had also attended the groundbreaking ceremony of the nation’s first submarine construction facility at the CSBC shipyard last November. She stated that she was very happy to be in Keelung to oversee the launching of the Yushan and thanked CSBC, the National Chung Shan Institute of Science and Technology, and the Navy for their hard work.

The president stated that in addition to being the Navy’s first 10,000-ton amphibious transport ship, the Yushan had been designed in accordance with the nation’s defense requirements and can strengthen the Navy's capabilities.

President Tsai said there have been other warships in the Navy’s history named after Yushan, the tallest mountain in Taiwan. Christening the ship with this name continues the tradition and represents the nation’s spirit of determination and overcoming all obstacles, she remarked.

The military and the people need to be united, Tsai said. "As long as we remain united, no matter what difficulties there are, we can overcome them one by one."

The Navy pointed out that in the future, the ship will be responsible for amphibious operations, logistics support for outlying islands, and domestic and international humanitarian rescue missions. The ship is expected to be handed over to the Navy next year.