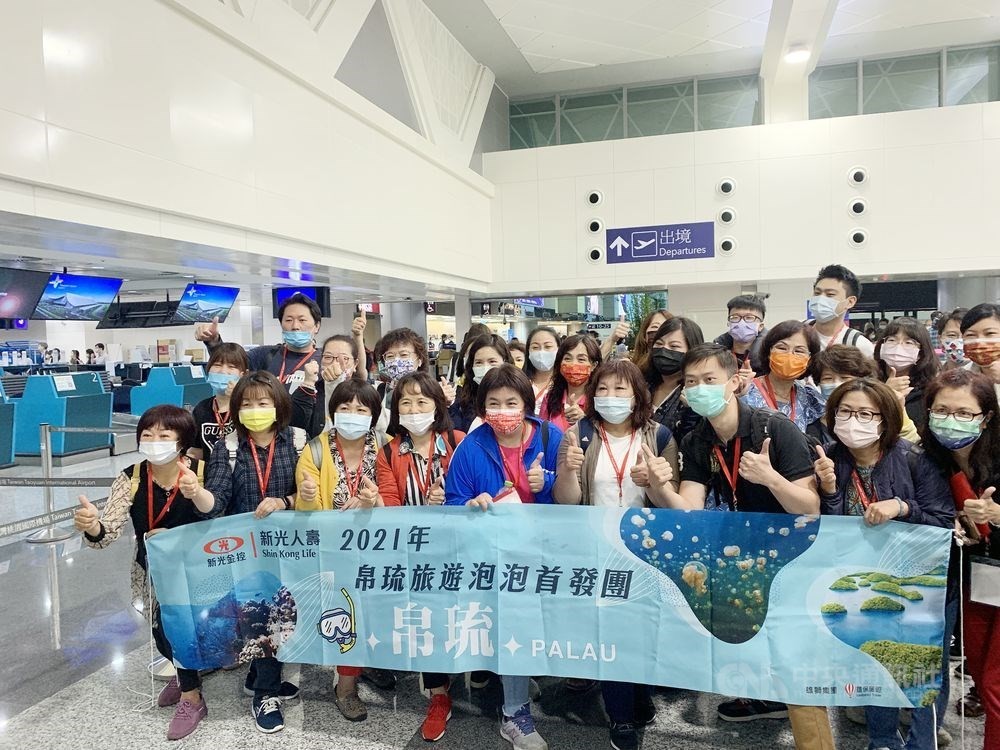 On April 1, Palau President Surangel Whipps, Jr. was one of more than 100 passengers to board CAL’s inaugural flight under the program. His Pacific island nation has not registered a single COVID-19 patient, leading the two countries to do away with compulsory quarantine under certain conditions.

However, interest quickly waned afterward, partly due to the high price of packaged tours and the “strengthened” self-health monitoring requirements imposed by Taiwan, the Liberty Times reported.

Travel agencies initially charged between NT$70,000 (US$2,450) and NT$80,000 for a four-day trip to Palau, though the price has since been reduced to about NT$50,000 thanks to measures by the Palauan government.

The main stumbling block has been Taiwan’s demand that returning travelers spend five days conducting a “strengthened” self-health monitoring period followed by another nine days of monitoring. While children can return to school after the first five days, parents have complained that their children might be looked on with suspicion by teachers and classmates, according to the report.

Since the Central Epidemic Command Center (CECC) hinted it might relax the rules, many travelers have just postponed their trips from April to May in hopes that the change would be effective by then, travel agents said.

Despite its announced cancelation, CAL is still planning to resume flights from April 21, according to cable station TVBS.