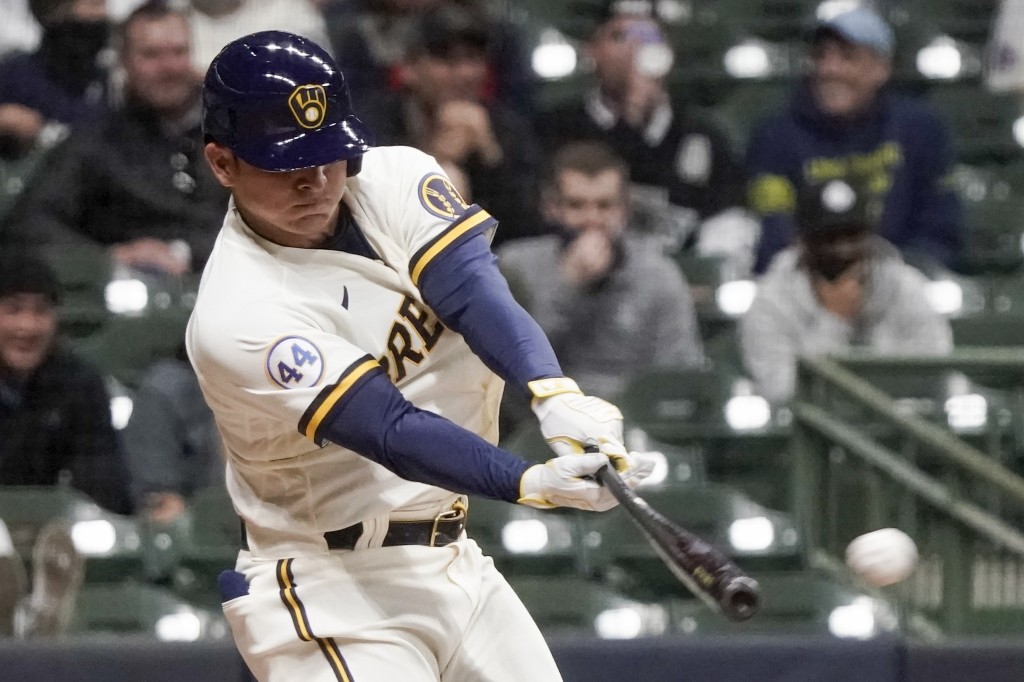 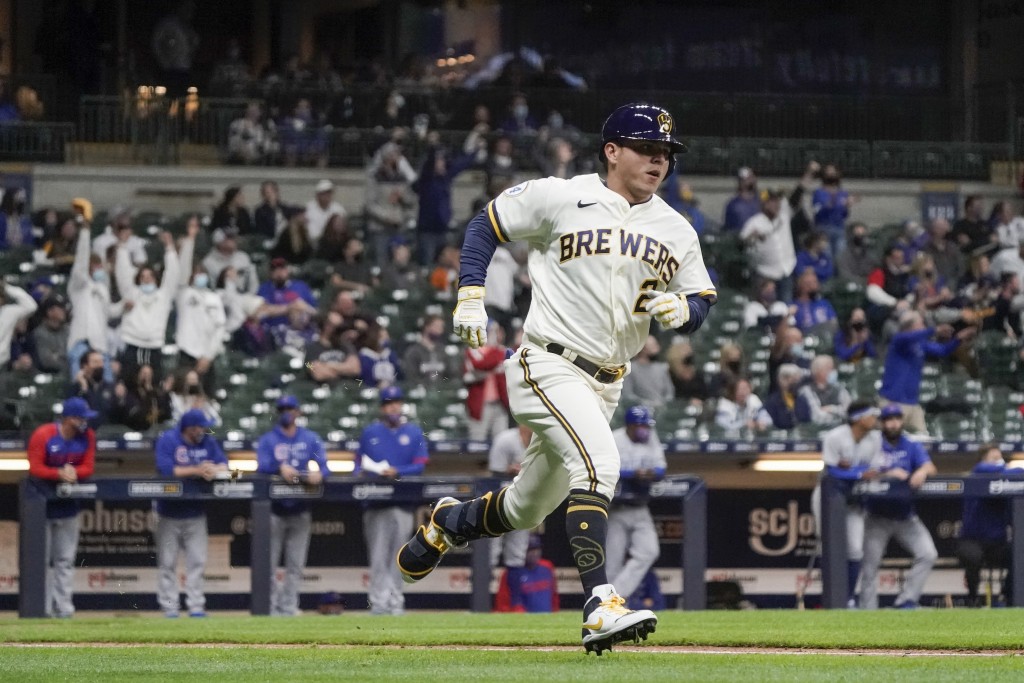 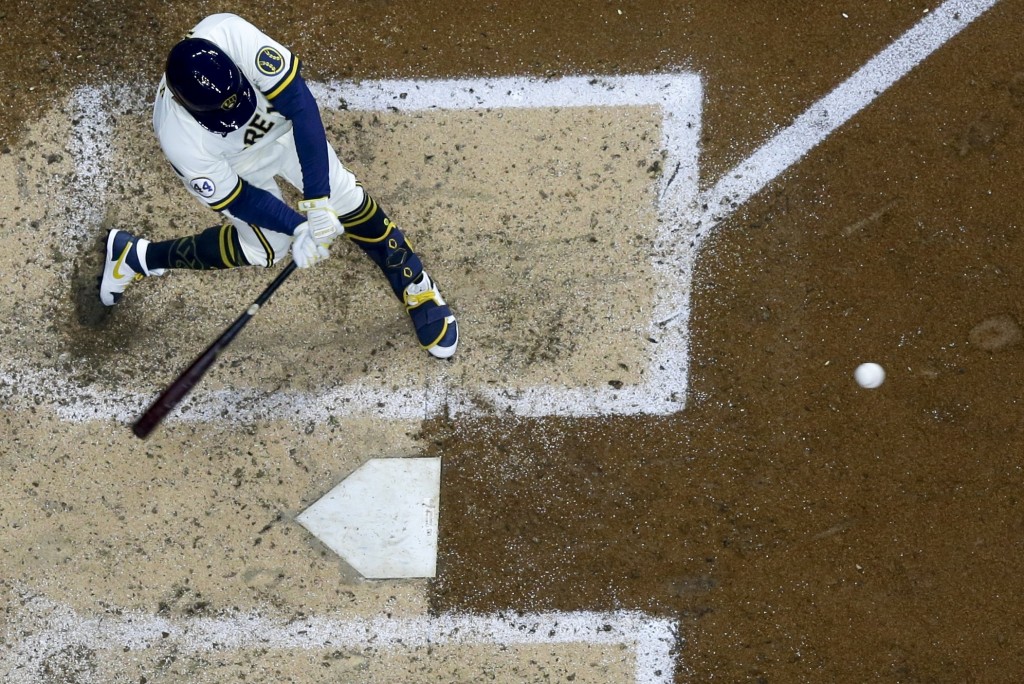 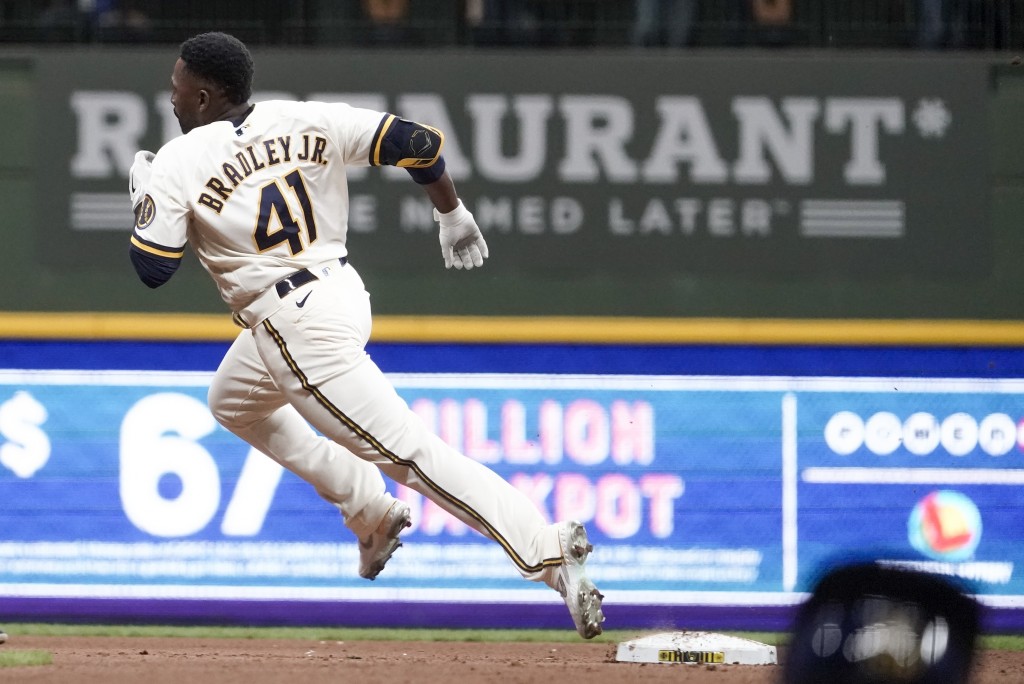 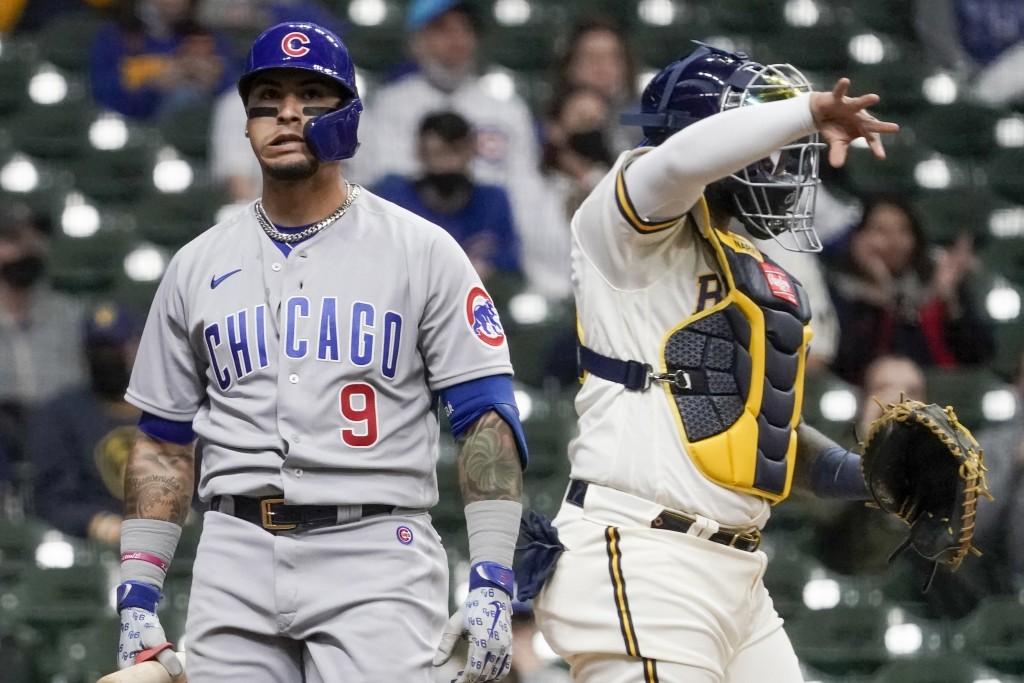 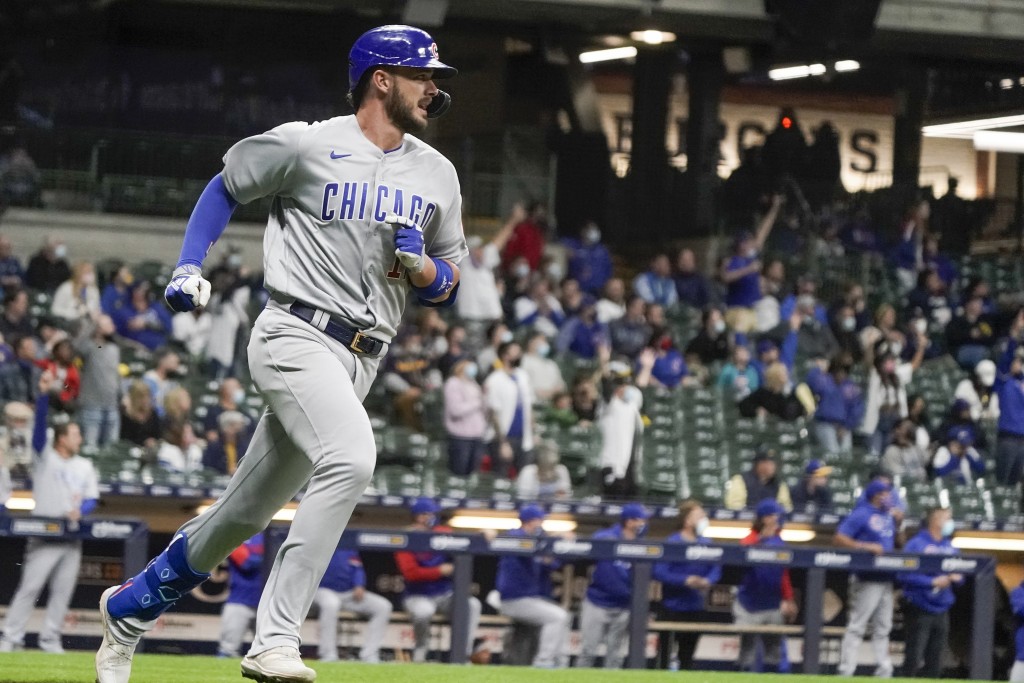 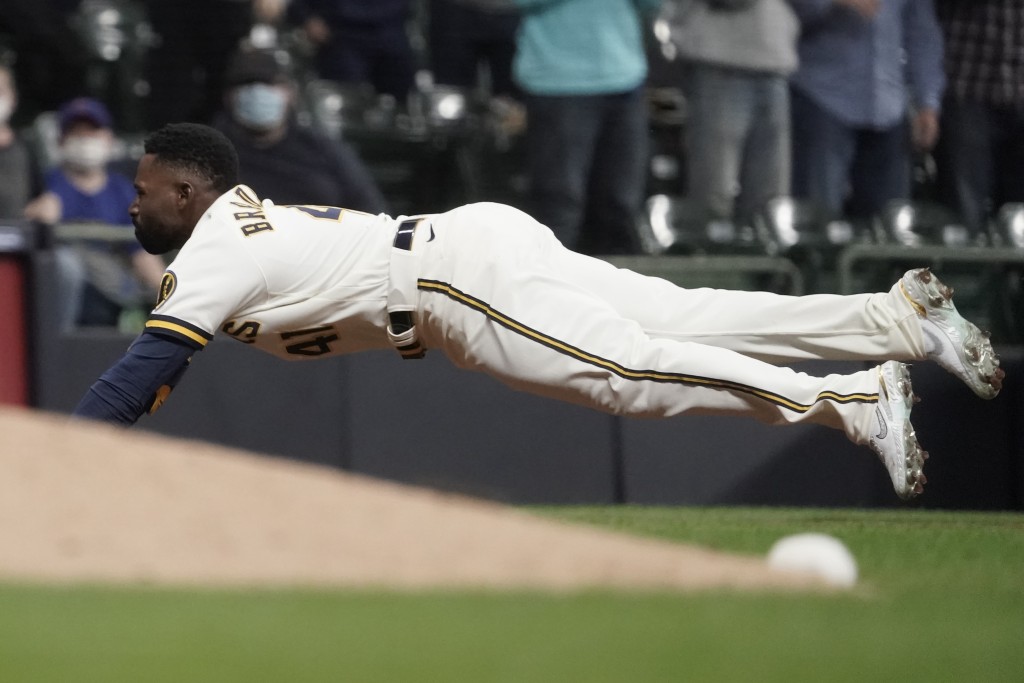 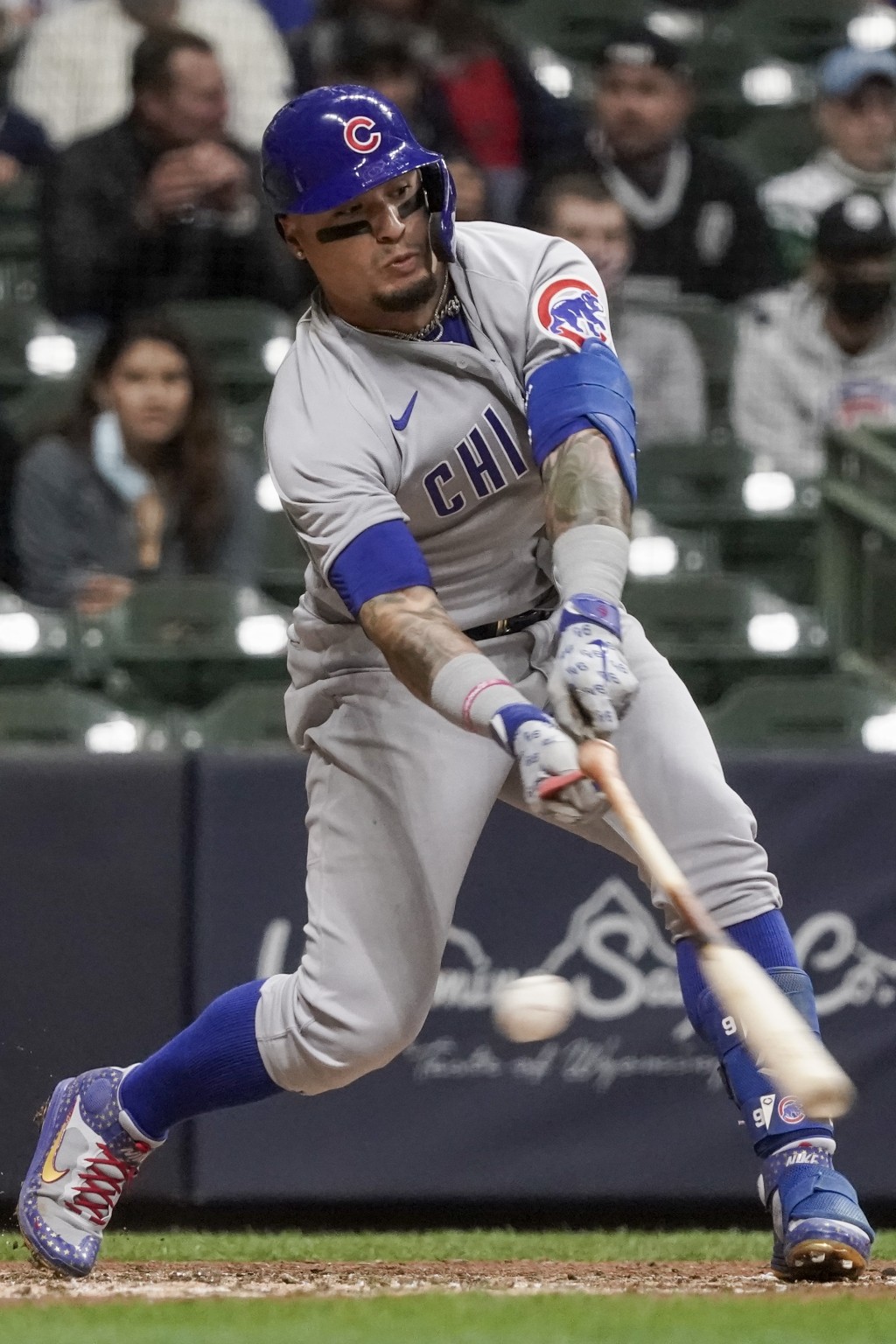 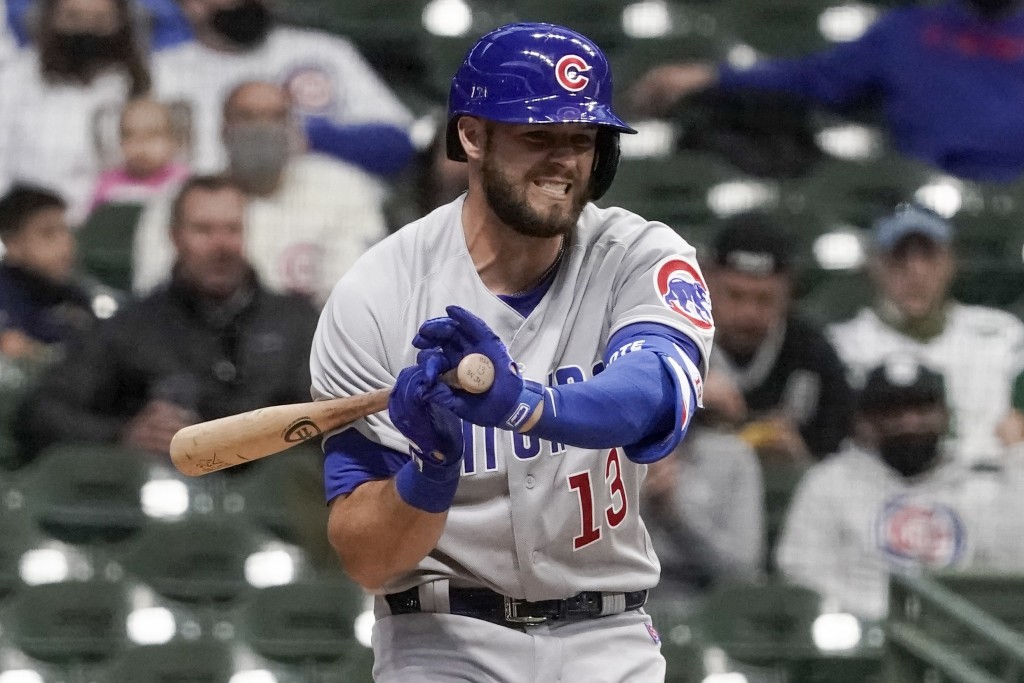 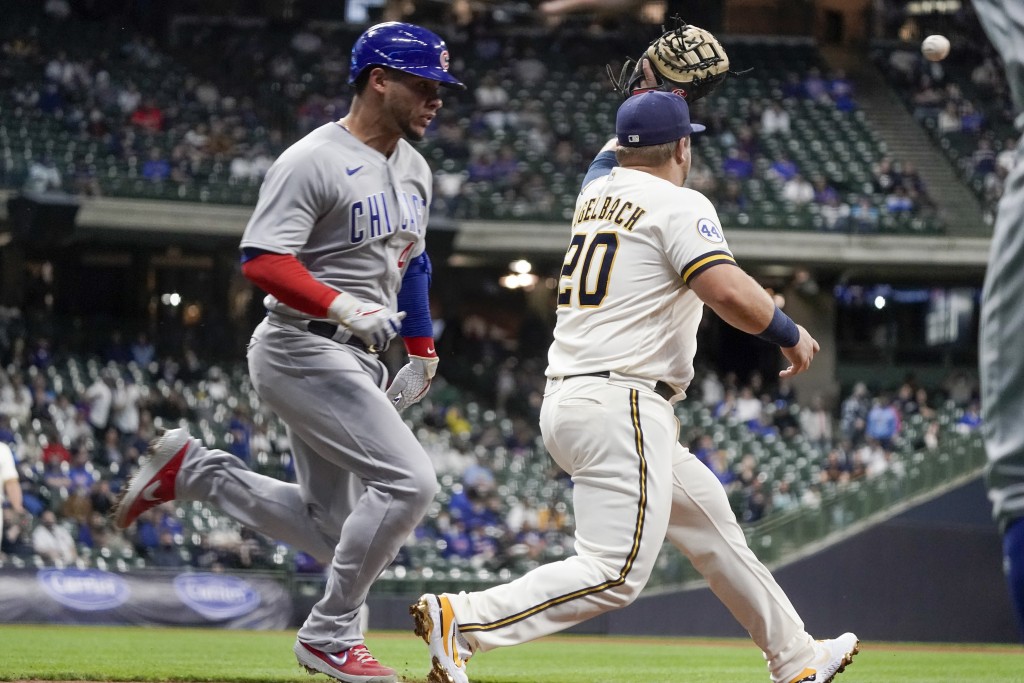 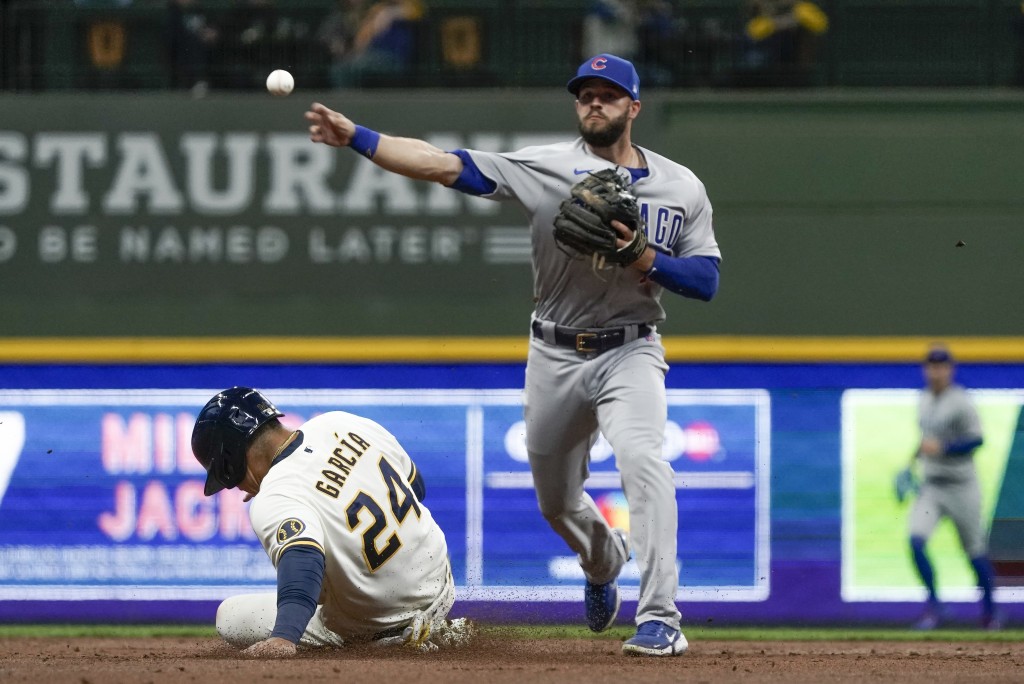 MILWAUKEE (AP) — Pinch-hitter Luis Urías drove in three runs with a go-ahead double and the Milwaukee Brewers scored six times in the sixth inning to beat the Chicago Cubs 6-3 on Monday night.

Freddy Peralta (2-0) struck out 10 over six innings of two-hit ball for the victory. Milwaukee has won five of six, while the Cubs lost for the fifth time in six games.

After being shut out on one hit by Cubs starter Adbert Alzolay (0-2) through five innings, the Brewers loaded the bases to start the sixth. After the Cubs cut down a runner at the plate, Alzolay, who had retired 11 straight coming into the inning, gave way to reliever Andrew Chafin.

Urías, who entered 2 for 27 on the season, batted for Daniel Vogelbach and slapped a shot just inside the left-field line to clear the bases. It was Urías' first career pinch hit in six at-bats.

Urías later scored on a wild pitch to grow the lead to 4-1. Jackie Bradley Jr. knocked in another run with a triple and Keston Hiura added an RBI single as the Brewers sent 11 batters to the plate in the inning.

Peralta gave up just one run, a fourth-inning homer by Kris Bryant. The right-hander walked two and reached double digits in strikeouts for the fourth time in his career, the last coming in April 2019.

Josh Hader got two outs for his first save of the season. Hader came on after Javier Báez drove in a pair of runs with a one-out double.

The Cubs announced before the game that bullpen coach Chris Young tested positive for COVID-19 on Monday. First base coach Craig Driver already was away from the team following a positive test. Relief pitchers Brandon Workman, Jason Adam and Dan Winkler were placed on the COVID-19 injured list. There was no word on whether their designation was the result of a positive test or contact tracing.

The Cubs have had five hits or fewer in seven of their first 10 games.

Alzolay gave up five runs and three hits in 5 1/3 innings. He struck out six and walked one.

Chafin allowed three runs while getting just one out. He threw a wild pitch and hit a batter.

Cubs: To fill the roster spots of Workman, Adam and Winkler, the club recalled left-handers Justin Steele and Brad Wieck from the team’s alternate training site in South Bend, Indiana, while veteran reliever Pedro Strop was selected as a replacement player from the alternate site. Steele and Wieck both appeared in relief.

Brewers: OF Christian Yelich sat out after leaving Sunday’s game with back soreness. “We’re still in a day-to-day situation,” manager Craig Counsell said. Bradley started in left field, replacing Yelich, for the first time since 2015. …3B Travis Shaw, who also exited Sunday’s game after fouling a pitch off his shin, returned to action.

Cubs: RHP Kyle Hendricks (0-1, 3.00 ERA) tossed six scoreless innings against the Brewers last Wednesday, allowing four hits and one walk with six strikeouts. Hendricks in 9-6 with a 2.72 ERA in 25 career starts against Milwaukee.

Brewers: RHP Brandon Woodruff (0-0, 2.45) gave up one hit in seven scoreless innings at Chicago on Wednesday. Opponents are batting .179 (7 for 39) against Woodruff this season.