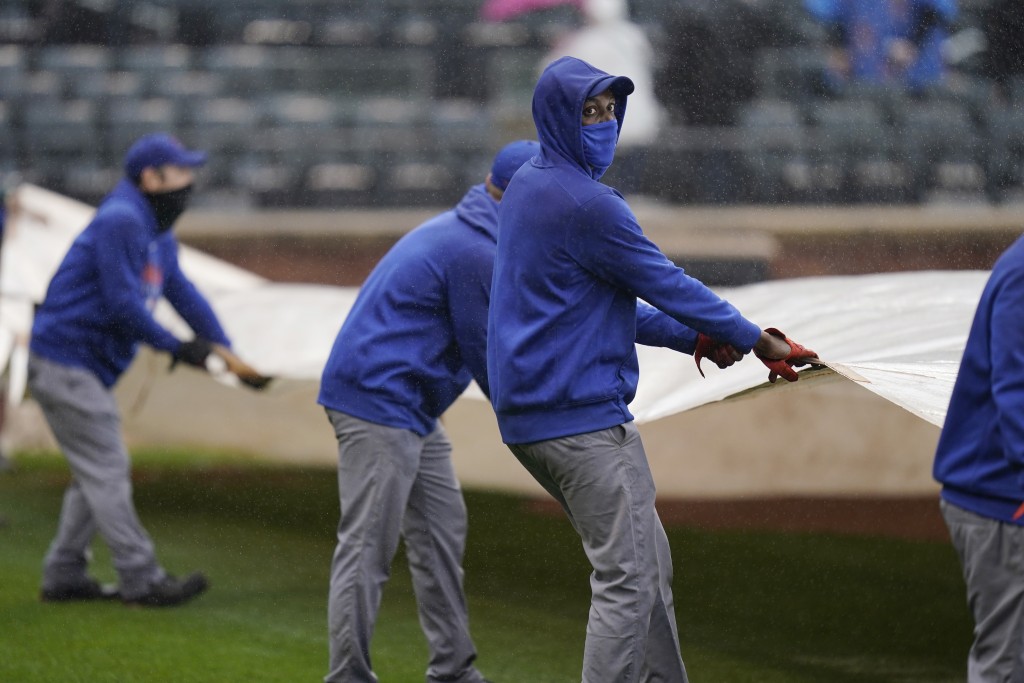 A day after pushing starter Marcus Stroman to pitch amid rain that paused play after seven minutes, the Mets called off their game Monday against the Philadelphia Phillies with another downpour en route, rescheduling it as part of a doubleheader on Tuesday.

The decision was announced about two hours before Monday's 7:10 p.m. scheduled first pitch.

The single-admission doubleheader will start at 4:10 p.m. Tuesday, and the second game will start about 30 minutes after the first game ends. Both games will be seven innings, keeping with an adjustment introduced during the pandemic-shortened 2020 season.

The rainout follows a blunder by the Mets ballpark operations staff, which powered ahead with a first pitch Sunday afternoon, only to have umpires waive the teams off the field two outs into the top of the first inning. Home teams make decisions regarding delays before games start, but once they're under way, that power transfers to the umpires.

Stroman started that game for New York and threw just nine pitches. He tweeted his unhappiness to have wasted his turn in the rotation.

“This game should have never been started. Not smart at all,” Stroman tweeted during the delay. “Those conditions put everyone at risk. Beyond happy no players on either side were injured. Hate that I have to wait another 5 days to pitch again. That’s a miserable feeling.”

Mets manager Luis Rojas said Monday that Stroman will keep his slot in the rotation, getting four days of rest before pitching Friday at Colorado.

Rojas insisted the Mets learned a lesson about trying to “protect the players" from Sunday's drama, but he also said the team didn't plan to substitute a reliever for scheduled starter David Peterson if Monday's game began amid more rain.

“I don't think we're going to go to that with getting a reliever ready to protect the starter,” Rojas said. “We just have to be aware of that decision better when we make it, to not disrupt our starter.”

Mets: RHP Carlos Carrasco (right hamstring) will throw four innings in his next simulated game and could report to the team's alternate training site in Brooklyn after that. Rojas said he's also taking infield and swinging a bat. ... RHP Seth Lugo (right elbow surgery) hopes to get on a mound for the first time since his February operation next week. ... RHP Drew Smith (right shoulder) has resumed playing catch.

Peterson (0-1) was supposed to face RHP Chase Anderson on Monday, and Phillies RHP Aaron Nola (0-0) was slated against Mets RHP Taijuan Walker (0-0) on Tuesday. Neither team immediately announced plans for the doubleheader. The good news: the weather appears clear in Queens.