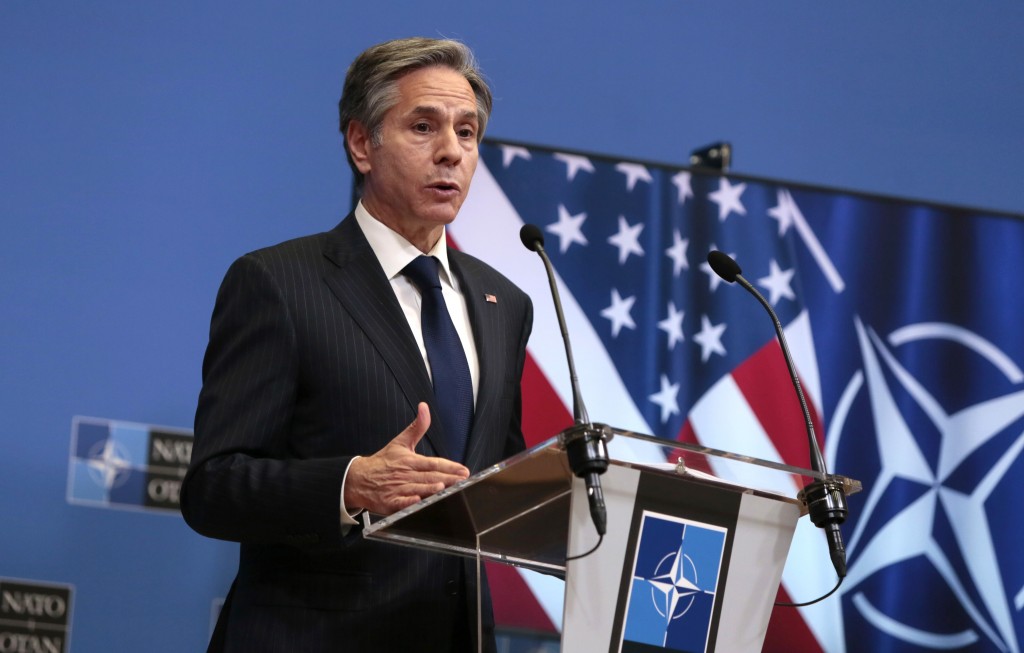 TAIPEI (Taiwan News) — The U.S. secretary of state on Sunday (April 11) said the U.S. is concerned about China's "aggressive actions" toward Taiwan and warned that any use of force that would disrupt the status quo in the Taiwan Strait would be a "serious mistake."

When asked by "Meet the Press" host Chuck Todd if the U.S. would "defend Taiwan militarily" during an interview on Sunday, U.S. Secretary of State Antony Blinken noted that China has engaged in "increasingly aggressive actions" toward Taiwan, which has raised tensions in the Taiwan Strait. He said the U.S. has a commitment under the Taiwan Relations Act to make sure that Taiwan has the ability to "defend itself and to make sure that we are maintaining peace and security in the western Pacific."

Blinken stressed the U.S. stands behind these commitments and it would be a "serious mistake for anyone to try to change the existing status quo by force." Todd then asked Blinken if this meant the U.S. would "militarily respond" if China "does try something in Taiwan."

Blinken avoided a direct answer to the question by saying, "I will not get into hypotheticals." He then stated the U.S. has a "serious commitment to Taiwan being able to defend itself," as well as to peace and security in the western Pacific.

The secretary of state then repeated his warning to Beijing that, "It would be a serious mistake by anyone to try to change that status quo by force."

On its Twitter account on Monday morning, the Ministry of Foreign Affairs (MOFA), stated that it welcomed Blinken's reaffirmation of the U.S. commitment to "making sure Taiwan has the ability to defend itself, and sustain peace and security in the Western Pacific." The ministry then quoted Blinken's warning that it would be a "serious mistake" to attempt to change the status quo through force.