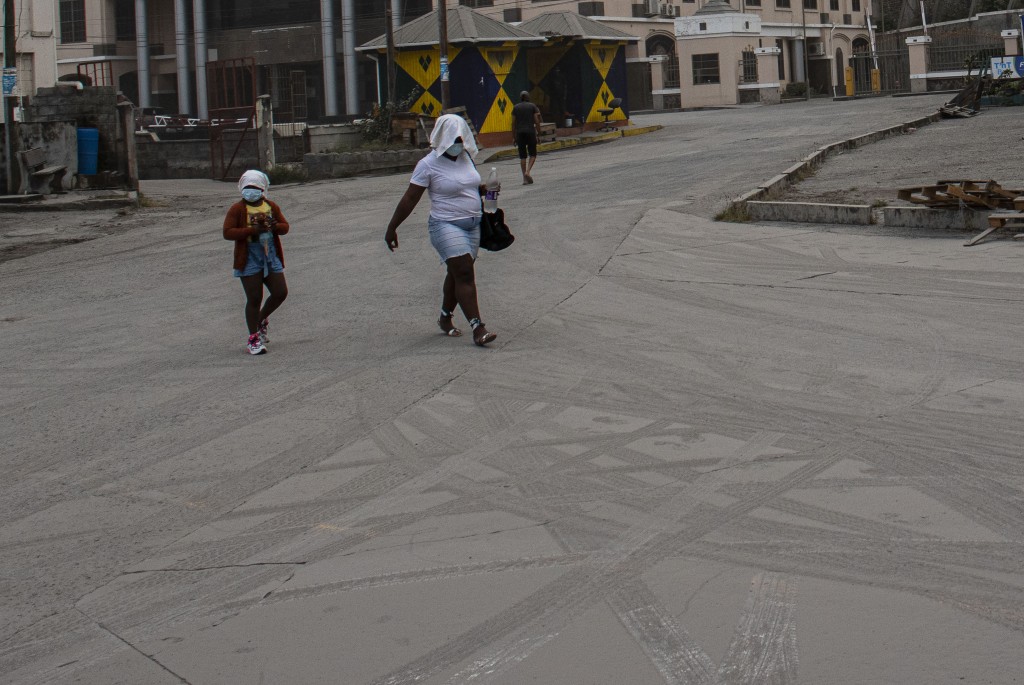 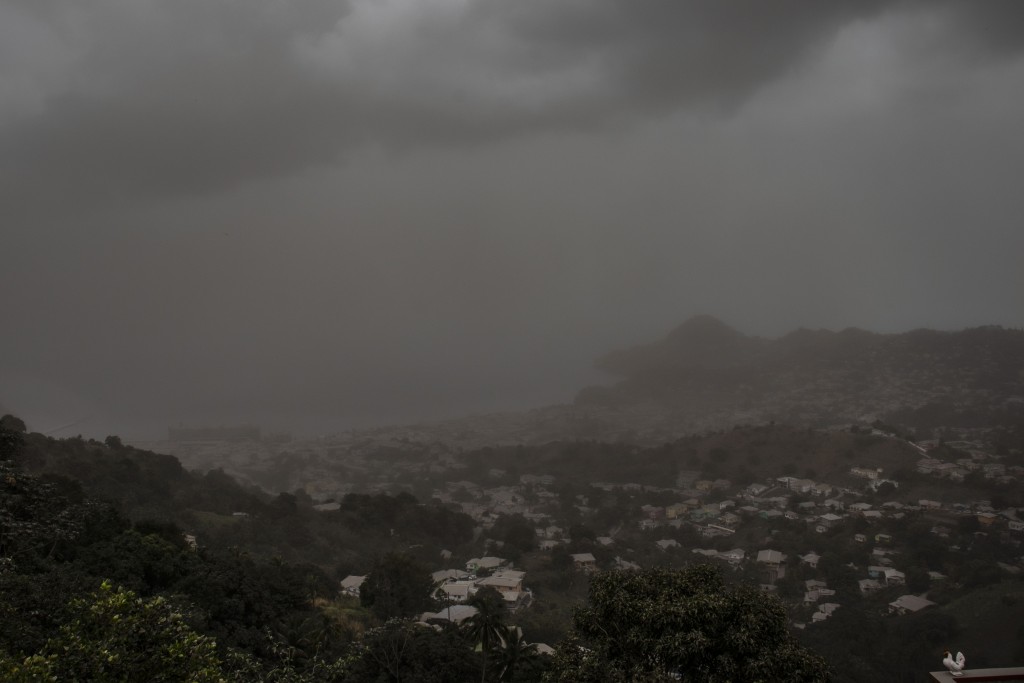 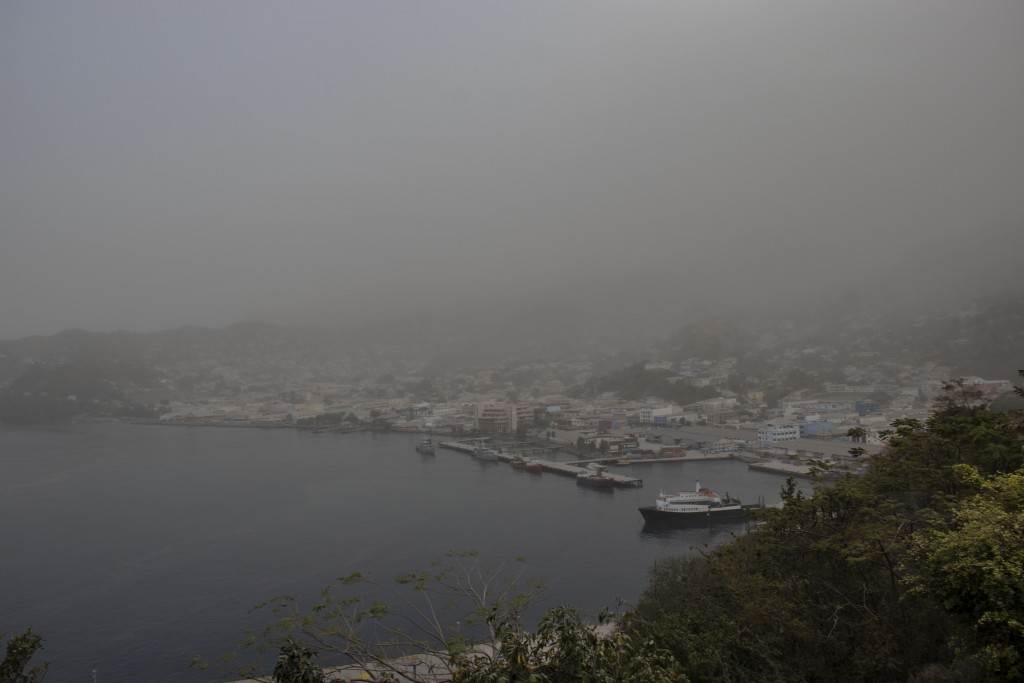 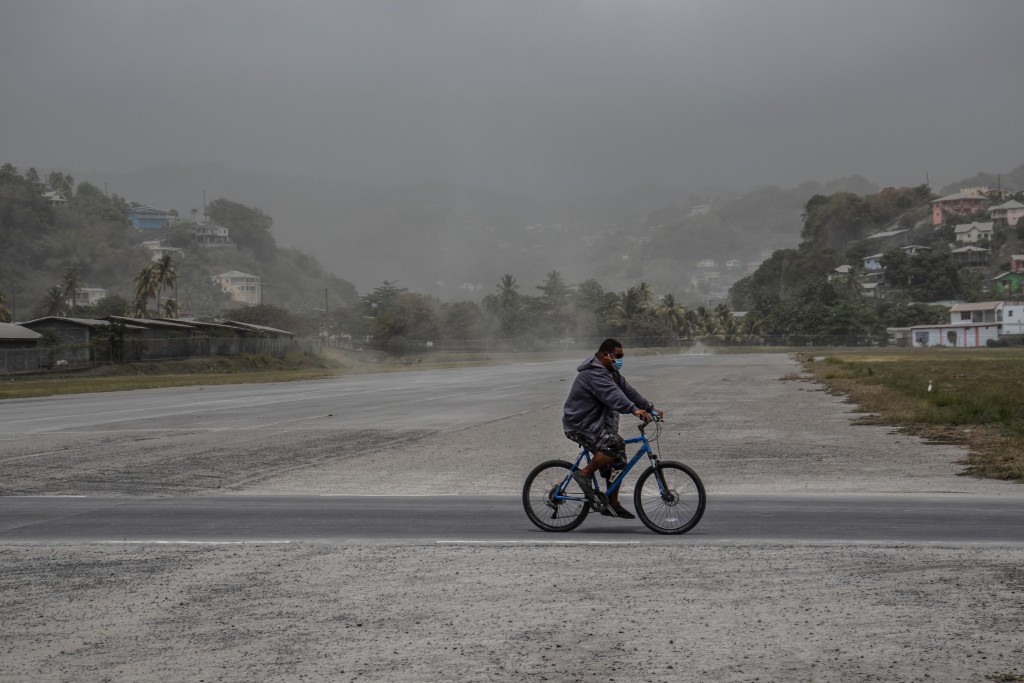 KINGSTOWN, St. Vincent (AP) — Conditions worsened on Sunday at a volcano on the eastern Caribbean island of St. Vincent as loud rumbling, lightning and heavy ashfall were observed and residents reported power cuts.

The eruption Friday of La Soufrière forced many residents to evacuate their homes, though some remained in place. The rumbling was heard in the capital of Kingstown, about 20 miles (32 kilometers) south.

Elford Lewis, a 56-year-old farmer who evacuated his home on Sunday morning, said the ongoing eruption is worse than the last big one in 1979.

“This one is more serious,'' said Lewis, who witnessed the big eruption decades ago.

Scientists warn that the explosions could continue for days or even weeks.

About 16,000 people have had to flee their ash-covered communities with as many belongings as they could stuff into suitcases and backpacks. However, there have been no reports of anyone being killed or injured by the initial blast or those that followed.

Ralph Gonsalves, the prime minister of the 32 islands that make up the country of St. Vincent and the Grenadines, has said people should remain calm and keep trying to protect themselves from the coronavirus. He said officials were trying to figure out the best way to collect and dispose of the ash, which covered an airport runway near Kingstown, and fell as far away as Barbados, about 120 miles (190 kilometers) to the east.

About 3,200 people took refuge at 78 government-run shelters, and four empty cruise ships stood ready to take other evacuees to nearby islands, with a group of more than 130 already taken to St. Lucia. Those staying at the shelters were tested for COVID-19, with anyone testing positive being taken to an isolation center.

Nearby nations, including Antigua and Grenada, also offered to take in evacuees.