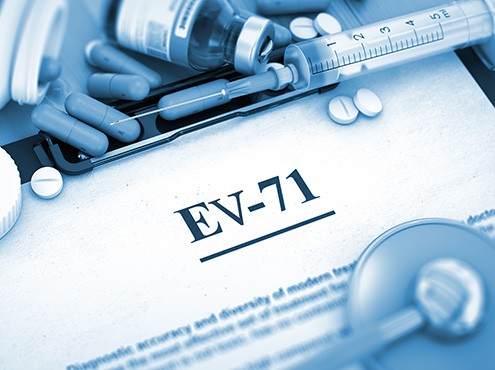 TAIPEI (Taiwan News) — A Hsinchu-based pharmaceutical company announced on Sunday (April 11) that it has completed the final phase of clinical trials for its enterovirus 71 (EV71) vaccine and is hoping to launch it by 2022.

Taiwan's Medigen Vaccine Biologics Corp. (MVC) on Sunday unveiled the phase III results of its EV71 vaccine, saying the lab has unblinded its trial data from 3,061 participants across Taiwan and Vietnam and can now both determine efficacy and reveal any safety concerns.

The company stated the results show the unblinding has met regulatory requirements, meaning the vaccine could be ready for launch.

"The next step is to apply for approval, registration, and permission to launch [the] EV71 vaccine. Hopefully it can hit the Taiwan market in 2022," the statement read.

The vaccine requires two shots: a primary dose followed by a booster. Vietnam has a high demand for the vaccine due to its growing population.

Enterovirus is a neurological disease that attacks the nervous system. Kids under the age of five in Taiwan are most vulnerable to developing severe complications from prevalent strains of EV71.

Children in Taiwan are advised to wash hands frequently and maintain good hygiene practices to avoid infection, as there are currently no vaccines available. Those infected with the virus are required to be kept away from school in order to prevent the spread of the disease.

EV71 is also prevalent in China and Southeast Asian countries, such as Vietnam, Thailand, Malaysia, and Singapore. Three locally-produced EV71 vaccines are available on the Chinese market.