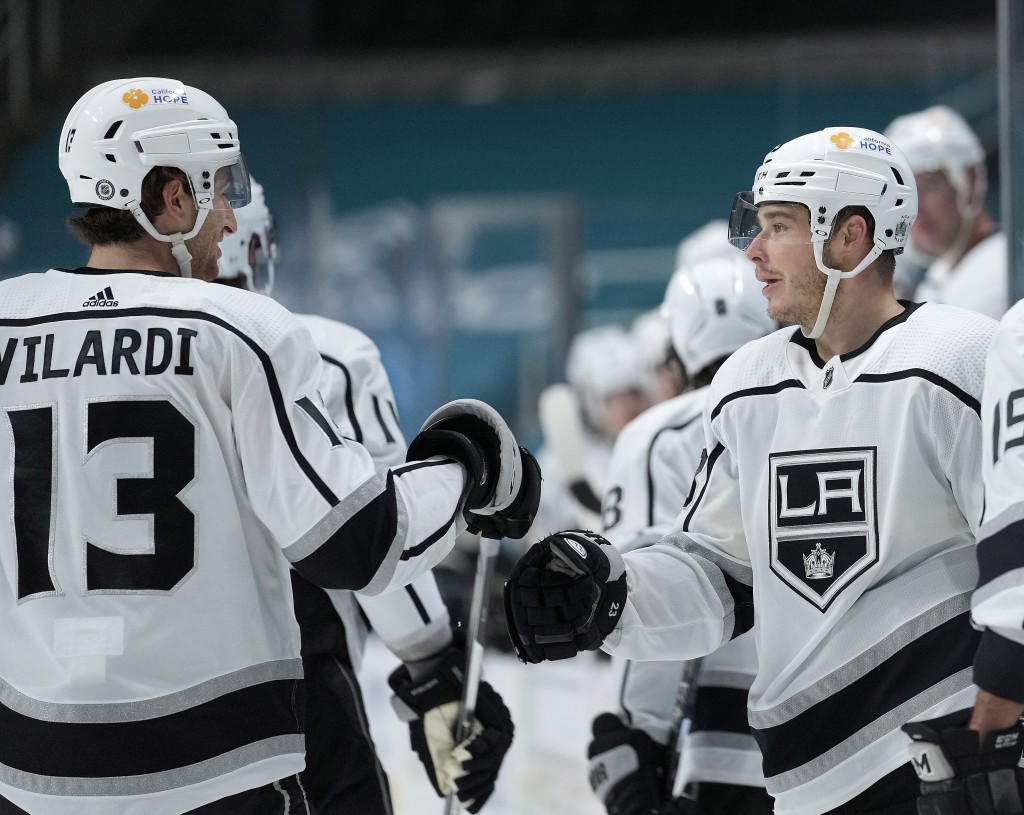 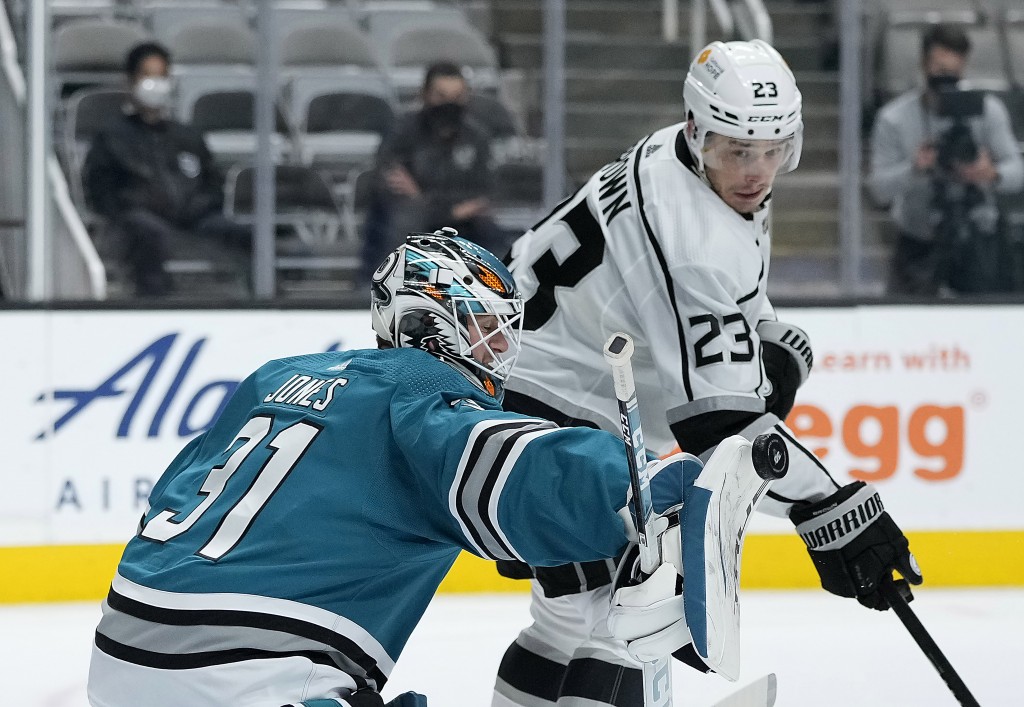 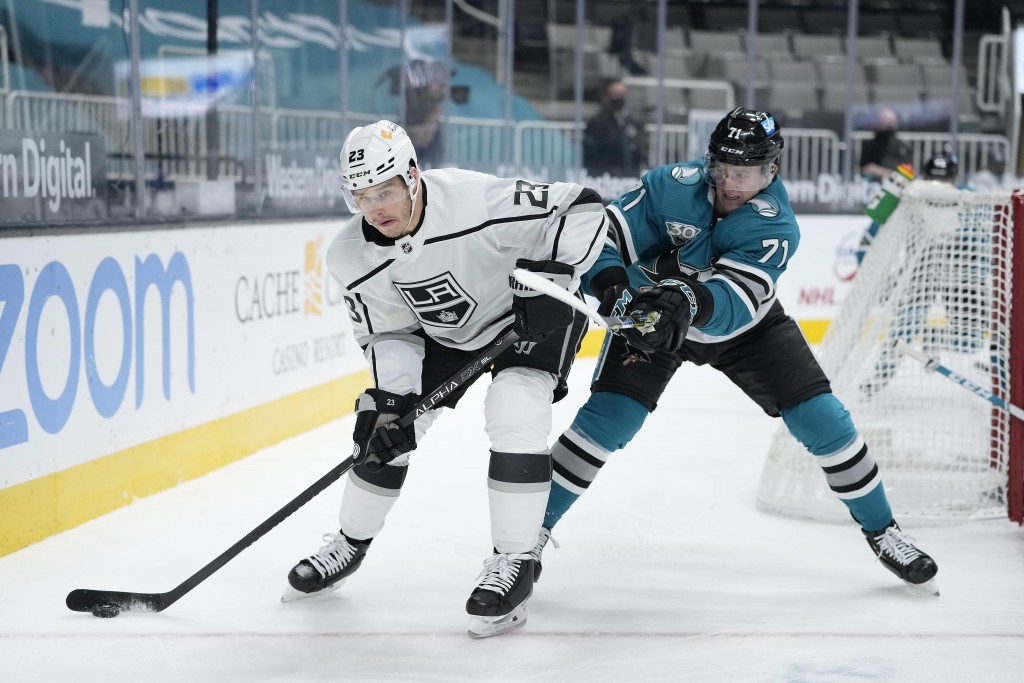 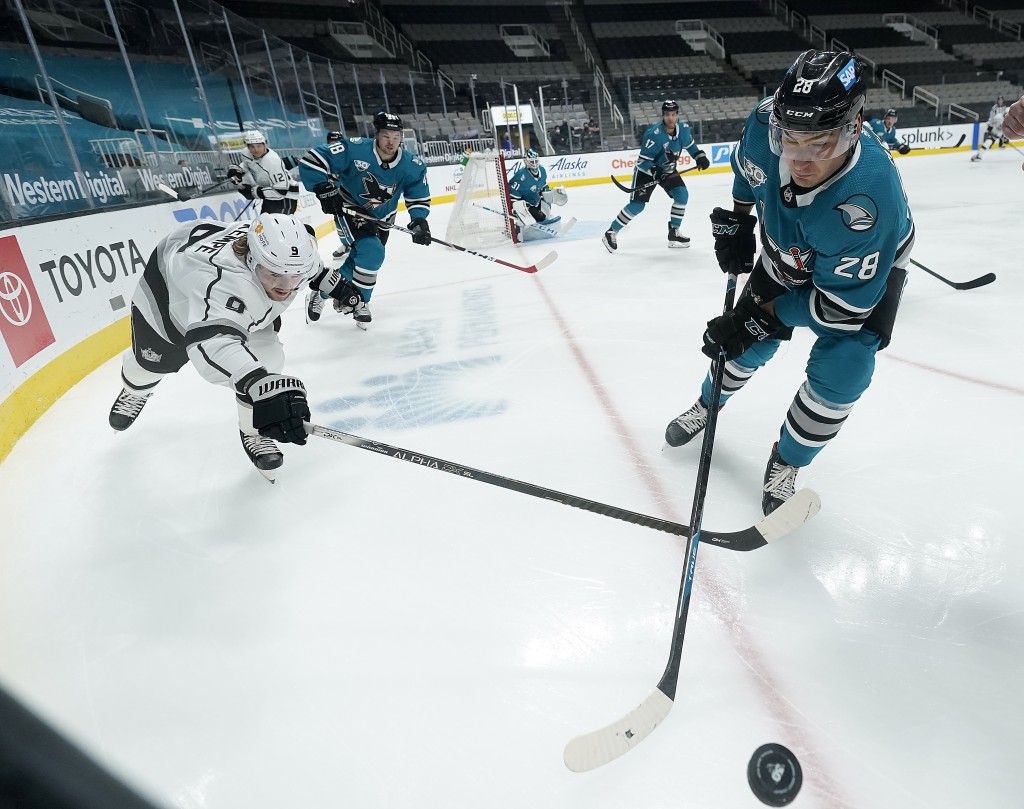 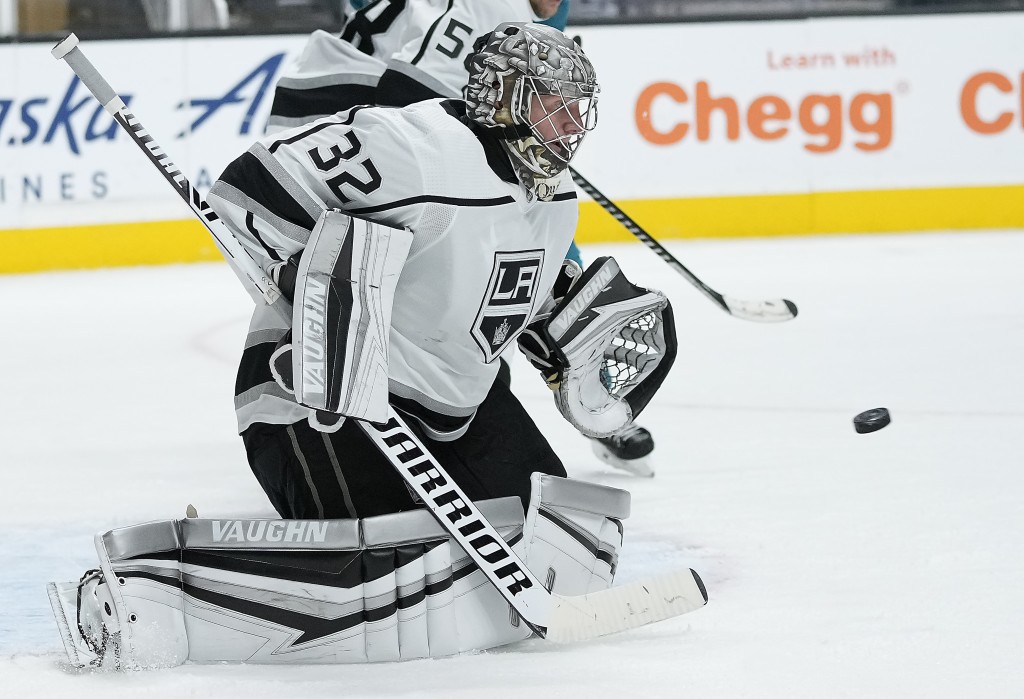 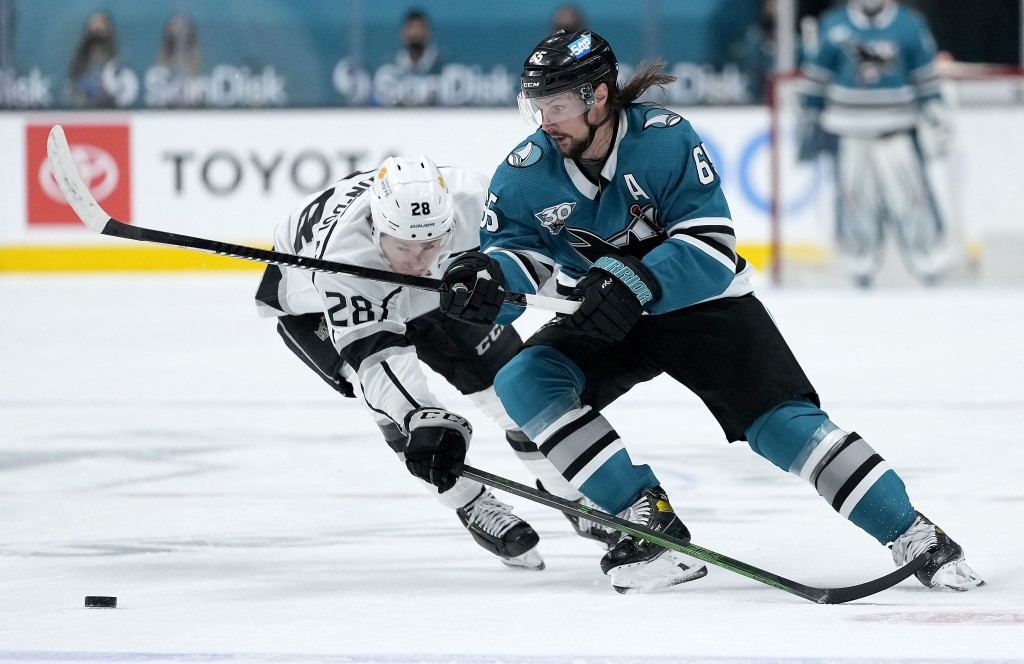 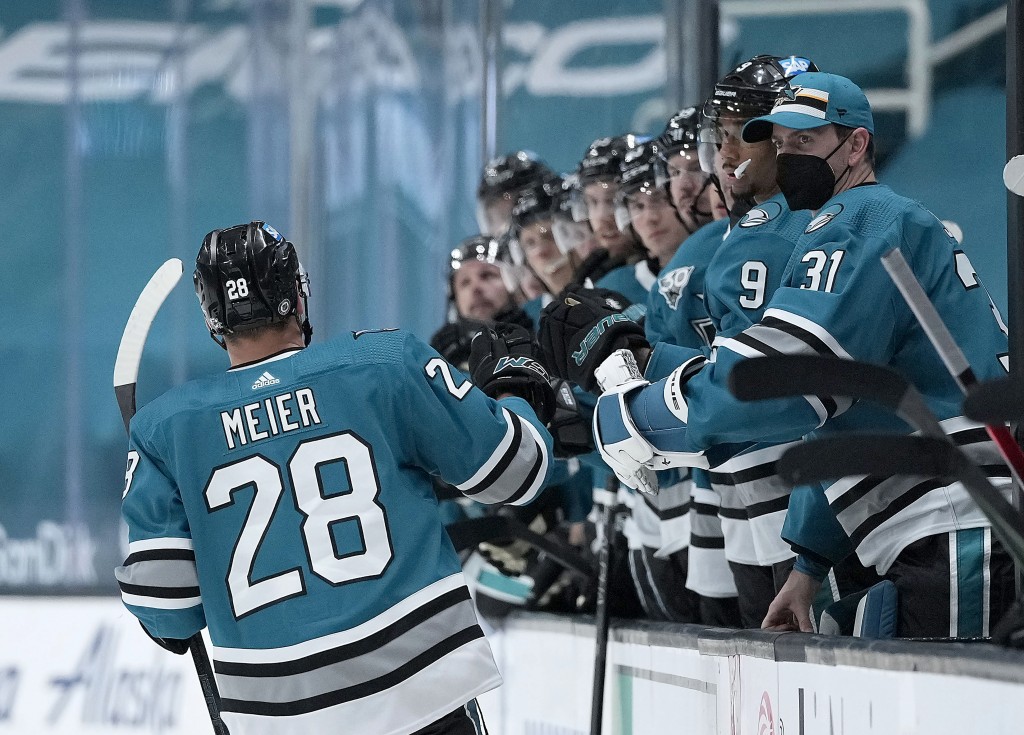 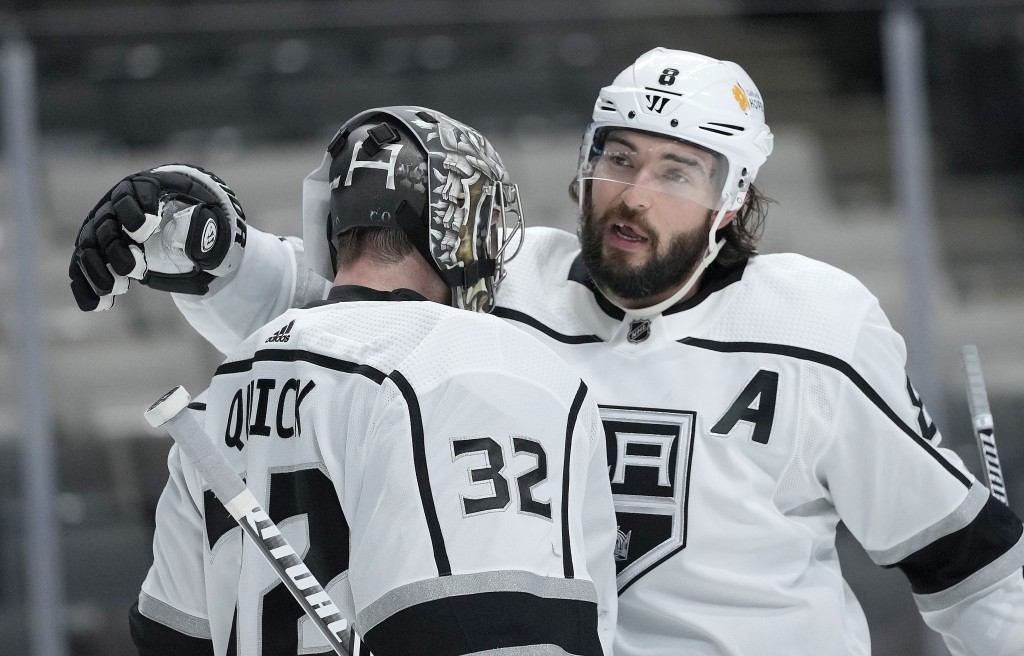 Jeff Carter also scored and Jonathan Quick made 26 saves as the Kings beat the Sharks for just the second time in eight meetings this season.

Dylan Gambrell and Timo Meier scored for the Sharks, who now trail St. Louis by four points for the fourth and final playoff spot from the West Division. Arizona is three points ahead of the Sharks for fifth place.

Martin Jones came in 19-5-3 in his career — including 6-1 this season — gave up four goals on 19 shot through two periods. Josef Korenar stopped all seven shots he faced in the third in his NHL debut.

With the score 1-1 after the first period, Athanasiou and Iafallo scored 55 seconds apart early in the second, and then Brown beat Jones for a power play goal with 7.8 seconds left in the period to give the Kings a 4-1 cushion.

Jones’ strong play was the driving force behind San Jose’s recent push that has propelled the team into the playoff hunt. But Jones perhaps showed a bit of fatigue Saturday in his seventh consecutive start, and defensive lapses by his teammates didn’t help.

Carter scored his eighth goal at 11:43 of the first to give Los Angeles a 1-0 lead. But the Sharks evened the score five minutes later on Gambrell’s goal.

The Sharks traded backup goalie Devan Dubnyk to Colorado on Saturday for defenseman Greg Pateryn and a fifth-round pick in this year’s draft. That opened the door for Korenar to get called up.

Dubnyk, 34, had been strongly rumored as a trade candidate, and he gives the Avalanche a backup goalie with postseason experience.

Kings: Host the first of back-to-back games against the Vegas Golden Knights on Monday.

Sharks: Host the Anaheim Ducks on Monday, beginning a string of 16 games in 27 days to finish the regular season.