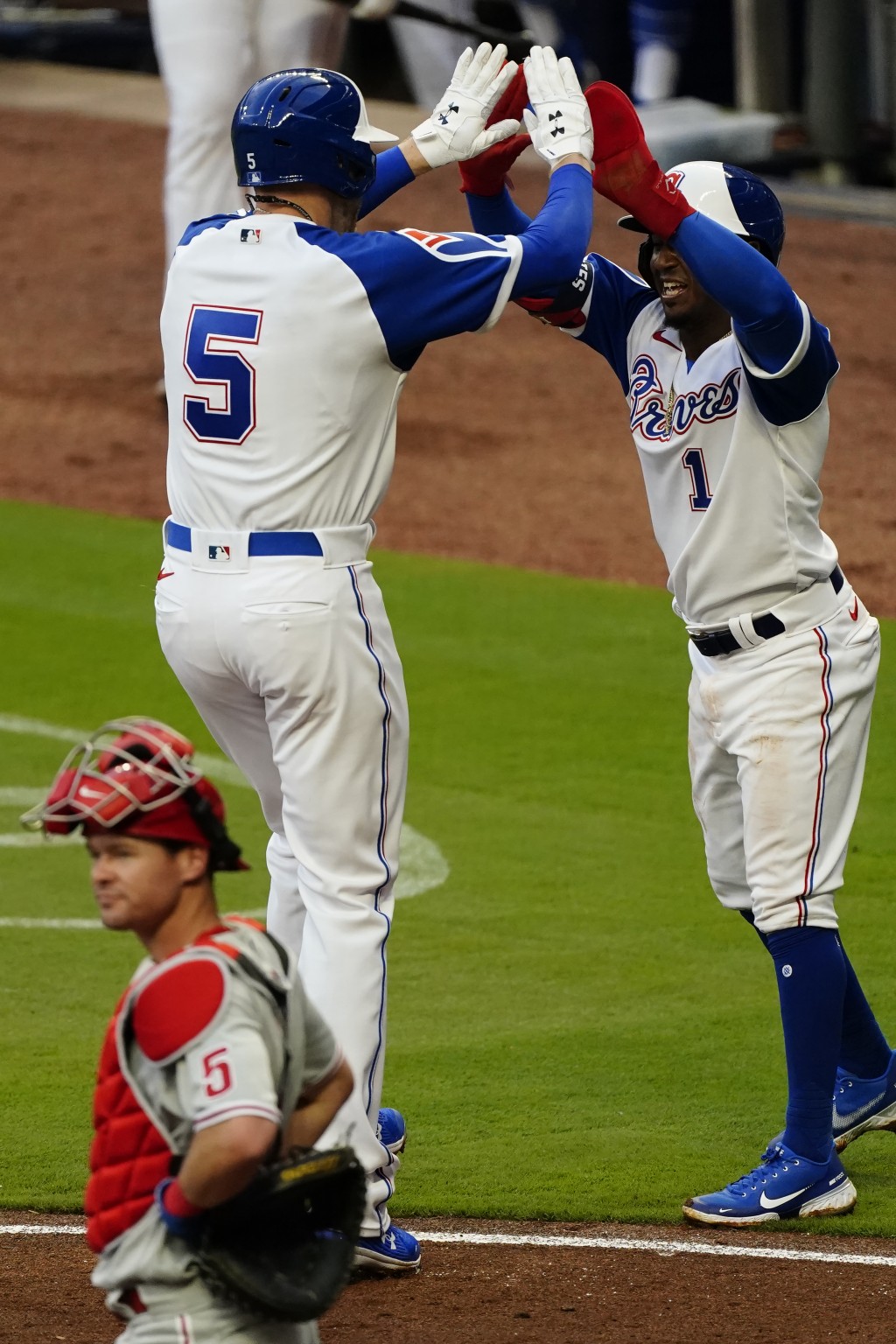 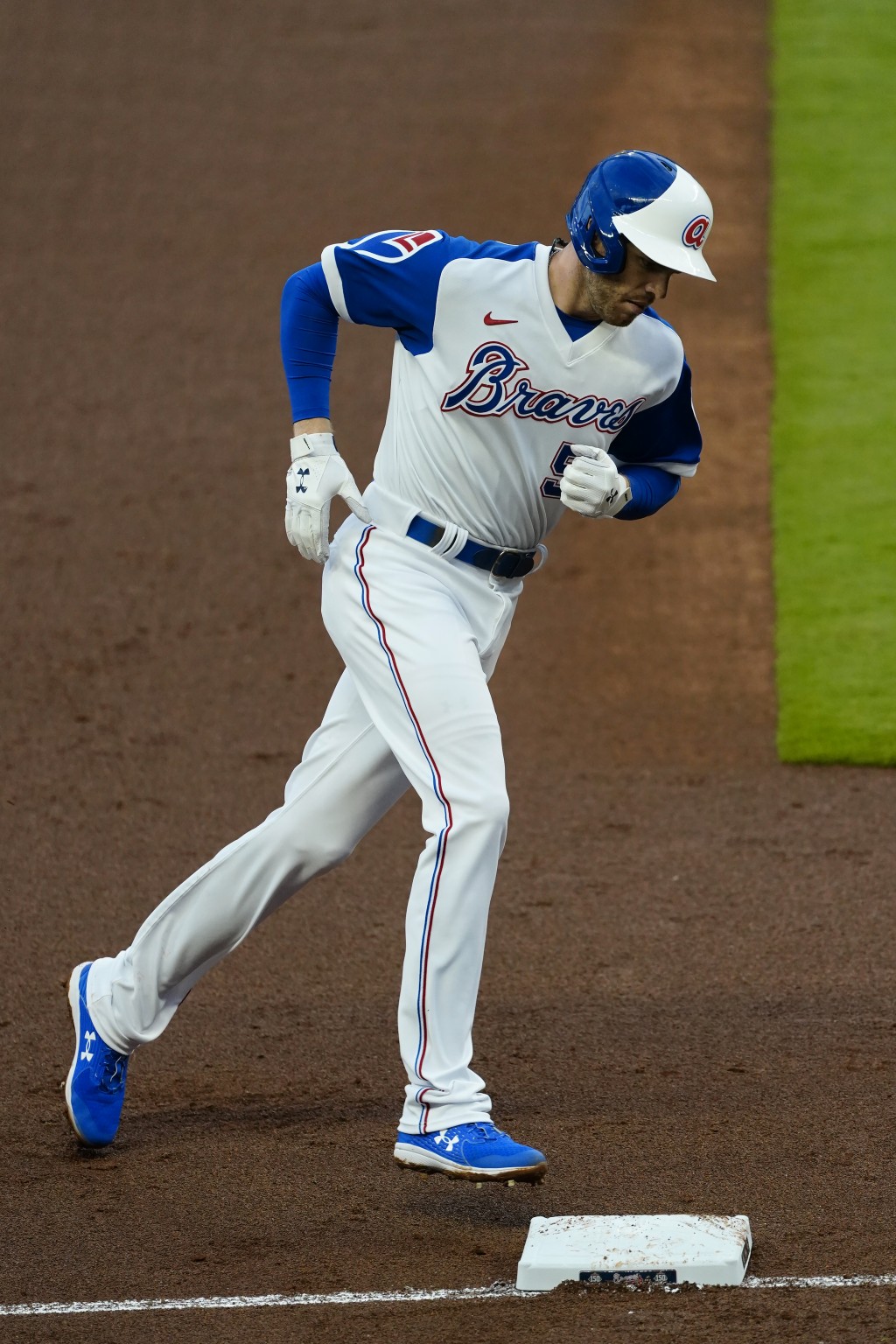 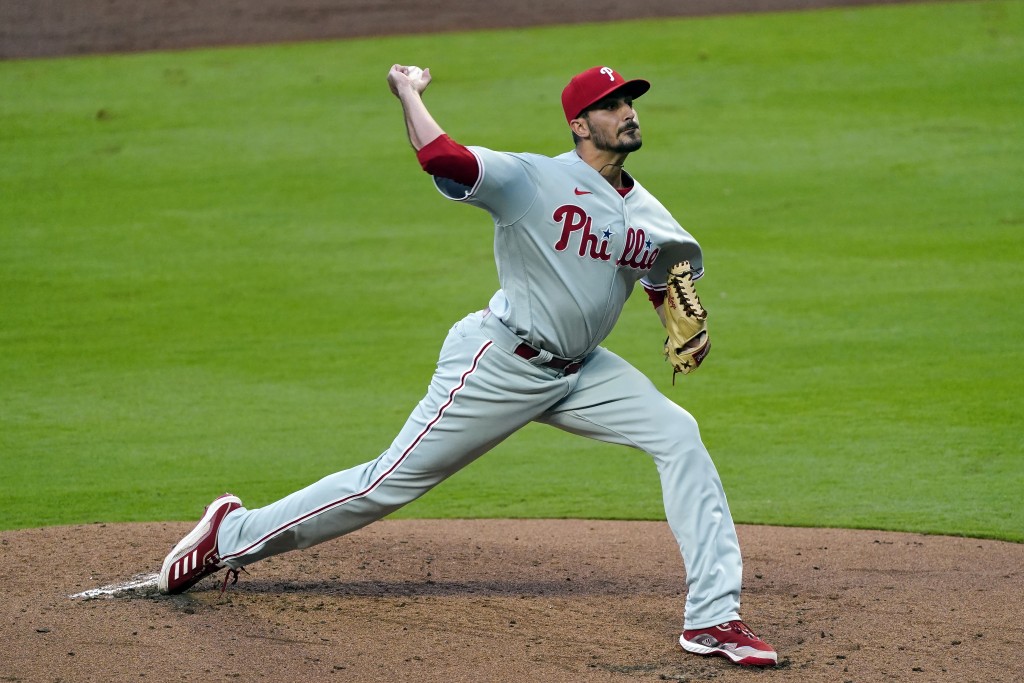 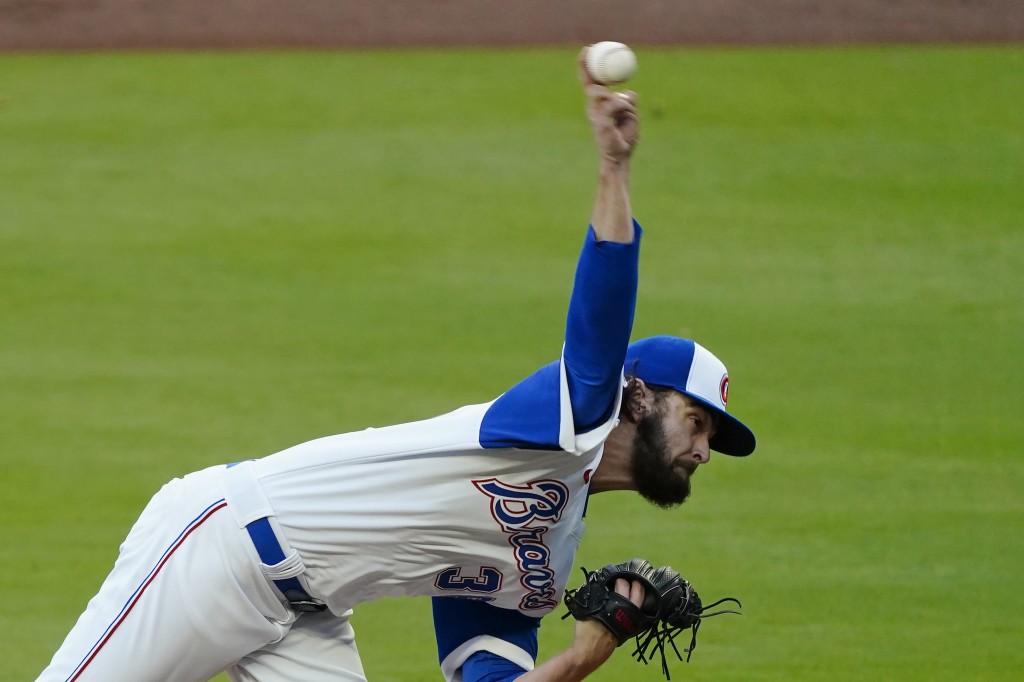 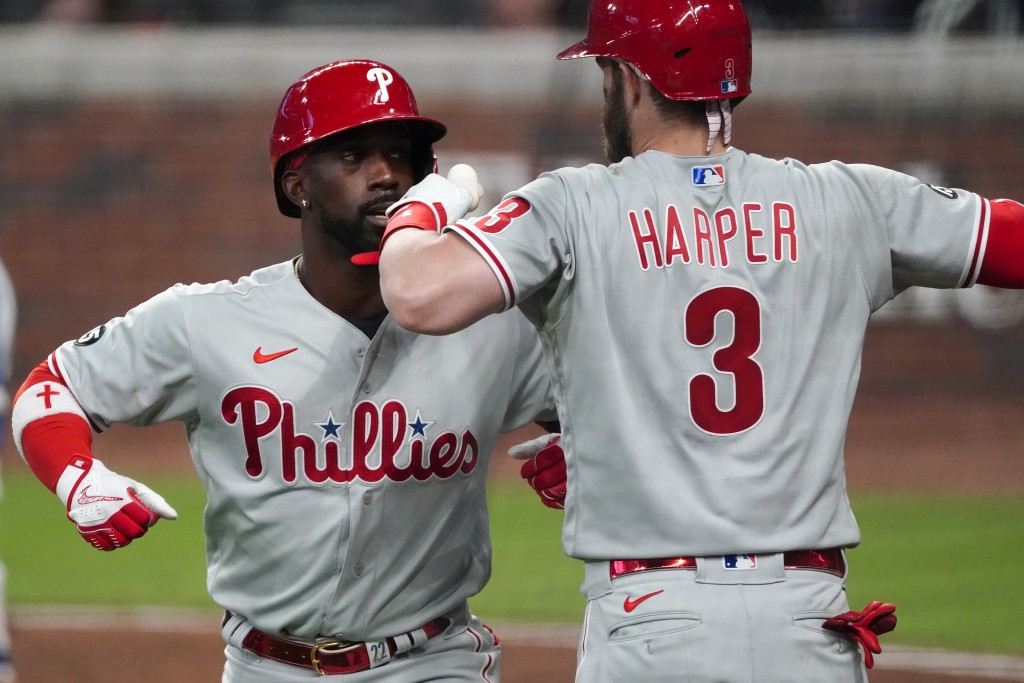 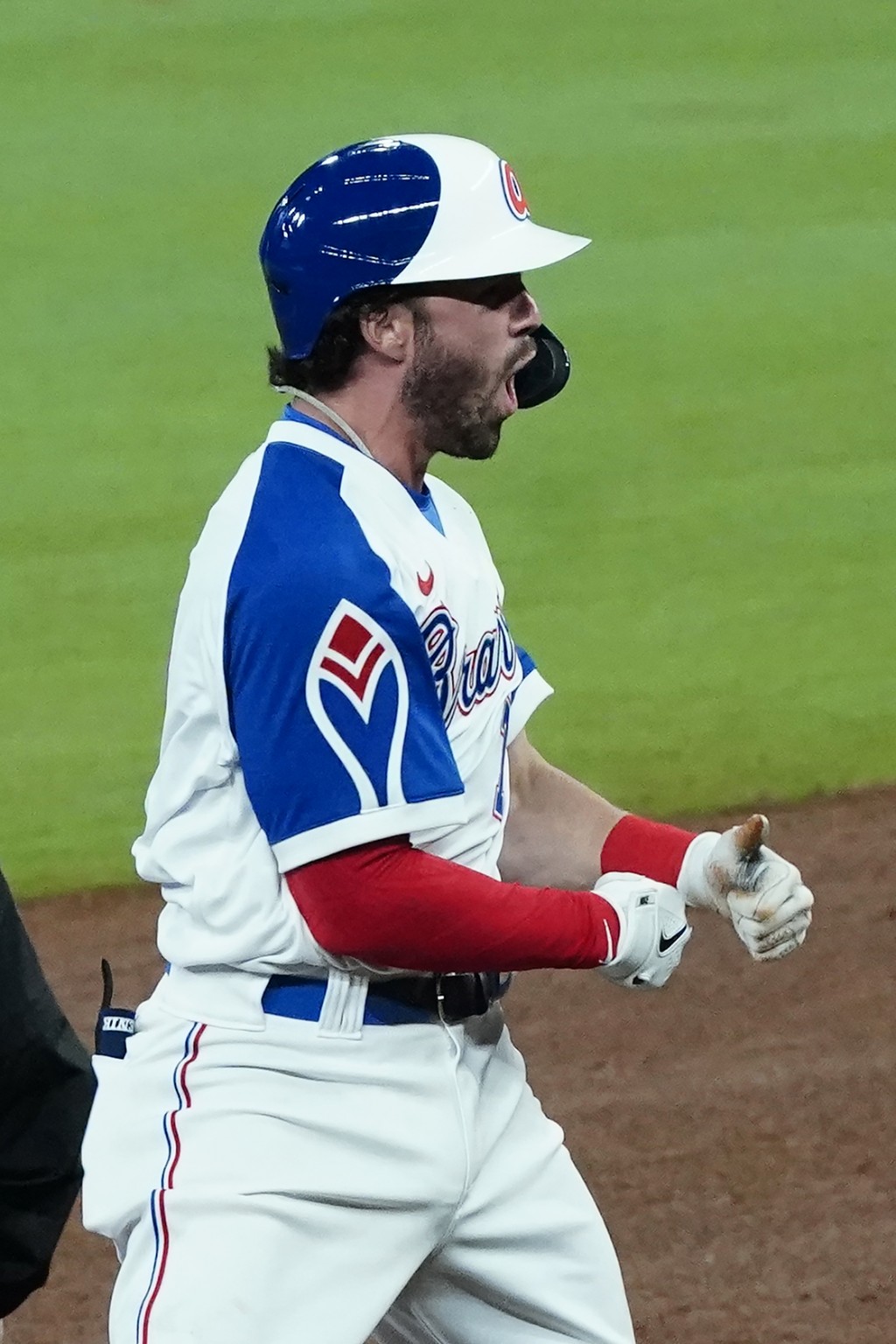 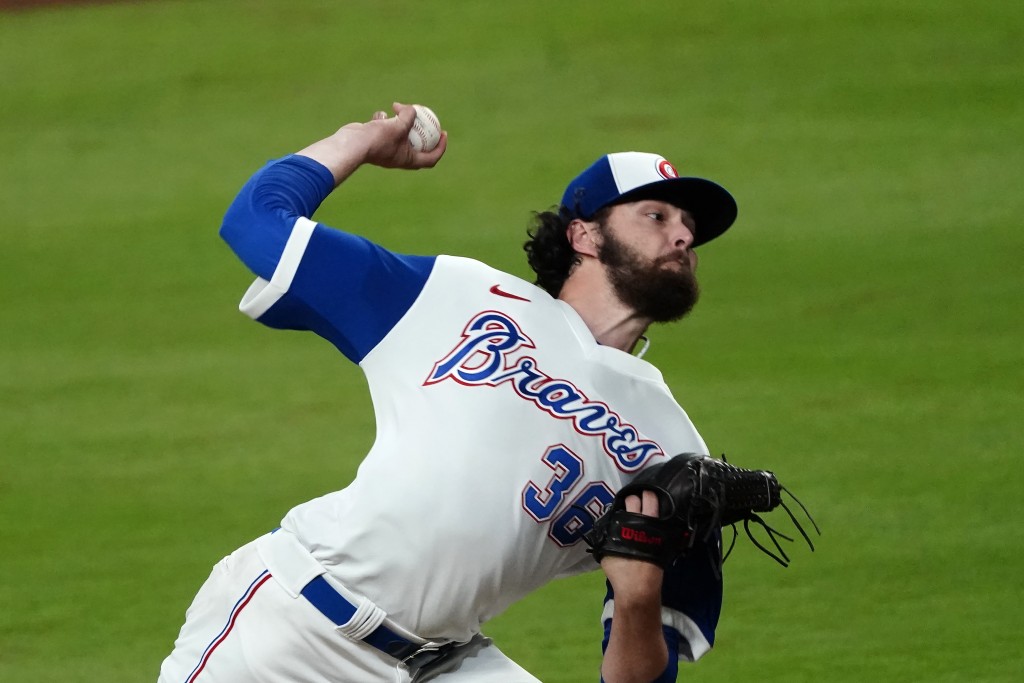 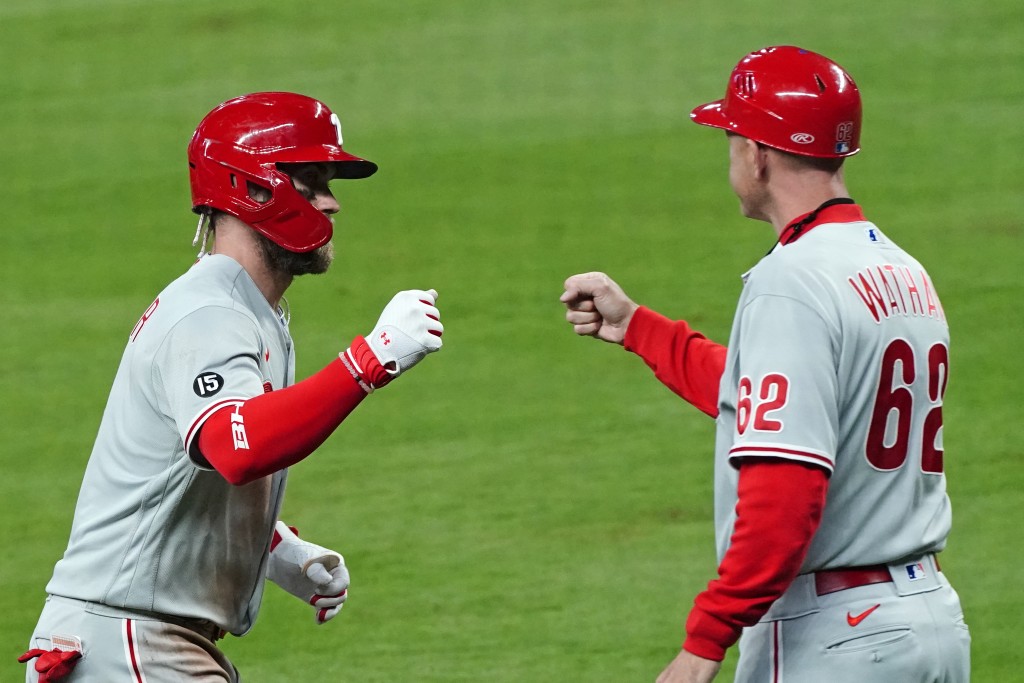 ATLANTA (AP) — Freddie Freeman hit a two-run homer and drove in the go-ahead run with a grounder in the seventh inning to lead the Atlanta Braves to a 5-4 win over the Philadelphia Phillies on Saturday night.

The Braves, who opened the season with four consecutive losses, have recovered with a four-game winning streak, including the first two games of this series against the NL East rival Phillies. Atlanta's 0-4 start included three losses in Philadelphia.

Freeman hit a one-out grounder that left-hander José Alvarado fielded on the mound. Alvarado looked to second, but with the infield drawn in for a play at the plate, no fielder was covering the bag. Alvarado then threw late to the plate. Adrianza scored without a slide.

Sean Newcomb (1-0) had strikeouts on four of his six outs in relief of Ian Anderson. The right-hander yielded four runs in 5 1/3 innings and gave up homers to Andrew McCutchen in the fifth and Bryce Harper in the sixth.

Will Smith pitched a perfect ninth for his second save.

The Phillies took a 2-0 lead on a two-run single by Didi Gregorius. It was Philadelphia's third consecutive single off Anderson, who walked McCutchen to open the game.

The lead didn't survive the inning. Acuña doubled down the first-base line and scored on a double off the right-field wall by Ozzie Albies. Freeman's two-run homer gave Atlanta a 3-2 lead before Zach Eflin recorded an out.

Freeman's homer was his third overall and second in two days.

It was an ominous start to the game for the Phillies, who had not had a pitcher last longer than five innings since Eflin allowed one run in seven innings last Sunday against Atlanta.

“Distance is important,” Phillies manager Joe Girardi said before the game. “We need distance from our starters so we do not wear down our bullpen.”

After giving up the two-run single to Gregorius, Anderson struck out Jean Segura and Andrew Knapp to start a string of 13 consecutive outs before McCutchen's tying homer to left field with two outs in the fifth.

Eflin posted four consecutive scoreless innings before Dansby Swanson's double in the sixth drove in Marcell Ozuna, who singled, for a 4-all tie.

Braves: RHP Chris Martin was placed on the 10-day injured list with right shoulder inflammation after experiencing continued discomfort in a workout on Friday. He left Sunday's relief appearance at Philadelphia due to numbness in his fingers. When asked about Martin’s shoulder, manager Brian Snitker said, “When he went and tried to throw yesterday, all of a sudden it became a concern." RHP Jacob Webb was recalled from the alternate training site.

Left-hander Drew Smyly (0-0, 3.00 ERA) will make his first home start for Atlanta when he faces left-hander Matt Moore (0-0, 5.40) in the finale of the three-game series Sunday night.