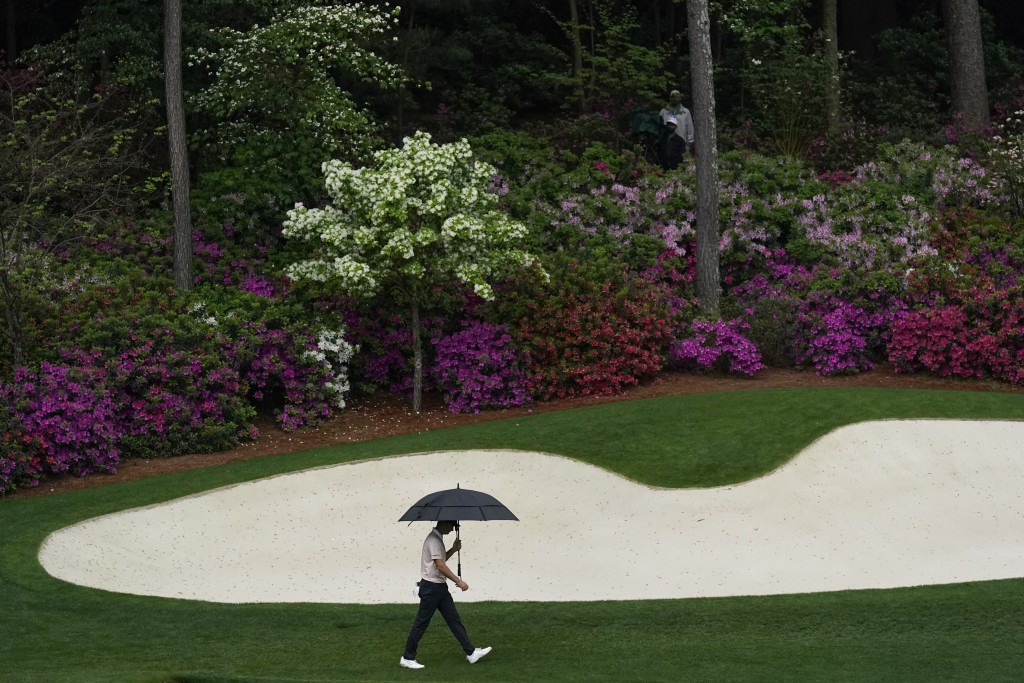 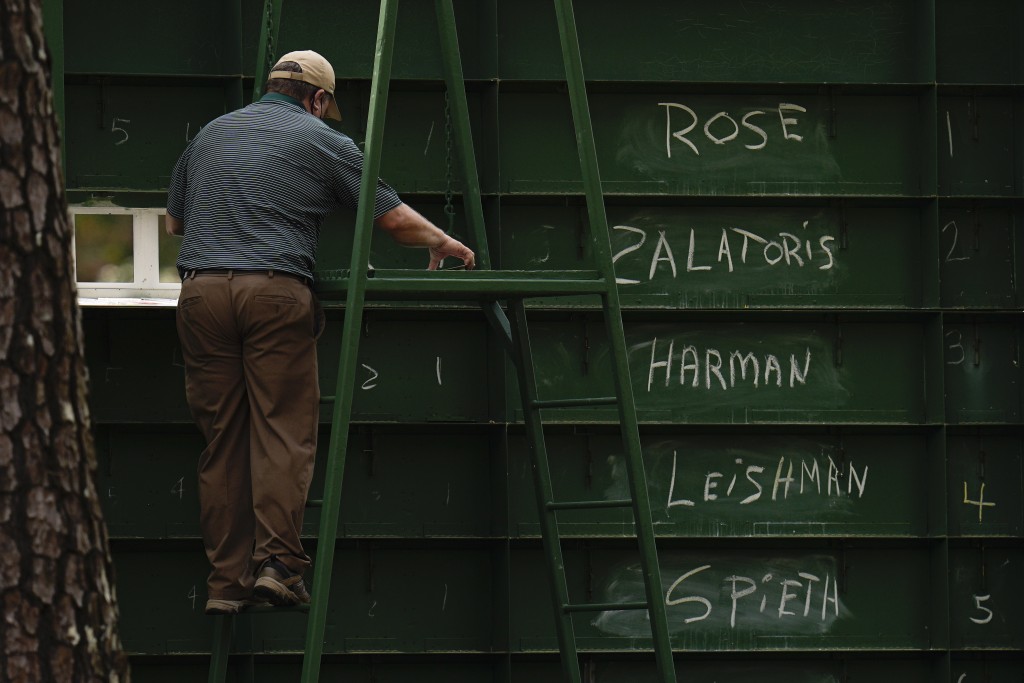 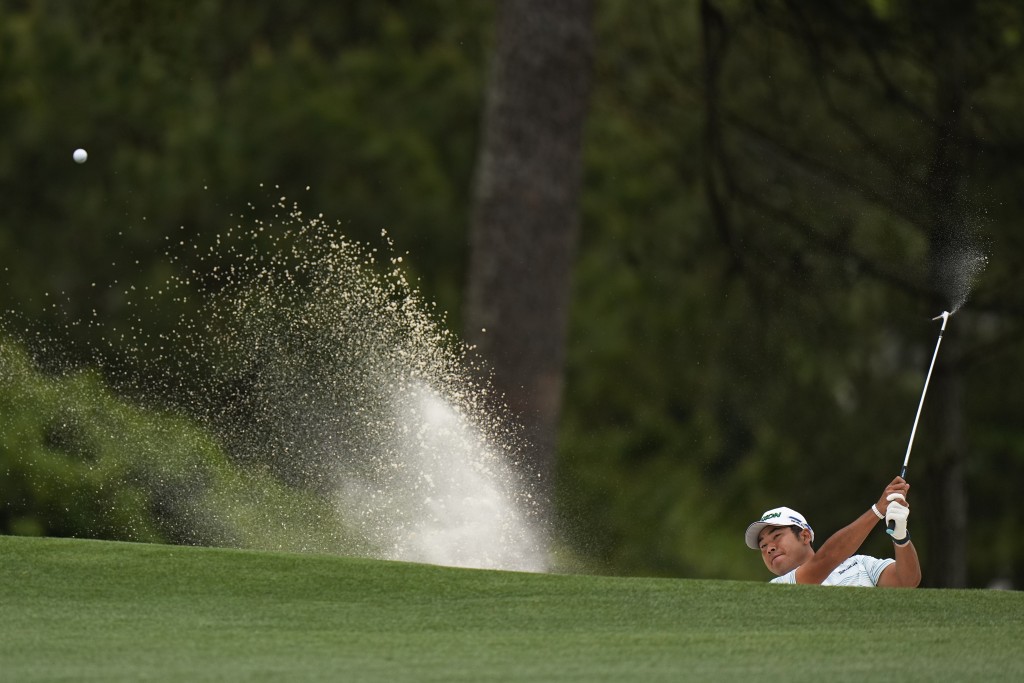 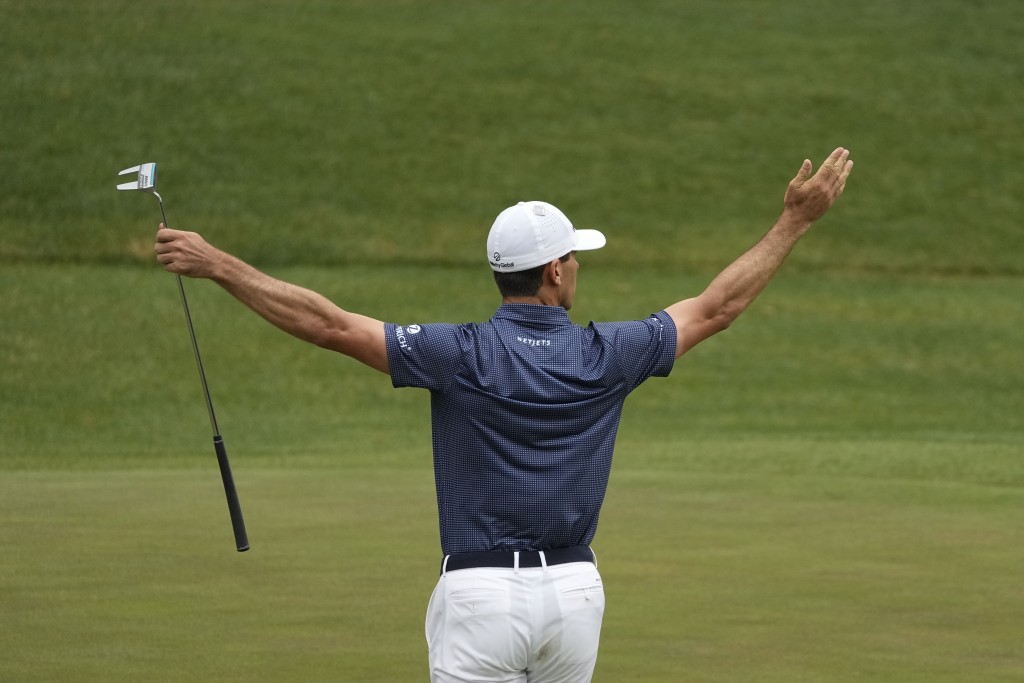 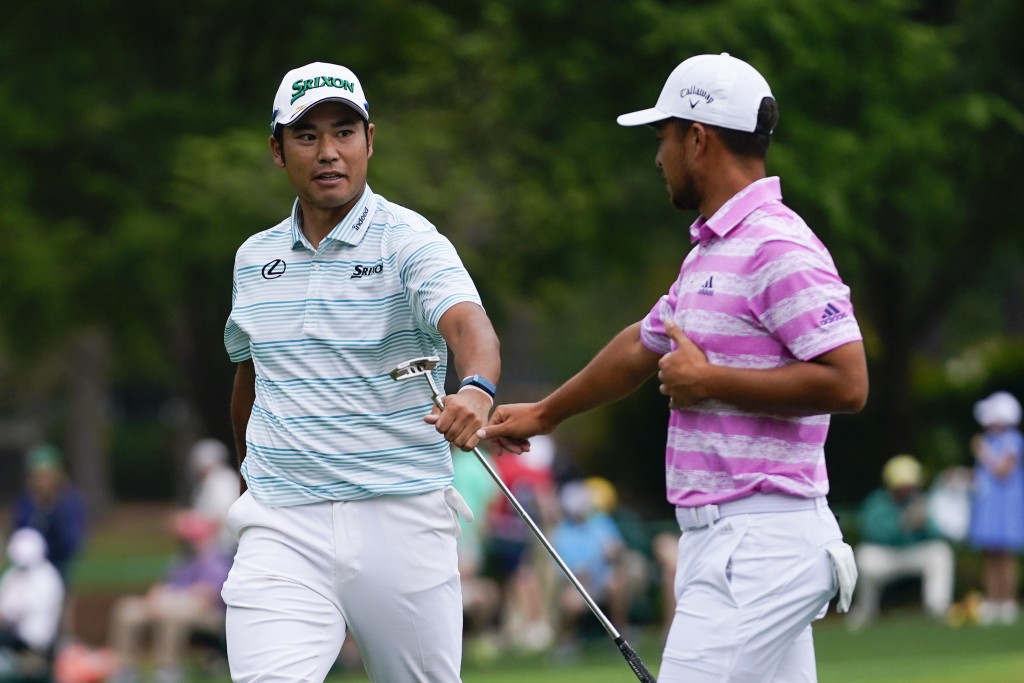 AUGUSTA, Ga. (AP) — Japan has been sending golfers to the Masters since 1936, with about three dozen players combining for well over 100 appearances at Augusta National.

And none had ever finished a round atop the leaderboard.

Hideki Matsuyama’s four-shot lead going into Sunday’s final round of the Masters is a breakthrough moment for Japan, which became the 17th nation to see one of its players hold a lead after any round at Augusta National.

It was 10 years ago when Matsuyama became the first Asia-Pacific Amateur champion to make the cut and be the low amateur at the Masters. He was the second-lowest amateur finisher to Patrick Cantlay in the Masters field the following year.

Here’s something else to note going into the final round: on two previous occasions, Matsuyama has posted the low fourth-round score at the Masters.

Xander Schauffele is from San Diego. Hideki Matsuyama is from Japan, and needs a translator to help with his interview sessions with English-speaking media.

That doesn’t mean Schauffele and Matsuyama can’t talk on the course.

They were paired in the third round on Saturday and Schauffele — whose grandparents lived in Japan — knows a little bit of the language.

“I know a little bit of Japanese,” Schauffele said. “I threw my few words in here and there. Just some proper words. Some bad ones, too.”

He can practice his Japanese a little more on Sunday as well. Schauffele and Matsuyama are the final group at the Masters, going off at 2:40 p.m.

“It was really enjoyable playing with Xander today,” Matsuyama said. “We didn’t get a chance to talk a lot, but when we did, we exchanged some good Japanese jokes and had a good laugh.”

Billy Horschel went into the water on the 13th hole at the Masters on Saturday.

He also went onto his backside.

Horschel took a slip-and-slide trip to blooper-reel immortality in the third round at Augusta National, after playing his second shot on the par-5 13th into the water — a tributary of Rae’s Creek.

He removed his shoes and his socks, rolled up the legs of his white pants to his calves, surveyed the situation and then made his way barefoot down a slope toward the water. He slipped on the way, his feet going out from under him and he landed on his butt.

That drew a laugh from the patrons. So did his immediate reaction — turning toward playing partner Phil Mickelson to assess the damage.

Horschel asked Mickelson if there was a grass stain.

Horschel played his third out of the water to well above the hole, put his shoes and socks back on and two-putted for a par that was anything but routine.

“He hit one of the best shots I’ve ever seen,” Mickelson said. “There were two balls in the water that I was looking at, one was half submerged, one was fully submerged. I thought for sure his ball was the one half submerged. Uh-nuh, he went after that ball fully submerged and got that thing out. It was an incredible golf shot.”

Mickelson had a famous slip at a major once, too. He intentionally slipped down a steep dune during the PGA Championship at Whistling Straits in 2015.

It wasn’t the first time Horschel ended up on his backside during a tournament.

This particular story has become part of golf lore: Bay Hill in 2013, Horschel had been getting ribbed by Tiger Woods all week about his leaping ability, so Horschel saw a cooler on the driving range and attempted to jump atop it. As he went airborne, he saw that the cooler’s lid wasn’t exactly on securely.

“Tiger was on the ground laughing for a good minute and a half,” Horschel said.

Play was suspended because of severe weather in the area around 4 p.m. Saturday, and rain began to fall not long afterward.

It was the first rain of the week at Augusta National. More than half of the Masters tournaments — now 46 out of 85 — have seen some rain.

This became the third consecutive year that the Masters got suspended by weather. There wasn’t a single delay or suspension in the 10 tournaments from 2009 through 2018.

For the third consecutive year, the Masters champion will take home $2.07 million.

The Masters on Saturday released the breakdown of how the $11.5 million purse will be distributed this year, and first prize this year matches what Tiger Woods received for his win in 2019 and what Dustin Johnson got last year.

If someone finishes in sole possession of second place, he’ll receive $1.242 million — which would be the biggest prize in Masters history going to a non-winner. Runner-ups Sungjae Im and Cameron Smith got $1.012 million apiece last year; the Masters record for runner-ups is $1,188,000, won by Rickie Fowler in 2018 and Justin Rose in 2017.

Jon Rahm and Mackenzie Hughes have signed for the same score in each of the first three rounds at the Masters: 72 each day.

They’ve got chances at a Masters rarity.

Even though his scores have been the same, Rahm says his play has gotten better as the week has gone along.

“The first day was by far the worst day golf-wise,” Rahm said Saturday. “I was able to get a lot of up and downs. Yesterday somewhat similar to today, just nothing that happened. And same thing today. I’m hitting good shots, and it’s just not happening.”

There were two other players in the chance to join the four-of-a-kind club.

Brian Harman shot 69 in the first round and 69 in the second round, but shot 74 on Saturday. Michael Thompson opened with rounds of 72-72, then went to 75 in his third round.

Masters leader Hideki Matsuyama, when told Saturday that he has 10 rounds of par or better in his career at Augusta National: “Hopefully I can make it 11 tomorrow.”