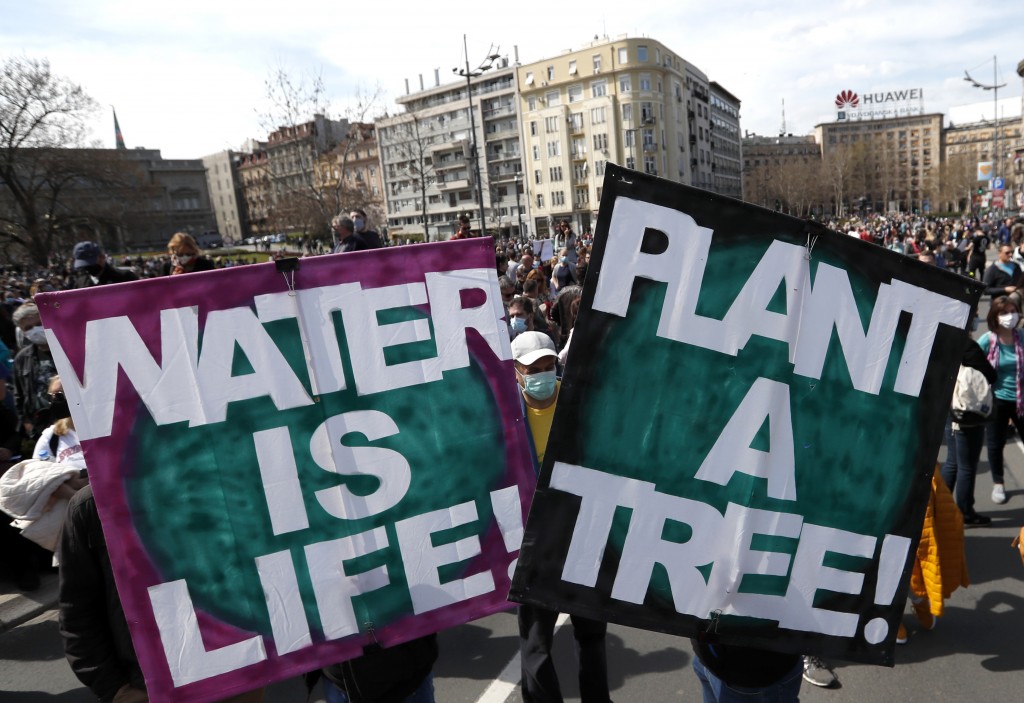 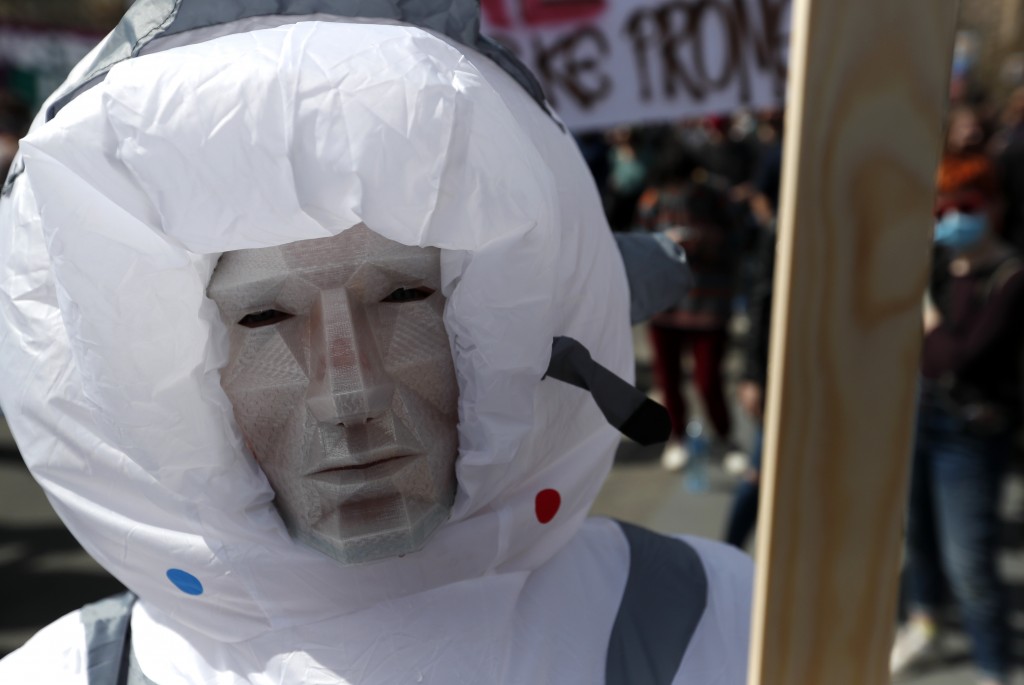 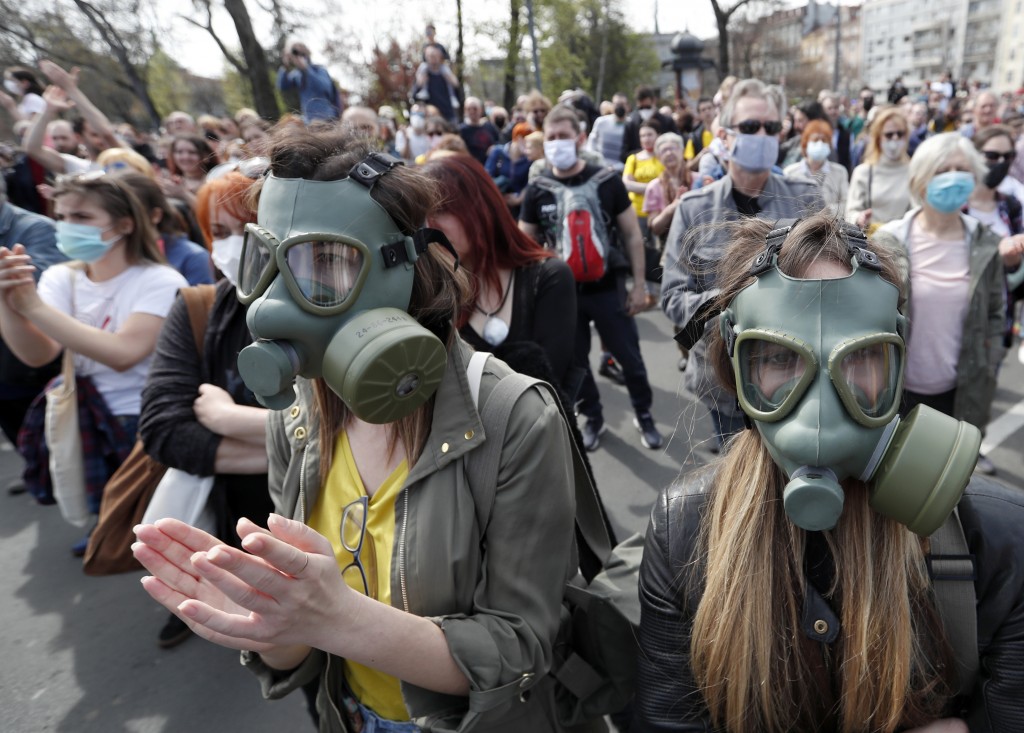 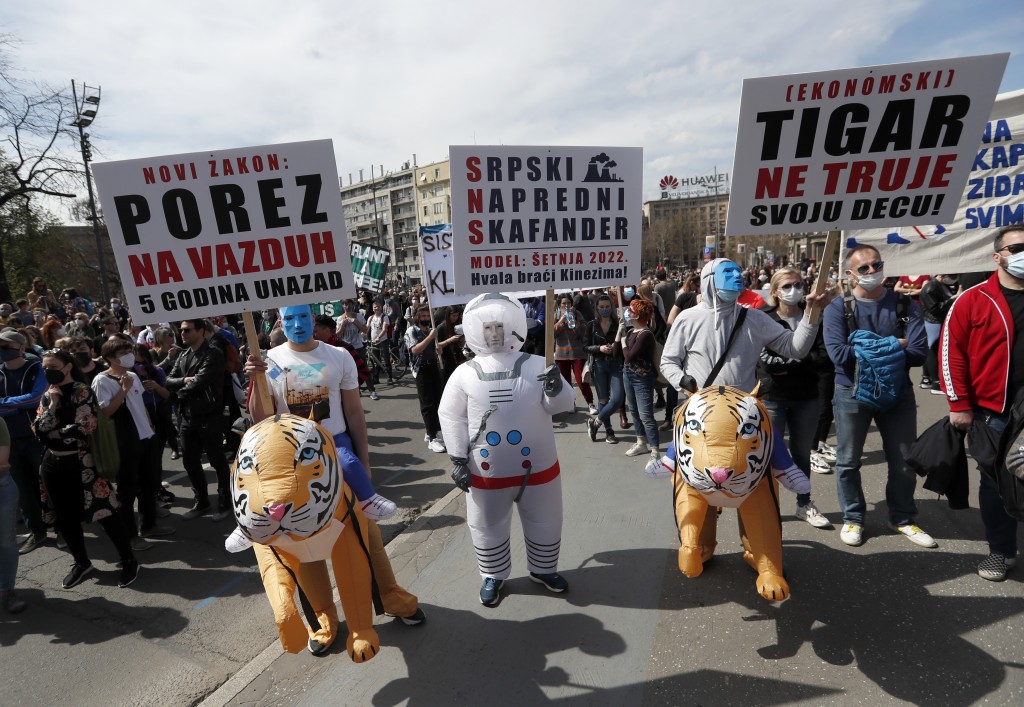 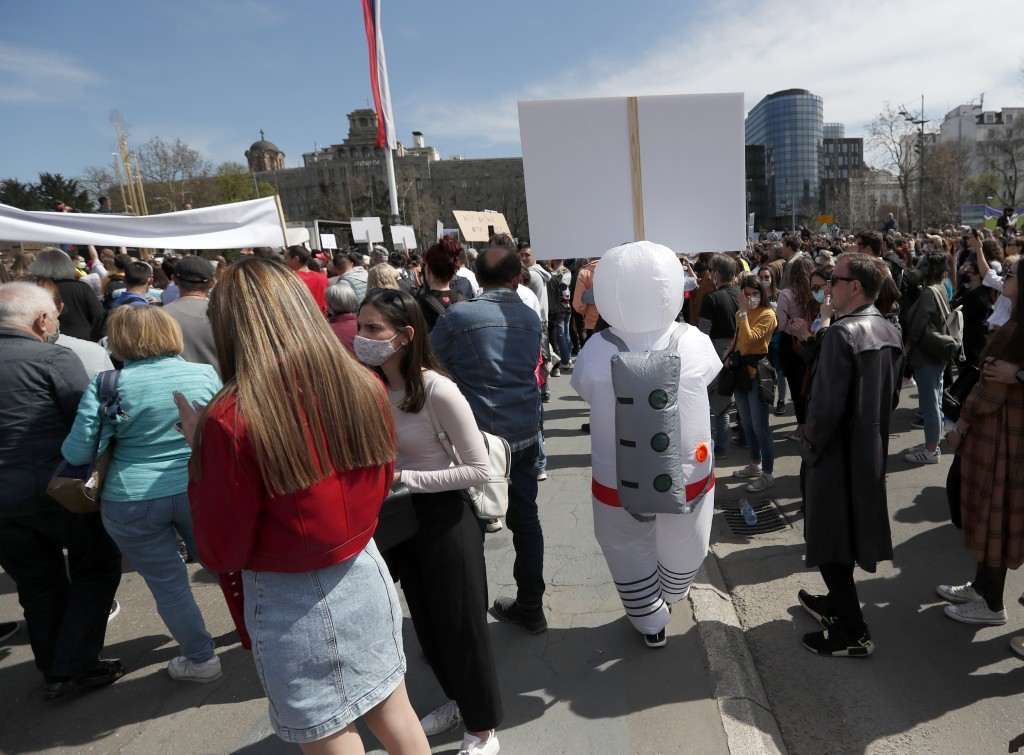 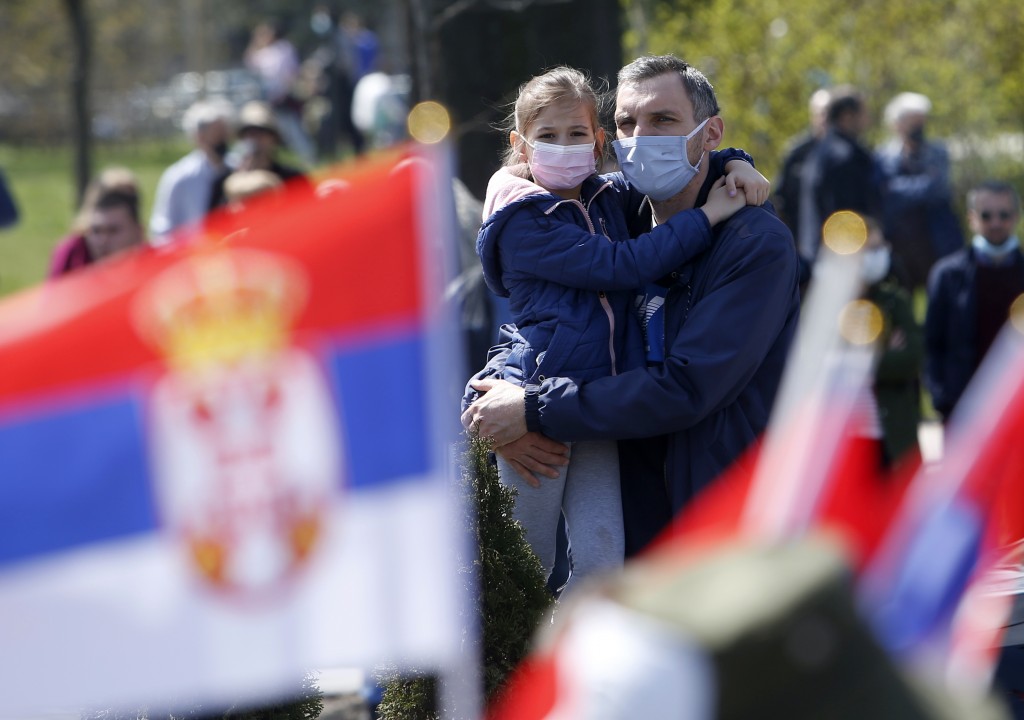 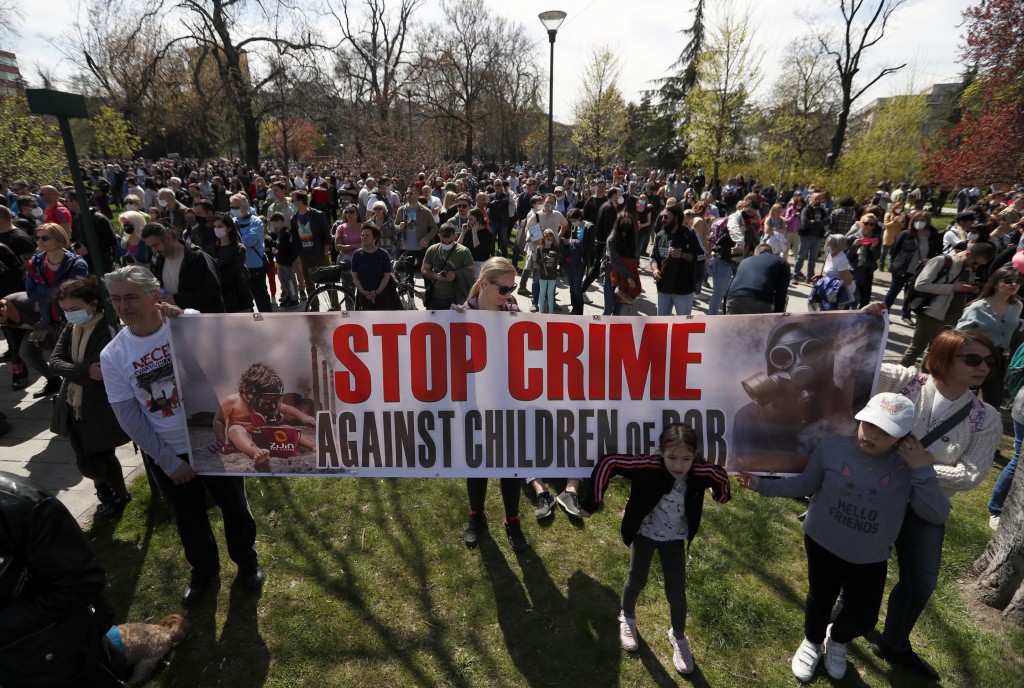 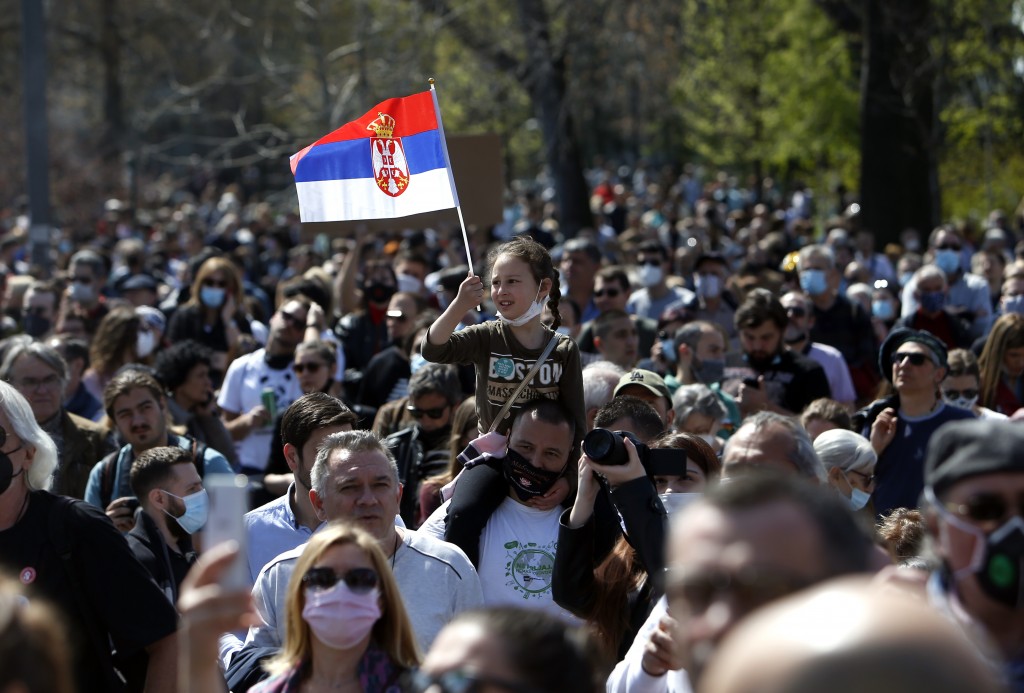 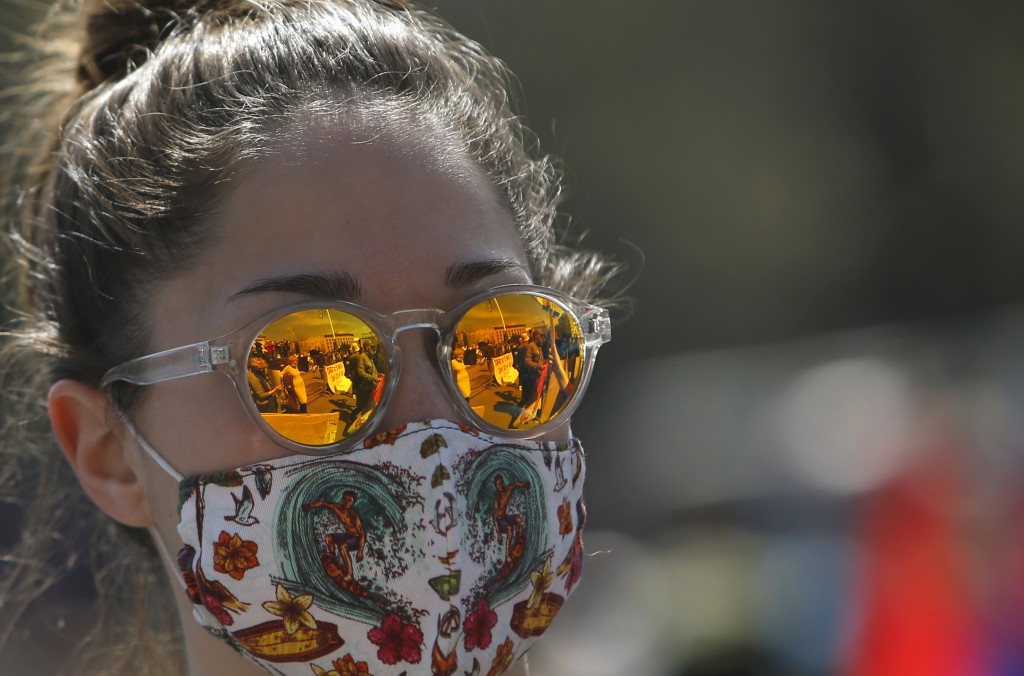 BELGRADE, Serbia (AP) — Protesters in Serbia rallied Saturday demanding that the government protect the environment in a Balkan nation that has seen record levels of air pollution and scores of other ecological problems following decades of neglect.

Several thousand people gathered outside the Serbian parliament building in the capital of Belgrade for an “ecological uprising” against what organizers say is a widespread environmental devastation in the nation aspiring to join the European Union. Some wore face masks to ward off coronavirus but not all.

Serbia has faced mounting problems that include poor garbage management and high air pollution caused by the use of poor-quality coal and other pollutants. Rivers have been polluted by toxic industrial waste and many cities, including Belgrade, lack good sewage and waste water systems.

“We came to say ‘No!’ to those who jeopardize our rivers and our nature every day,” said Aleksandar Jovanovic, who belongs to a movement opposed to building small hydropower plants on Serbia's rivers.

Protesters carried banners reading “Cut corruption and crime, not forests!” or “Water is life” and “Plant a tree!" — referring to shrinking green areas in the cities, particularly in Belgrade, where huge concrete residential areas have sprung up in recent years.

“I think this is the most important topic in our lives,” said protester Bojana Jovanovic.

Hours before the rally, the Serbian Environment Ministry said that Serbia's many problems are not new and insisted the government has launched projects aimed at finding long-term solutions to pollution. Environment Minister Irena Vujovic later described the protest as political, saying organizers wanted to make “quick political gains” rather than work to solve problems.

Activists from Bosnia joined the protest, saying that everyone in the region shares the same concerns.

The Balkan nations must substantially improve their environmental protection policies if they want to move forward in their bids to join the 27-nation EU. Impoverished and marred by corruption after years of crisis in the 1990s, many Balkan countries have pushed environmental issues to the sidelines.

Last winter, Bosnia and Serbia drew world attention after pictures were published of rivers clogged with tons of plastic bottles and other garbage that washed away from poorly-managed landfills and illegal dumpsites.

While much of the region's air pollution comes from outdated coal power plants, activists also accused Serbian authorities of turning a blind eye to pollution generated by foreign-funded projects.

”This is our country!" said Jovanovic. "You are all welcome, the Russians and Chinese, Americans. But under one condition: there must be no poisoning of our children.”