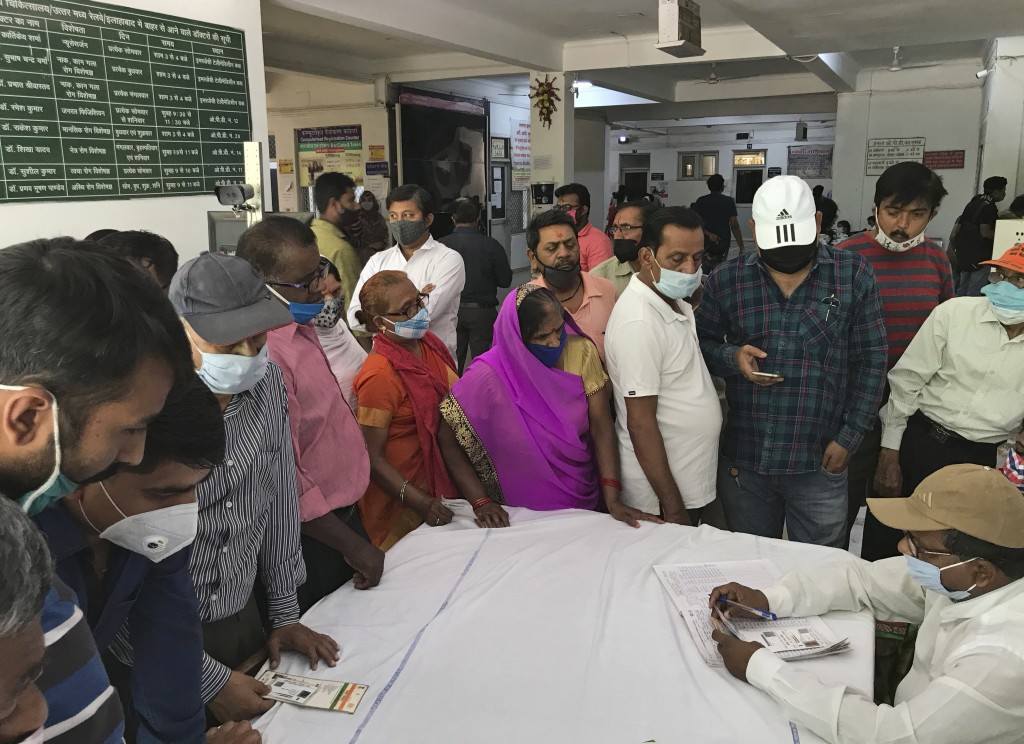 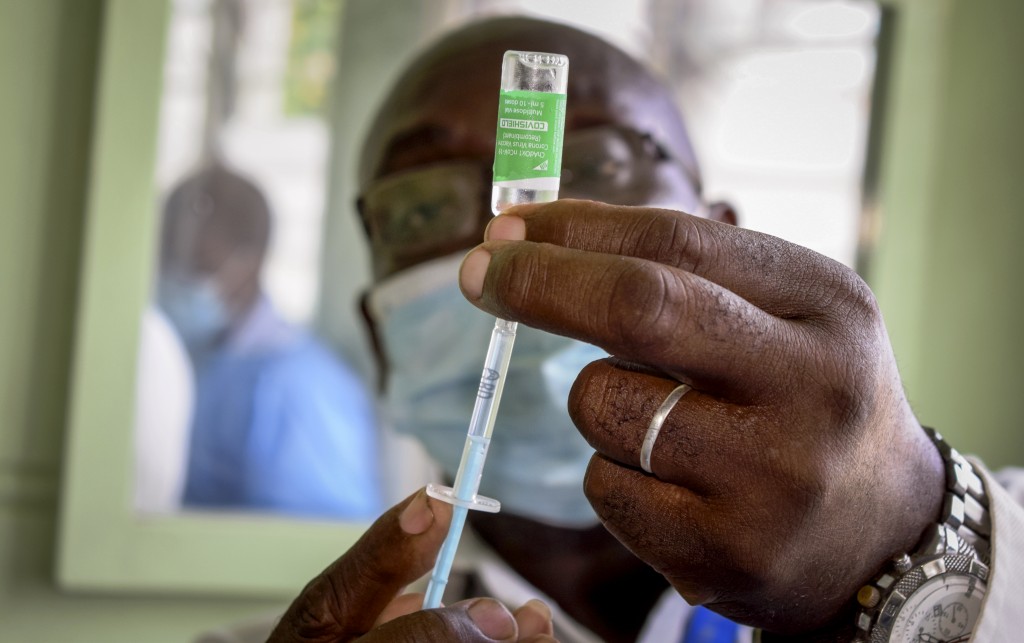 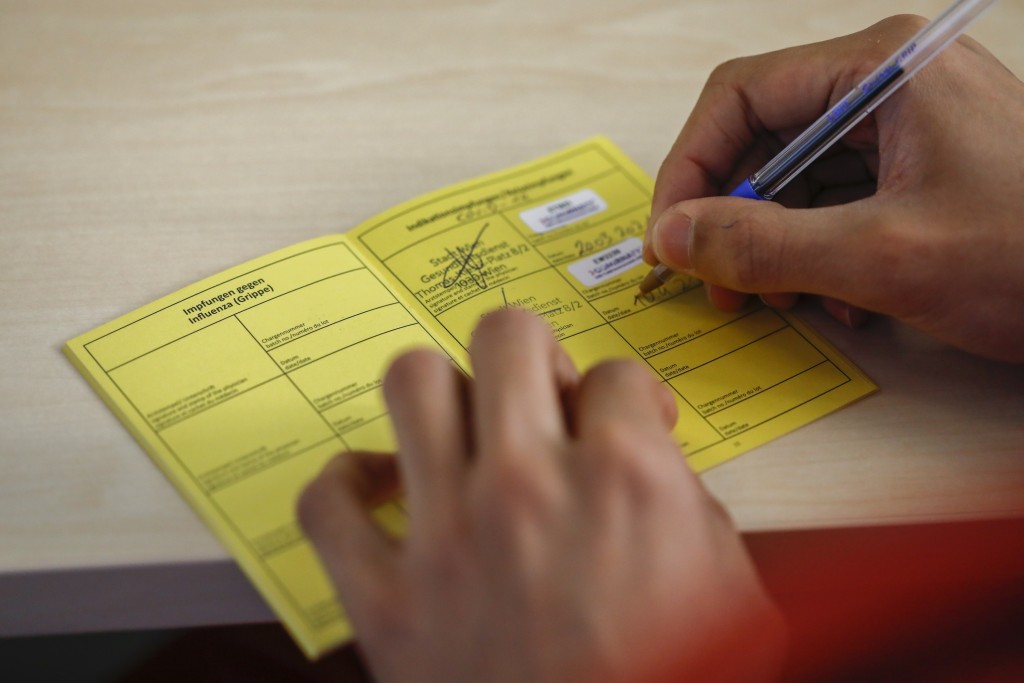 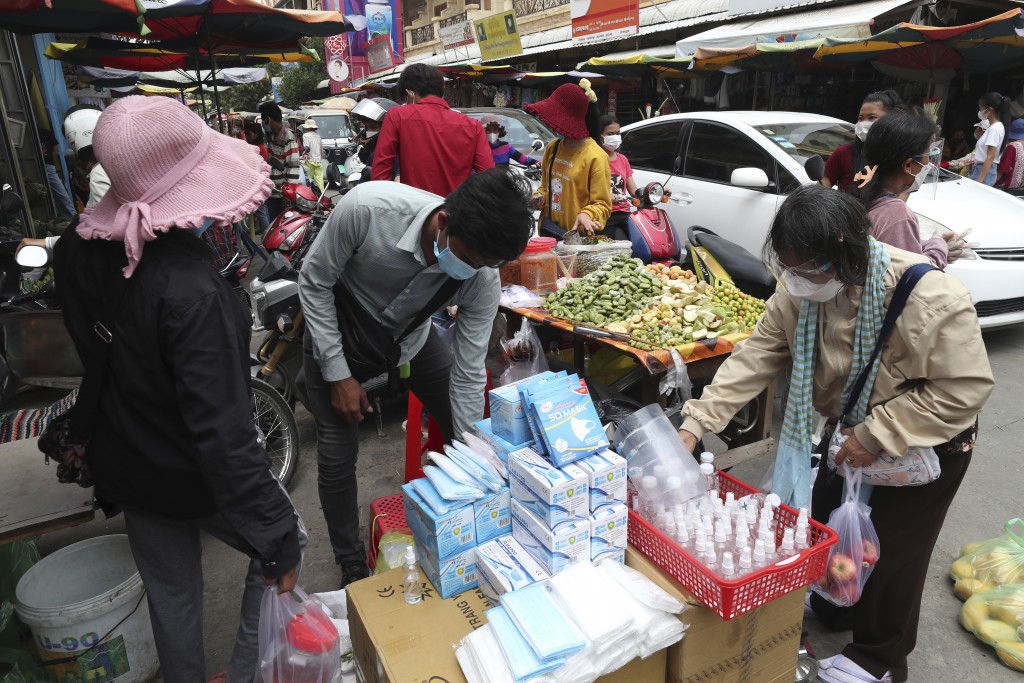 NEW DELHI — Multiple Indian states are warning the federal government of COVID-19 vaccine shortages as another spike in cases threatens to overrun the country and its already-feeble medical infrastructure.

Authorities in New Delhi and in Punjab and Rajasthan states said Saturday that they would not be able to continue vaccinations in the coming days unless stocks were replenished. Earlier this week, western Maharashtra state, the epicenter of the country’s outbreak, closed some vaccination centers and turned people away due to inadequate vaccine supplies.

Indian Health Minister Harsh Vardhan has said the country has enough doses and urged state governments to put an end to “fearmongering.”

India, a major vaccine manufacturer, has so far administered 97 million shots but is facing major supply snags as it works to inoculate a huge population of nearly 1.4 billion people. Vaccine shots are currently limited to people over age 45 and frontline workers.

Prime Minister Narendra Modi’s opponents have blamed his government for exporting tens of millions of vaccine doses instead of focusing on immunizations at home. India has exported 64.5 million vaccine doses of vaccines to other nations. It stopped exports last week to prioritize domestic needs.

All the new infections were believed to have been acquired abroad, the National Health Commission said.

WINDOW ROCK, Ariz. -- The Navajo Nation has issued a stay-at-home order for the weekend after reporting 26 more confirmed COVID-19 cases.

The latest figures bring the total number of cases on the tribe’s reservation, which includes parts of Arizona, New Mexico and Utah, to 30,239.

No additional deaths were reported. The current death toll is 1,260.

The weekend stay-at-home order follows an increase of infections and the announcement this week of the first confirmed case of the COVID-19 B.1.429 variant on the Navajo Nation. The variant was first identified in the state of California and has since been detected across the southwest U.S.

NEW YORK — Drug giant Pfizer and its partner in developing the first COVID-19 vaccine that received emergency authorization in the U.S. want to allow more adolescents to receive the vaccine.

New York-based Pfizer and BioNTech SE of Germany have asked the U.S. Food and Drug Administration to expand the emergency use authorization for their vaccine to include adolescents ages 12 through 15. Back in mid-December, the two-dose shot received emergency clearance for vaccinating people ages 16 and up.

Pfizer and BioNTech said they are working closely with the FDA and regulators in other countries to get emergency or conditional authorization as quickly as possible for kids ages 12 through 15.

The companies noted in a statement that preliminary results through March 31 from late-stage testing in that age group found the vaccine safe and 100% effective in blocking infections. They said side effects were consistent with those from testing of volunteers ages 16 through 25: pain and swelling at the injection site, fatigue, headaches, fever and nausea.

All participants in the study of 12- through 15-year-old volunteers will be monitored for two years, starting after they received their second dose, to watch for any safety issues and determine how long the vaccine protects recipients.

GENEVA — European regulators are reviewing Johnson & Johnson’s COVID-19 vaccine for unusual blood clots similar to the possible risk from another vaccine, the one made by AstraZeneca.

Earlier this week, the European Medicines Agency cited a possible link between the AstraZeneca vaccine and a rare clotting disorder. The J&J vaccine is made with a similar technology, prompting questions about the possibility of similar side effects.

The European group said Friday that it is investigating four reports of unusual clots, one in a J&J study and the others during the U.S. rollout of the one-dose vaccine.

Before clearing the J&J shot for U.S. use, the Food and Drug Administration investigated the clot that occurred during testing. At the time, the FDA said it would monitor for any red flags as the vaccine was used more widely.

Earlier this week, the European regulators said there have been three additional U.S. reports of clots with “some similarities,” out of almost 5 million vaccine recipients.

The EMA on Friday reiterated that it’s not clear if the small number of J&J reports are linked to the vaccine, which is expected to roll out in Europe in a few weeks.

In a statement Friday, J&J said “no clear causal relationship has been established between these rare events” and the vaccine, but that it continued to work closely with regulators to assess the data.

Health Secretary Dr. Tracie Collins said Friday that milestones such as this show that the state’s vaccination campaign is working.

Overall, state data shows more than half of residents 16 and older have received at least a first shot. That puts the state in the lead when it comes to vaccine distribution nationwide.

New Mexico has seen a slight uptick in COVID-19 cases in recent days that has pushed the seven-day rolling average up, but health officials said vaccinations by far are outpacing the number of new confirmed cases and that has helped the state to meet nearly all of its benchmarks.

Still, officials said they have concerns about emerging variants and will be monitoring developments in neighboring states.