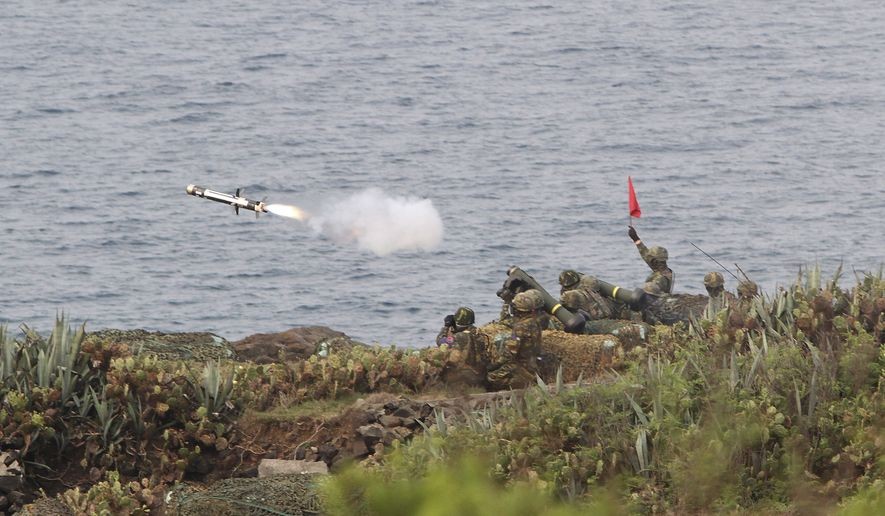 TAIPEI (Taiwan News) — A total of 400 Javelin anti-tank missiles that Taiwan ordered from the United States will arrive in one batch in 2022, reports said Saturday (April 10).

The FGM-148 is a portable “fire-and-forget” missile with automatic infrared guidance. The projectile can hit tanks from above, where they are most vulnerable.

A Ministry of National Defense budget document filed with the Legislative Yuan budgets the missiles and 42 launch systems at US$111.71 million (NT$3.17 billion), the Liberty Times reported.

The Javelins are destined for Army units around Taipei, in the south, and on the outlying islands, according to the defense document. The weapon is usually handled by a team of two soldiers, one to carry the ammunition and one to fire the device, which can also target helicopters.

The military’s existing anti-tank missile systems are aging, resulting in a loss of reliability and accuracy, the Liberty Times reported. Following questions from legislators, the Ministry of National Defense said testing of anti-tank missiles would not be limited but would rather take place at several bases in the country, from Taichung to Pingtung County and the Penghu Islands.