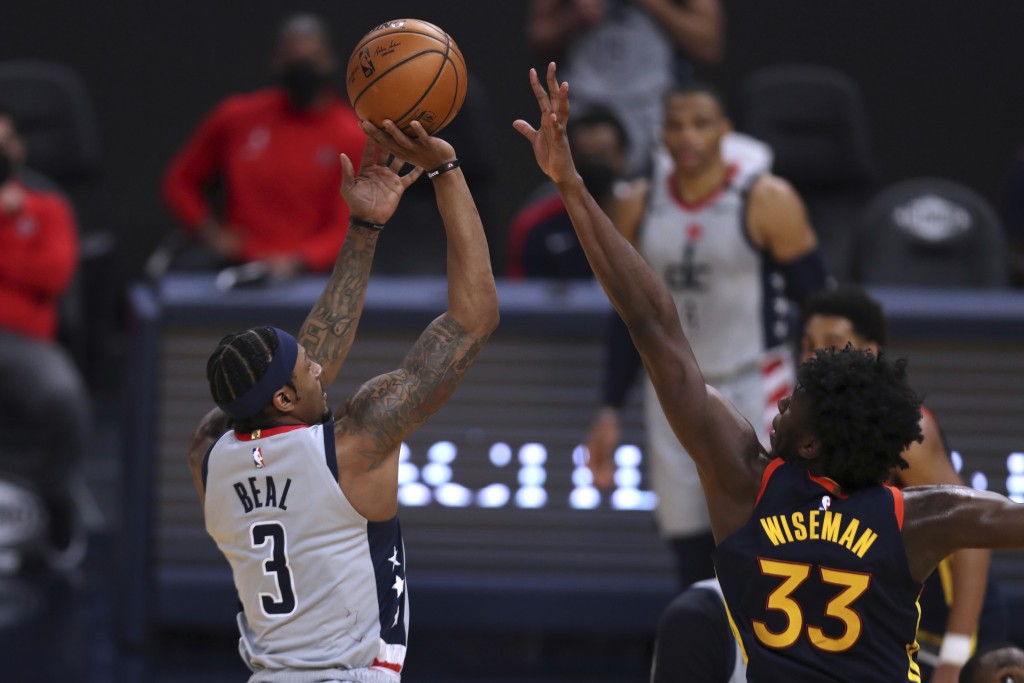 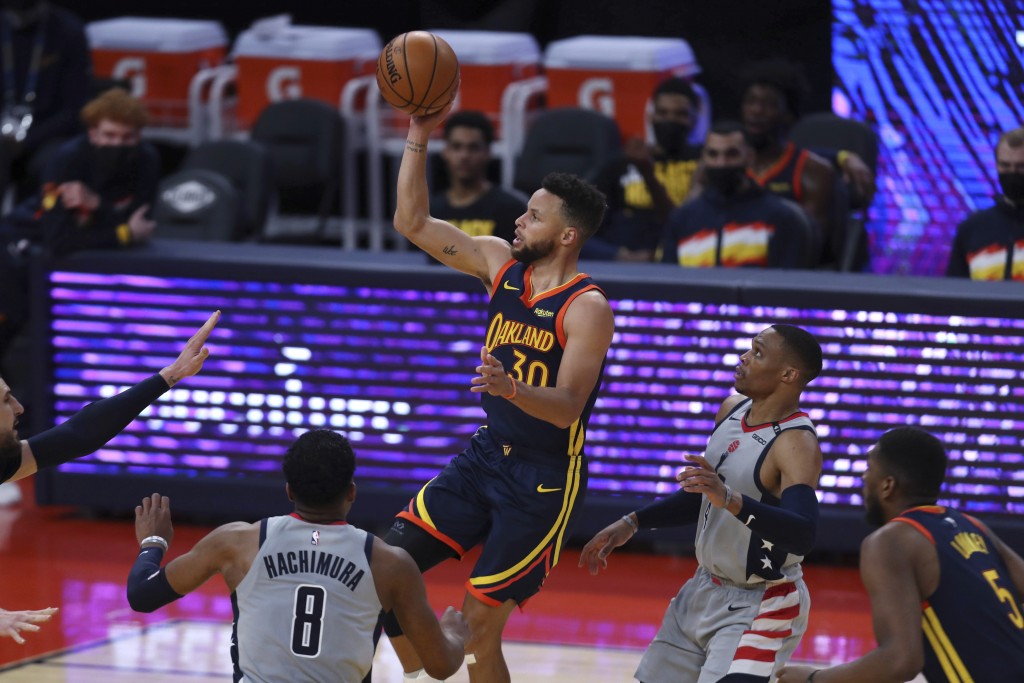 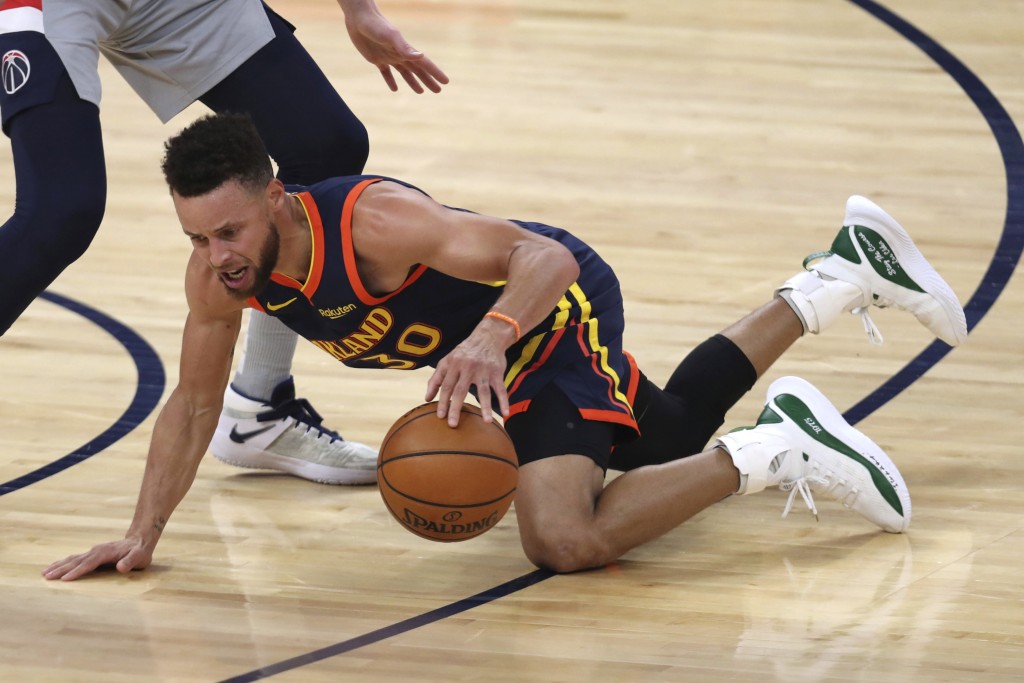 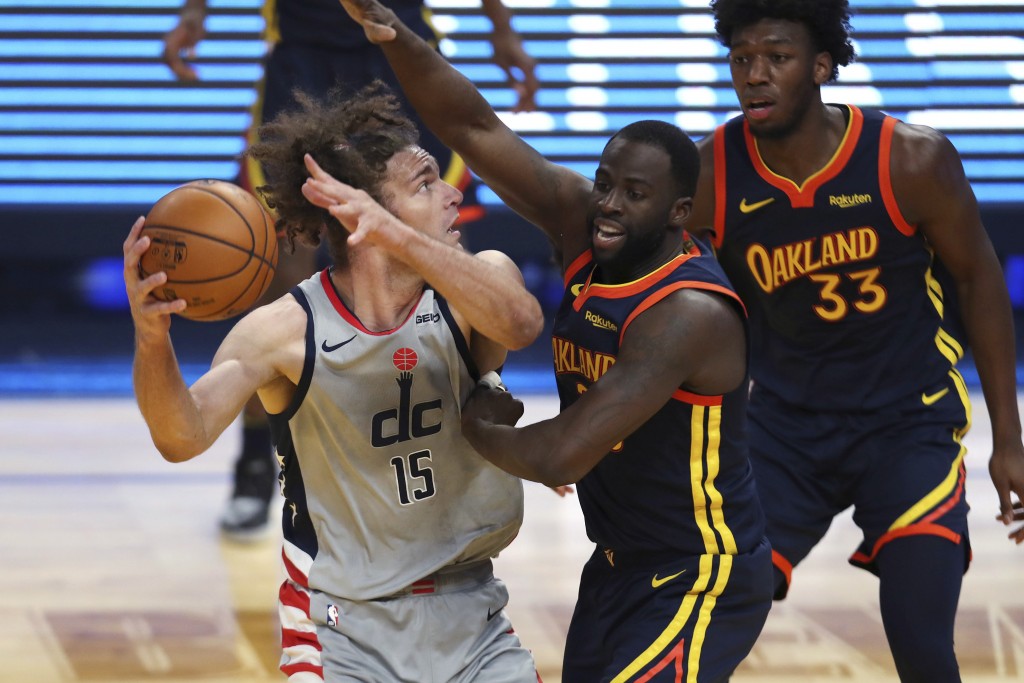 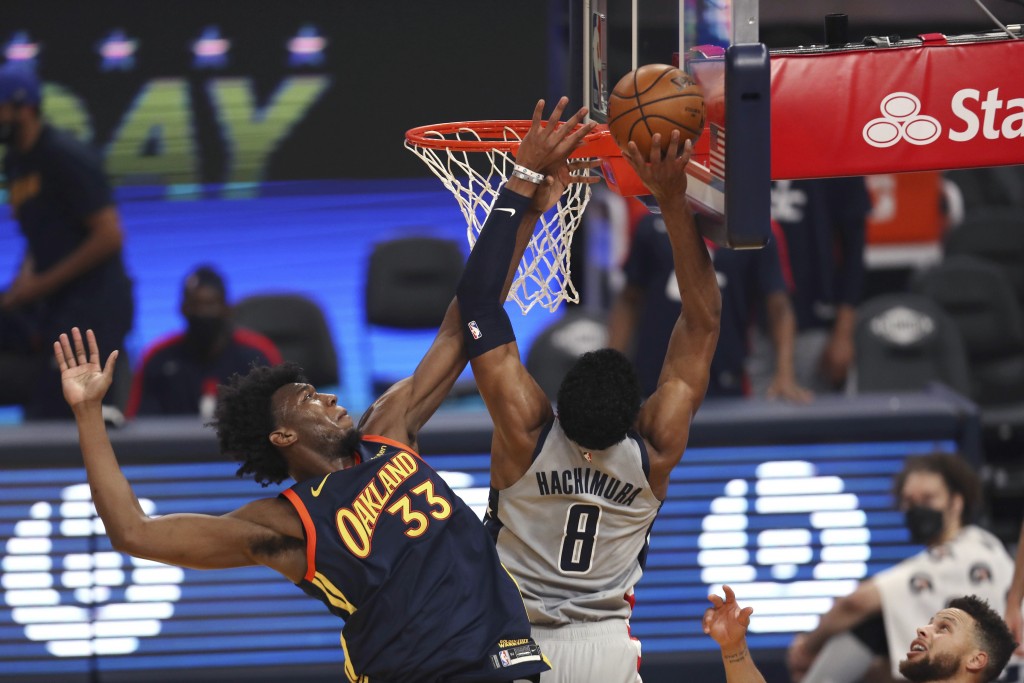 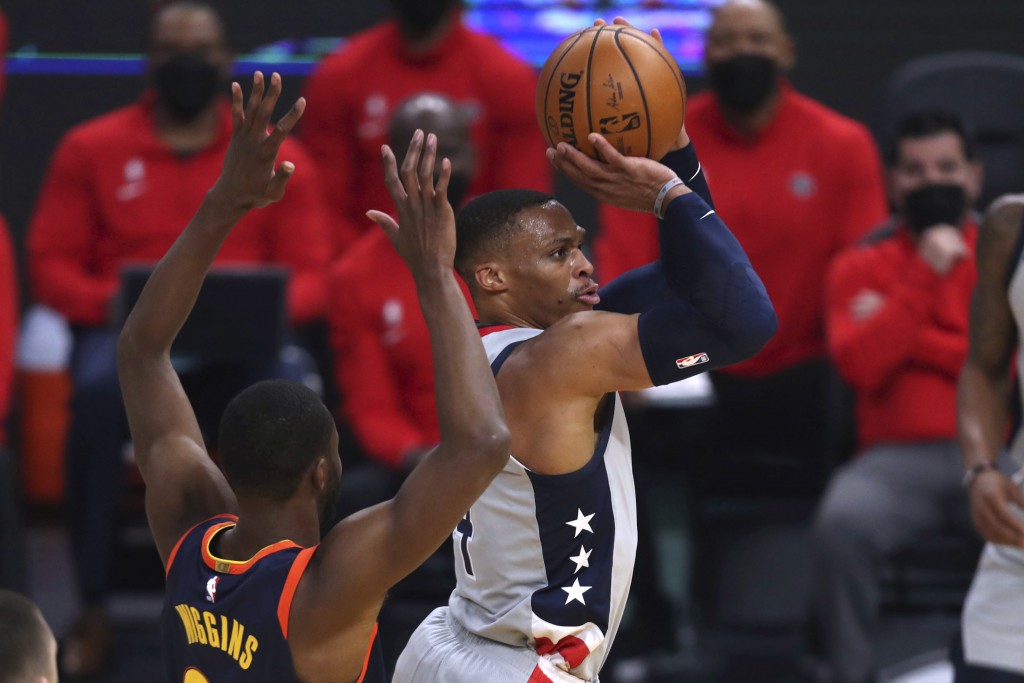 SAN FRANCISCO (AP) — Bradley Beal shook off a sluggish performance and scored six points in the final 6.1 seconds, lifting the Washington Wizards past the Golden State Warriors 110-107 on Friday night.

Russell Westbrook had 19 points, 14 assists and 14 rebounds for his league-leading 21st triple-double.

Rui Hachimura added 22 points and five rebounds for the Wizards, who had lost 12 of 16. Robin Lopez scored a season-high 20.

Beal was double-teamed nearly every time he touched the ball in the second half. He had missed nine of 15 shots and was 0 for 4 beyond the arc before making one in the left corner and getting fouled by Andrew Wiggins. That came moments after Beal's 3-point try at the top of the arc hit the front of the rim. He finished with 20 points and six assists.

Stephen Curry had 32 points, five assists and six rebounds for the Warriors, who have lost four of five. Kelly Oubre Jr. scored 23 and James Wiseman added 18.

The Warriors didn’t lead until Oubre made consecutive 3s midway through the third. Wiggins followed with a short jumper to cap the 11-0 run.

The Wizards benefited early from the Warriors' sloppiness on both ends and led the entire first half. Lopez had 16 points and Hachimura added 13.

Wizards: Westbrook’s triple-double was the 167th of his career, 14 shy of Hall of Famer Oscar Robertson’s NBA-record 181. ... Hachimura’s 13 points in the first quarter were his most in any game since putting up a career-high 30 against Charlotte on March 30. ... Davis Bertans made a 3-pointer at the buzzer to end the first.

Warriors: Wiseman picked up his fourth foul early in the third quarter, but played clean the rest of the way. ... Gary Payton II, signed to 10-day contract on Thursday, did not play.

Wizards: Visit the Suns on Saturday. Washington has won two of the last three against Phoenix, including 128-107 on Jan. 11.

Warriors: Host the Rockets on Saturday. Golden State has lost six of nine in the series, but beat Houston 108-94 in March.