TAIPEI (Taiwan News) — Executives from about 20 semiconductor manufacturing companies and automakers, including Taiwan Semiconductor Manufacturing Co. (TSMC), have been invited to join a White House summit on Monday (April 12) to discuss the worsening global chip shortage.

The shortage is causing production problems in the automotive industry, commented the White House on Friday when announcing it would hold a summit meeting with industry leaders to brainstorm solutions. The gathering will be hosted by National Security Adviser Jake Sullivan, National Economic Council Director Brian Deese, and Secretary of Commerce Gina Raimondo.

The White House said 19 major companies had agreed to send executives on Friday, including TSMC, Alphabet, AT&T, Ford, Global Foundries, Intel, Medtronic, Northrop Grumman, and Samsung. The attendees are expected to discuss semiconductor supplies as well as the American Jobs Act, it explained.

Deese said in a statement the coronavirus pandemic has exposed vulnerabilities in the economic supply chains and that it is important to make them more reliable. "This summit reflects the urgent need to strengthen critical supply chains and strategically position the U.S. economy to lead the 21st century," he said.

According to WSJ, the Biden administration is hoping to use Friday's meeting as a platform to promote its US$2.3 trillion infrastructure proposal, which is facing opposition from some businesses and Republican lawmakers since it relies on raising the corporate taxes rate. The plan will invest US$50 billion in U.S. semiconductor manufacturing and research.

On Saturday morning, TSMC confirmed to CNA that it has received an invitation to the White House summit. While the company has yet to decide which executives to send to the meeting, it said it will participate in the discussion virtually. 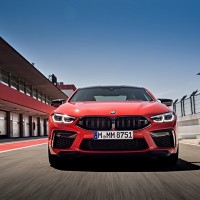