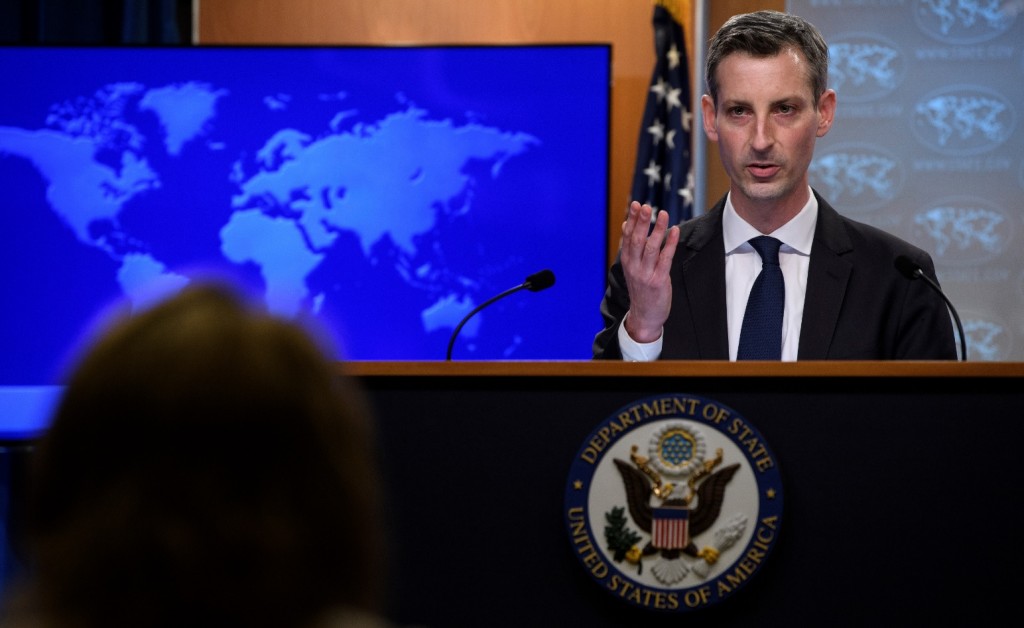 In a statement Friday, State Department Spokesman Ned Price said the Biden administration intends to "liberate guidance on contacts with Taiwan" to reflect "deepening unofficial relations" between the U.S. and Taiwan. He said the new guidelines aim to encourage engagement between governments of the two countries.

Price said the new rules were issued following a congressionally mandated review and that they would “provide clarity throughout the executive branch on how to implement the U.S. 'one China' policy." He added the changed policy is "a step forward from earlier versions" to remove unnecessary restrictions.

Another State Department official, who spoke on condition of anonymity, said the new guidelines meant working-level meetings with Taiwanese officials can now take place in federal buildings and at Taiwan's representative office. He pointed out that such meetings were prohibited under previous guidance.

Meanwhile, Financial Times reported that U.S. officials will be able to attend events at the Taiwan-owned Twin Oaks Estate in Washington under the new rules. However, they are prohibited from participating in celebrations of major Taiwanese holidays, such as Taiwan's national day, which could complicate the U.S. "one China" policy.

Another restriction is that Taiwan's flag cannot be displayed during meetings between the U.S. officials and their Taiwanese counterparts, according to the report.

Taiwan's representative to the U.S. Hsiao Bi-khim (蕭美琴) said in a tweet the Taiwan government "welcomes the encouragement" by Washington. She said the country is looking forward to "using new opportunities to work together to deepen the relationship."

We welcome the encouragement. Look forward to using new opportunities to work together to deepen the relationship. https://t.co/RqVMCDNlPF

While the new guidelines underscore the Biden administration's tough stance on China, they appear to reimpose some restrictions that were lifted by the Trump administration.

During the last days of former U.S. President Donald Trump's presidency in January, former Secretary of State Mike Pompeo lifted virtually all restrictions on contacts with Taiwan, including allowing Taiwanese military personnel to wear uniforms and display the Taiwan flag at meetings with the U.S. authorities. Friday's changes were silent on those matters.

The revised guidelines come at a time of increased Chinese military presence around Taiwan. After Beijing accused the U.S. of being the reason for its tensions with Taiwan on Thursday, the White House described the communist regime's recent actions as "potentially destabilizing" and said it was keeping a close watch on Chinese military activities in the Taiwan Strait.