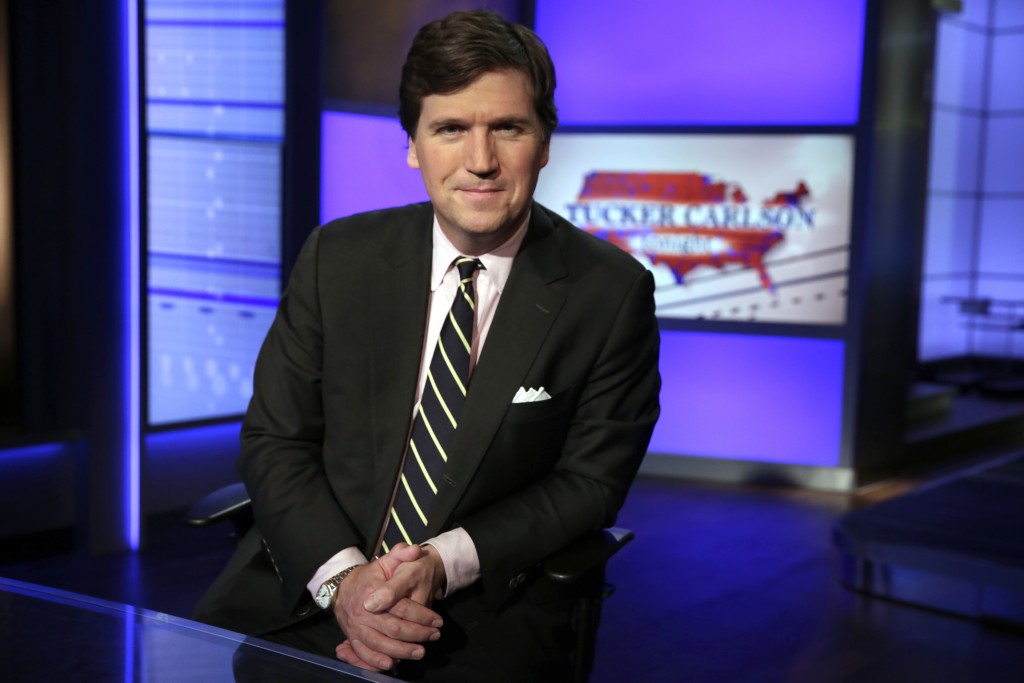 The Anti-Defamation League has called for Fox News to fire prime-time opinion host Tucker Carlson because he defended a white-supremacist theory that says whites are being “replaced” by people of color.

In a letter to Fox News CEO Suzanne Scott on Friday, the head of the ADL, Jonathan Greenblatt, said Carlson's “rhetoric was not just a dog whistle to racists — it was a bullhorn.”

The civil rights group listed numerous instances Carlson has used anti-immigrant language. Those include saying immigration makes the U.S. “poorer and dirtier" and questioning whether white supremacy is real. Greenblatt said that “given his long record of race-baiting, we believe it is time for Carlson to go.”

The white-nationalist “great replacement theory,” otherwise known as “white genocide,” says people of color are replacing white people through immigration in the Western world, according to the Southern Poverty Law Center. Some white supremacists also say that Jews and progressive politicians are furthering this change, the civil rights group says.

The “theory” is a “classic white supremacist trope," the letter said, noting that it has been linked to mass shootings in the U.S. and New Zealand and was referenced during a deadly far-right protest in Charlottesville, Virginia, in 2017.

It’s the first time the ADL has asked for Fox to fire Carlson, said the group’s spokesman Todd Gutnick, but it has contacted the network before about things Carlson has said.

He said Thursday during a guest appearance on “Fox News Primetime” that “the left and all the little gatekeepers on Twitter become literally hysterical if you use the term ‘replacement,’ if you suggest that the Democratic Party is trying to replace the current electorate of voters now casting ballots with new people, more obedient voters from the Third World.”

Carlson said he was concerned about his “voting rights," and that he had “less political power because they are importing a brand new electorate," but said it's not a racial issue.

Fox News did not immediately reply to a request for comment.