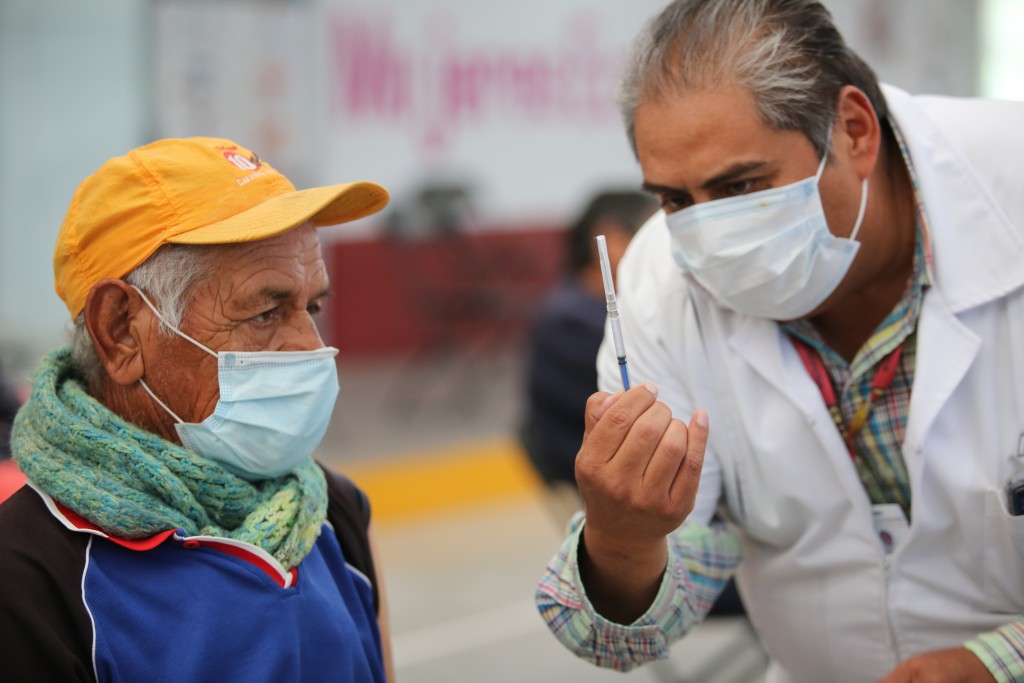 MEXICO CITY (AP) — Many private-practice doctors, dentists and health care workers in Mexico are protesting that they have been left out of a government-run coronavirus vaccine program despite the fact they are exposed to possible infection.

The private health care workers have staged protests this week, blocking Mexico City streets, but President Andrés Manuel López Obrador defended the vaccination program on Friday, saying it had to focus on people over 60 to prevent deaths.

As he often has done in the past, López Obrador attributed the protests to a “very perverse” campaign by private media outlets against him.

“Let them wait ... until we all get it,” López Obrador said, referring to the age-based vaccination scheme that is currently focusing on people over 60. That means private-practice doctors would have to wait for their age group to get shots. The president said shots for people between 50 and 60 should start this month.

The president also said the next stage will be to vaccinate the country's 3 million teachers, regardless of whether they teach at public or private schools.

López Obrador, a proponent of big government, has consistently sidelined Mexico’s large private health care system from any role in the vaccine program. Mexico has a number of underfunded government health care schemes, but most Mexicans who can afford it turn to the extensive private care network.

Frontline personnel at government medical facilities and some larger private hospitals got vaccinated starting months ago. But doctors say there is a risk of infection during procedures and consultations at private clinics and dental sessions, as well.

Mexico has obtained more vaccines than many Latin American nations, with about 16 million doses arriving so far and about 10.6 million administered, behind only Brazil and Chile.

In large part, the vaccination campaign reflects previous trends in López Obrador’s administration — including his irritation in the face of criticism.

The president entrusted most of the vaccination logistics to the armed forces, something he has done with most of his major projects since he took office in late 2018.

The president has sidelined the private sector in favor of having the government handle the entire vaccination effort so far, even when private hospitals or drugstore chains might be better equipped and located to handle some of the vaccinations.