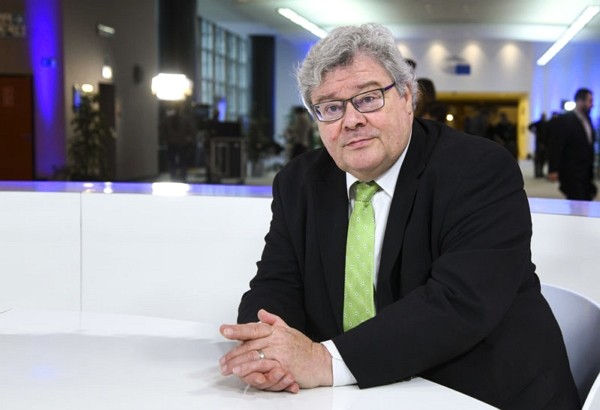 TAIPEI (Taiwan News) — China's aggressive diplomatic approach may have backfired and helped Taiwan gain international support, according to Western politicians who attended a seminar hosted by the Brookings Institution on Thursday (April 8).

Butikofer, who is from Germany, said Taiwan was not a frequent topic among European politicians until recently. He said Beijing's "wolf-warrior" diplomacy has had the effect of bringing Taiwan to the attention of the European governments.

Though he did not encourage Taiwan to declare independence now, Butikofer said it was important for Europe to prevent China from occupying the country. He added that European leaders must remove restrictions on meetings with Taiwanese officials to achieve this goal.

Lexmann from Slovakia also urged Europe to take concrete action in regard to Taiwan's situation. She pointed out that European leaders have expressed concern for Hong Kong but have failed to prevent the special administrative region from losing its autonomy.

Lexmann emphasized that Europe must not wait until something similar happens to Taiwan. She said a clear warning should be given to Beijing about the consequences of any invasion of Taiwan.

Sakaliene from Lithuania said many Western countries have recently taken a stronger stance against Beijing. She said members of the global community must ensure that Taiwan avoids the same fate as Hong Kong.

Meanwhile, Laura Rosenberger stressed the importance of cooperation between Europe and nations in the Indo-Pacific. She said the global community should continue to advocate for Taiwan's participation in international organizations and promote exchanges with other countries.

"There are many things that the world and Taiwan can learn from each other," she said.