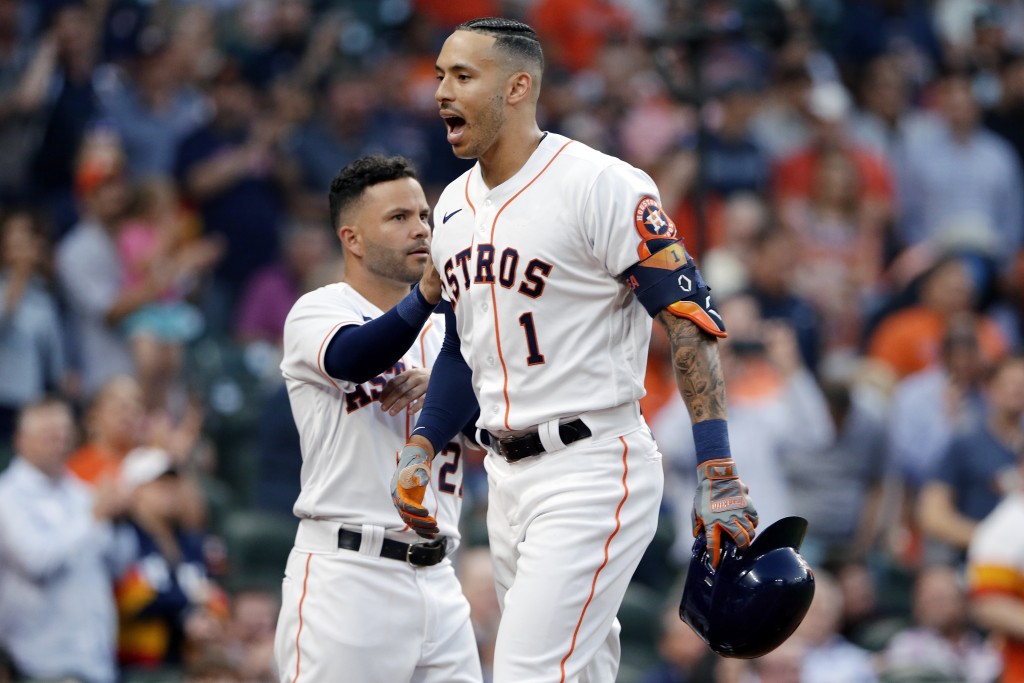 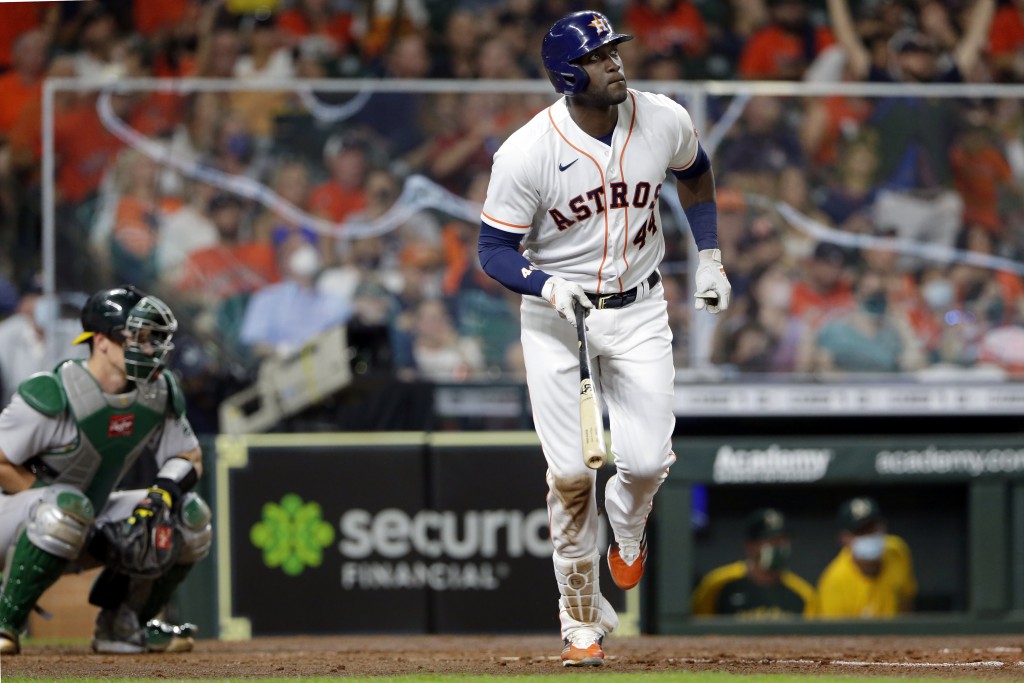 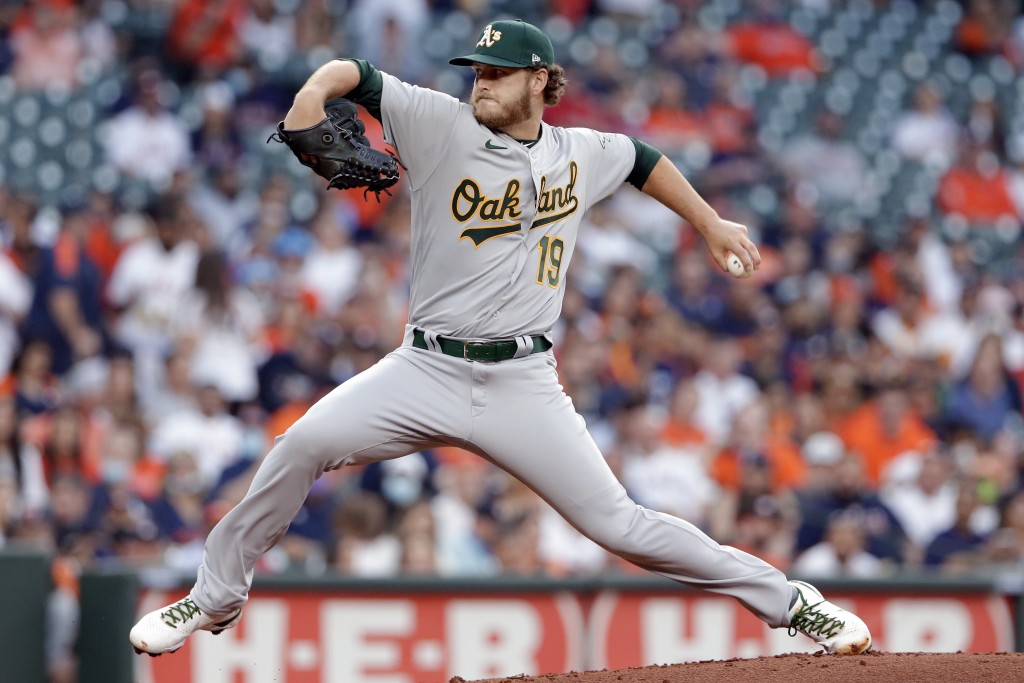 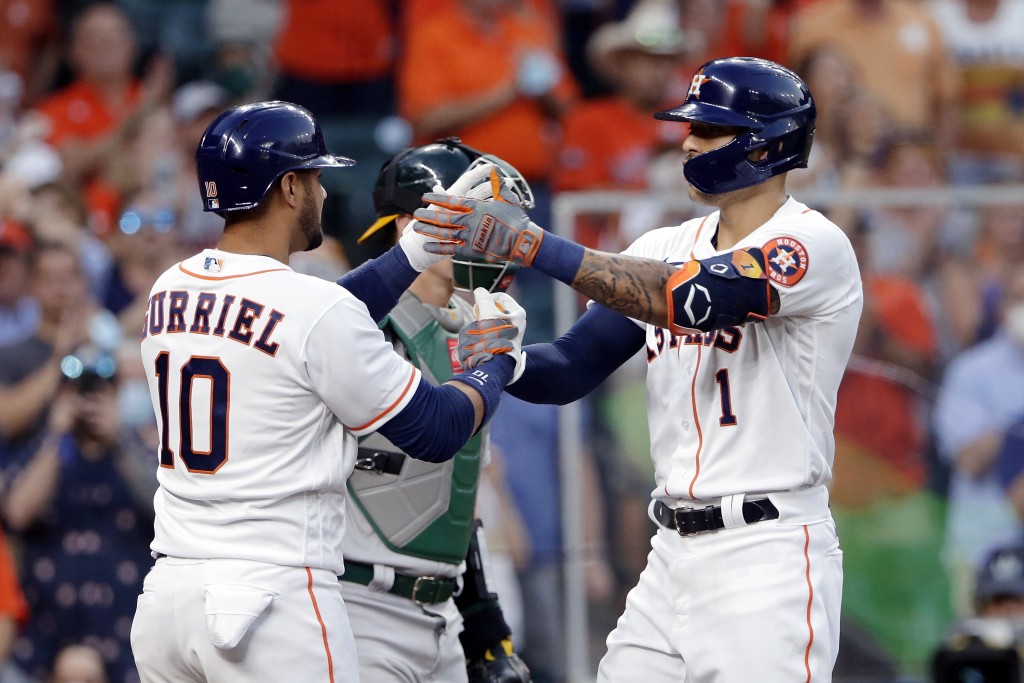 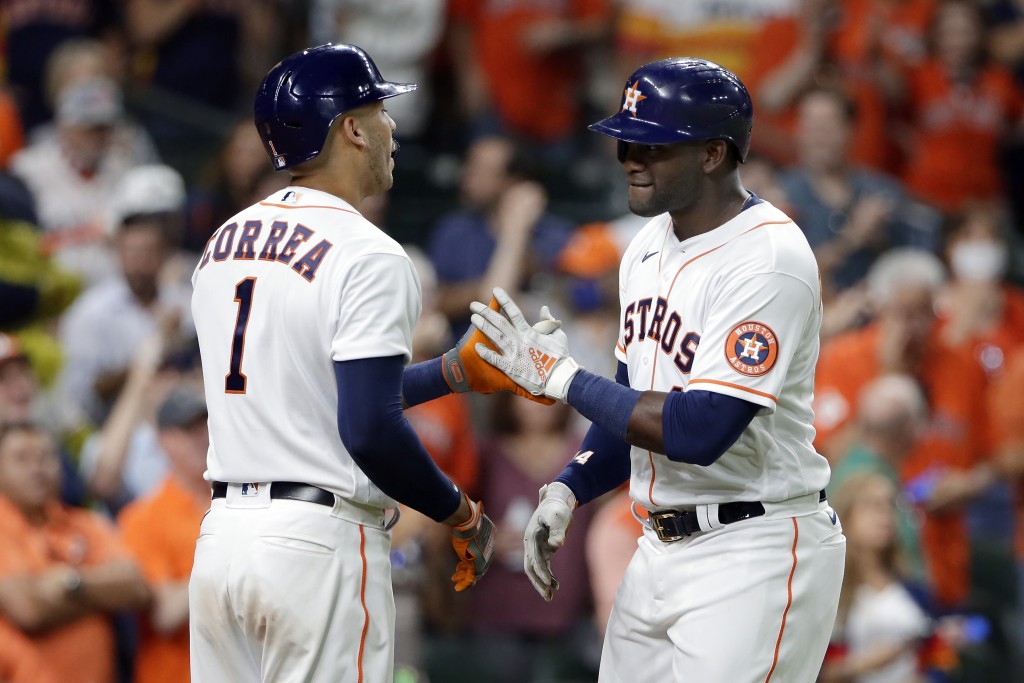 HOUSTON (AP) — Carlos Correa, Yordan Alvarez and Jose Altuve homered as the Houston Astros kept up their hot start by treating the home crowd to a 6-2 win over the Oakland Athletics on Thursday night in the first game with fans at Minute Maid Park since 2019.

Houston is 6-1 this season, tied for the best seven-game start in franchise history. Five of the team’s wins have come against the Athletics after a sweep in Oakland to start the season. The Astros have outscored Oakland 41-11 this season.

They received a warm welcome from a boisterous crowd of 21,765 in the first game in Houston with fans since Game 7 of the 2019 World Series, which they lost to the Washington Nationals. Capacity was limited to 50% because of coronavirus restrictions.

It was a welcome respite from the reception they received on a six-game trip to start the season. The road crowds inundated the team with incessant boos and chants of "cheaters" in the first chance to berate the Astros since their sign-stealing scheme was revealed in January 2020.

The Athletics fell to 1-7 a day after getting their first win in 10 innings against the Dodgers. Cole Irvin (0-2) yielded four runs and five hits in 5 1/3 innings for the loss.

The Astros have shown impressive power to start the season. They've homered in each game and lead the American League with 15.

Correa got things going for the Astros with his solo shot, which barely cleared the short wall in right field, to make it 1-0 with no outs in the second inning.

Alvarez doubled with one out in the fourth before Correa came through again, sending a grounder down the left field line for a double to make it 2-0.

Alvarez’s homer came with one out in the sixth to extend the lead to 3-0. He sent the off-speed pitch from Irvin into the second deck in right field for his second home run this season in his return after missing all but two games last season following surgery on both knees. A two-run single by Myles Straw later in the inning left Houston up 5-0.

Altuve homered off the wall in left-center to pad the lead in the seventh.

Oakland got an RBI double by Stephen Piscotty and a run-scoring single by Jed Lowrie in the ninth.

Athletics: Placed LHP A.J. Puk on the 10-day injured list, retroactive to Wednesday, with a strained left biceps and selected the contract of RHP Deolis Guerra from their alternate site. To make room for Guerra on the 40-man roster, they transferred RHP Trevor Rosenthal to the 60-day IL. Rosenthal, diagnosed with severe neurovascular compression, had surgery on Thursday in Dallas which involved the removal of a first rib, a pec minor release and a scalene release.