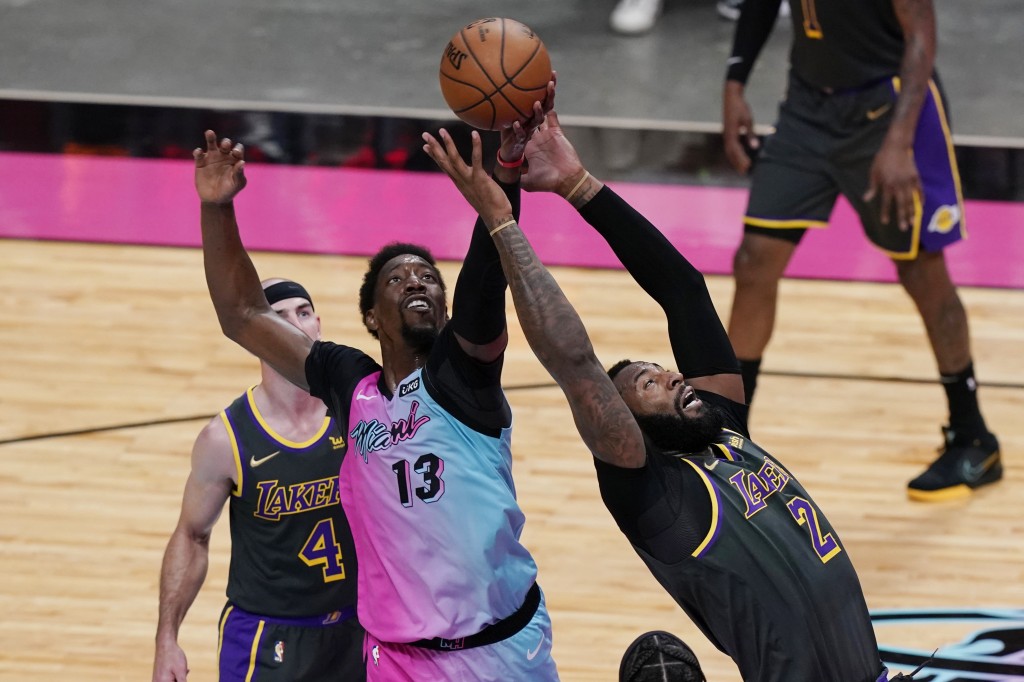 Victor Oladipo had 18 points, and Tyler Herro finished with 15 points for the Heat. They bounced back from a 12-point home loss to Memphis on Tuesday night.

Miami went on a 9-2 run late in the fourth period and took a 104-94 lead with 2:14 remaining on Butler’s two technical free throws following Markieff Morris’ ejection for arguing with the officials.

The Lakers cut it to 106-100 on Kentavious Caldwell-Pope’s 3-pointer with 29 seconds remaining. Butler’s four throws on Miami’s next two possessions secured the win.

Recently acquired Andre Drummond returned from a four-game absence and had 15 points and 12 rebounds for the Lakers. Drummond hurt his right big toe in his Los Angeles debut March 31.

LaVine also had 15 assists, and Lauri Markkanen came off the bench to score 18 points on 8-of-10 shooting.

Chris Boucher scored a career-high 38 points and had 19 rebounds for the Raptors. They have lost 15 of 18.

Taurean Prince scored 22 points, Darius Garland added 21 and Kevin Love had 18 points and 11 rebounds for Cleveland. The Cavaliers broke open a tight game with an 11-0 run to begin the second half.

Ty Jerome led the Thunder with a career-high 23 points. They have lost five straight and eight of their last nine.