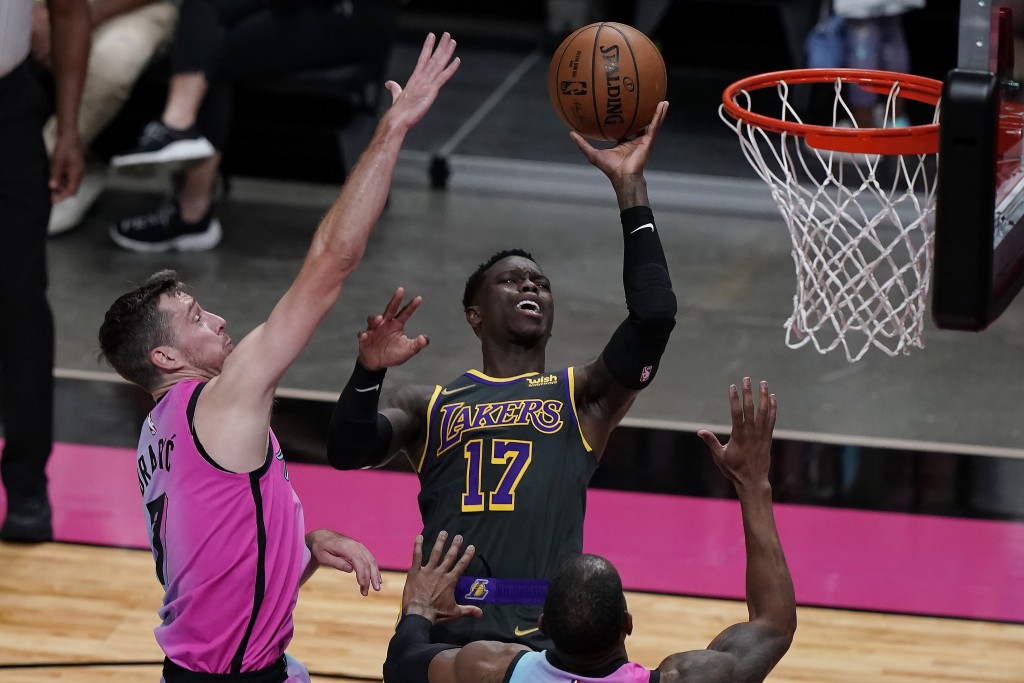 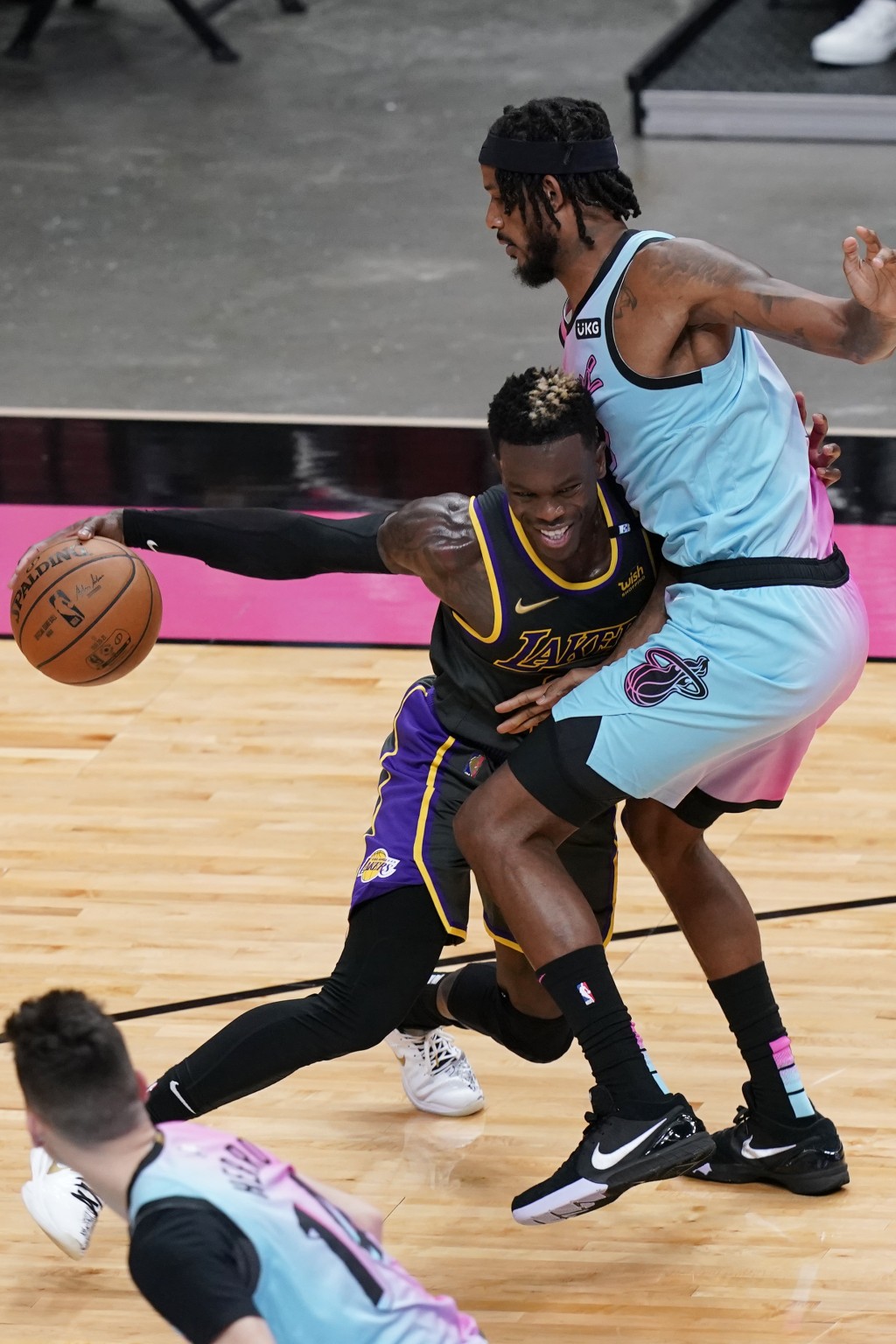 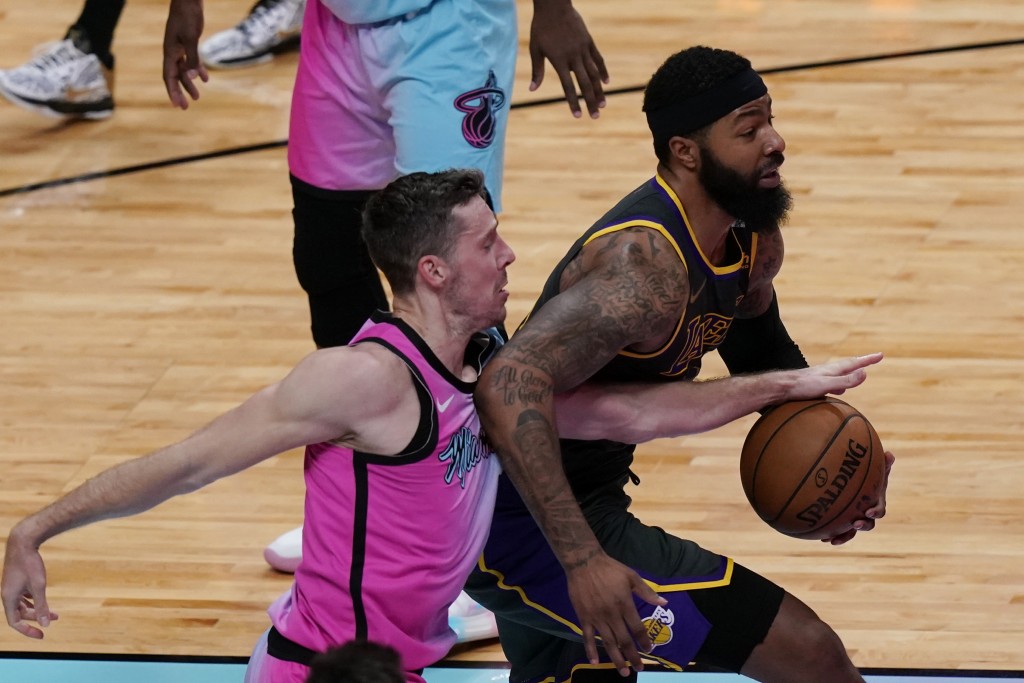 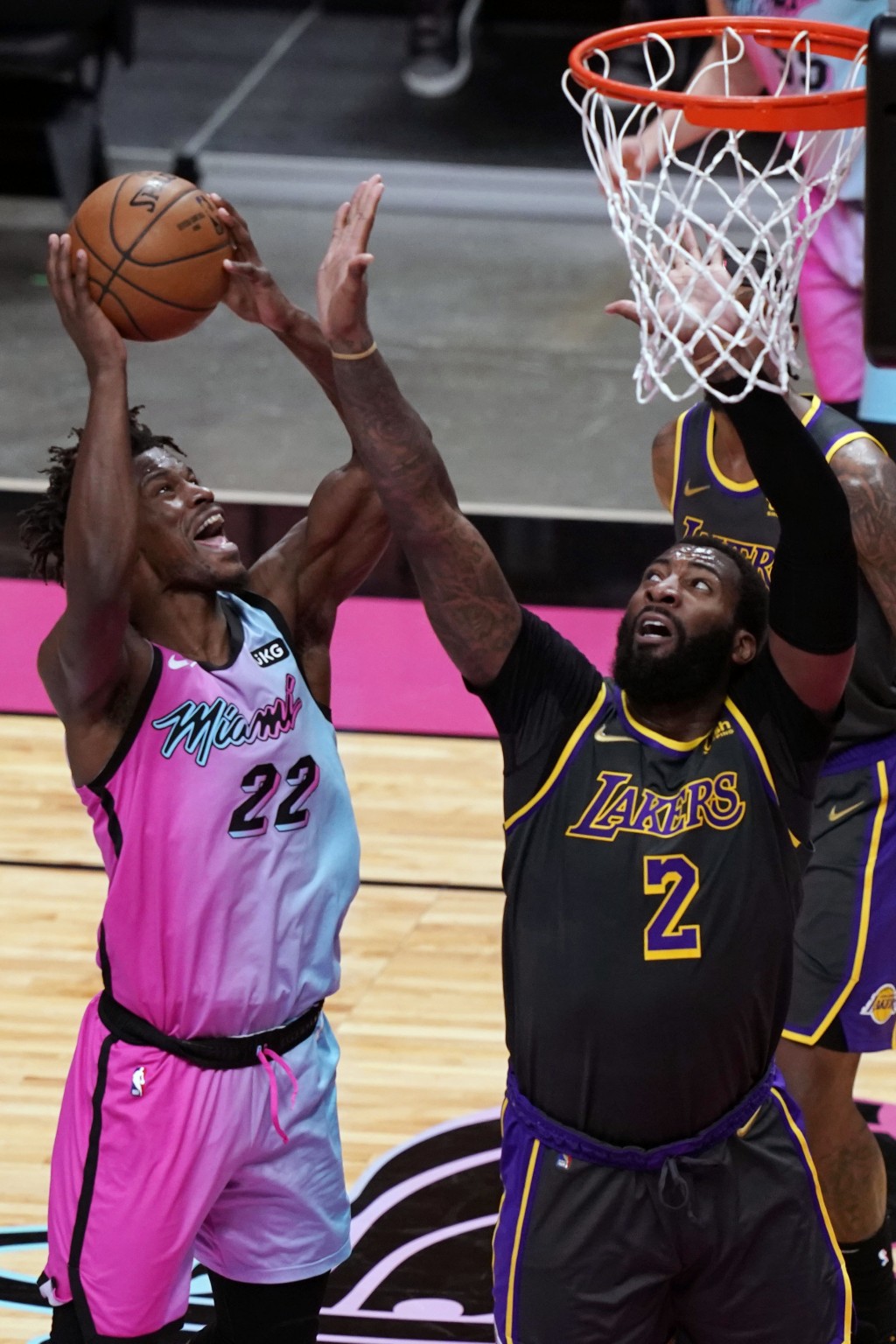 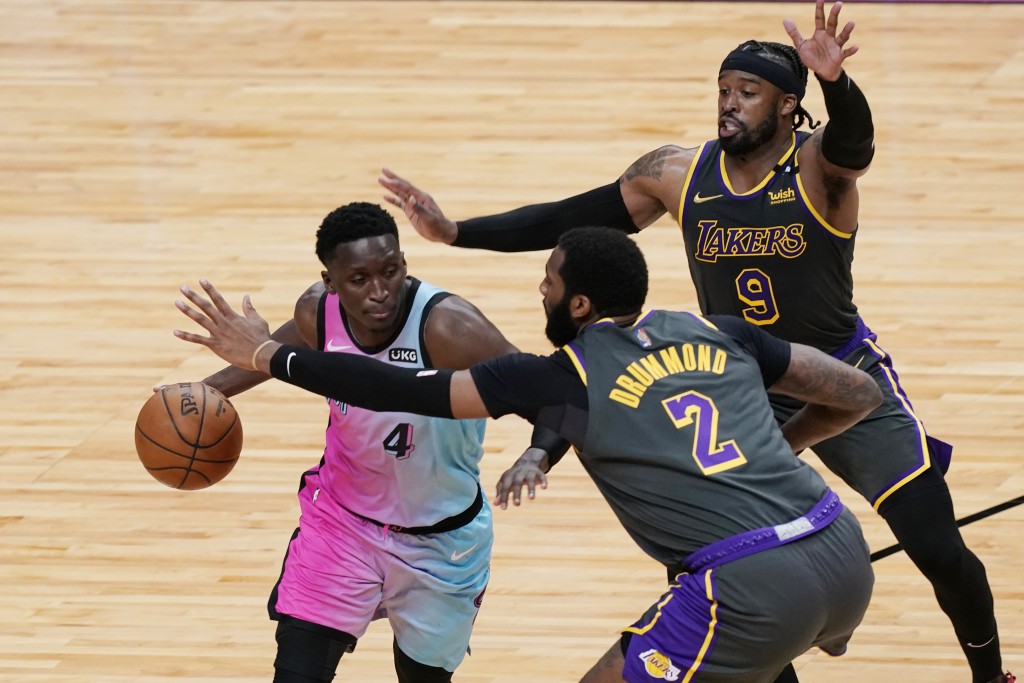 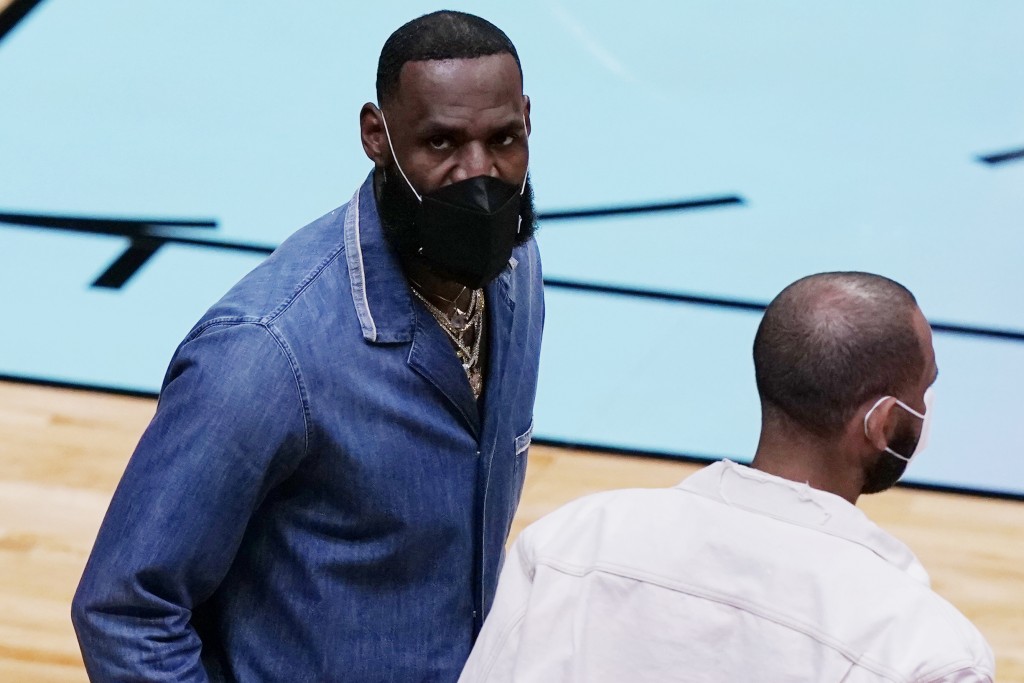 Victor Oladipo had 18 points and Tyler Herro finished with 15 points for the Heat, who bounced back from Tuesday’s 12-point home loss against Memphis.

Miami went on a 9-2 run late in the fourth period and took a 104-94 lead with 2:14 remaining on Butler’s two technical free throws following Markieff Morris’ ejection for arguing with the officials.

The Lakers cut it to 106-100 on Kentavious Caldwell-Pope’s 3-pointer with 29 seconds remaining. Butler’s four throws on Miami’s next two possessions secured the win.

Recently acquired Andre Drummond returned from a four-game absence and had 15 points and 12 rebounds for the Lakers. Drummond hurt his right big toe in his Los Angeles debut March 31.

The Lakers continued without injured LeBron James and Anthony Davis. James missed his 10th consecutive game because of a sprained ankle and Davis has sat out the last 24 contests with a calf strain. Forward Kyle Kuzma also was sidelined Thursday with a calf strain.

Lakers: Guard Talen Horton-Tucker served his one-game suspension, handed down by the NBA earlier Thursday for his role in an altercation against Toronto in Tampa, Florida, on Tuesday. ... The Lakers managed to get three nights in Miami on this trip. They arrived late Tuesday night and stayed Wednesday and Thursday. They were scheduled to fly to Newark, New Jersey, on Friday afternoon for games against Brooklyn and New York.

Heat: Miami began shooting penalty free throws just 4:31 into the first period. By the time the Lakers attempted their first free throw with 54 seconds remaining in the quarter, Miami had converted 15 of 16 from the line.

Miami completed the signing of center Dewayne Dedmon, whose most recent NBA appearance was in March 2020 with Atlanta. Dedmon had been undergoing COVID-19 testing and is now eligible to play. He’s signed for the rest of the season, and Miami still has some cap room left for another signing before the playoffs.

Lakers: At Brooklyn on Saturday.

Heat: At Portland on Sunday.