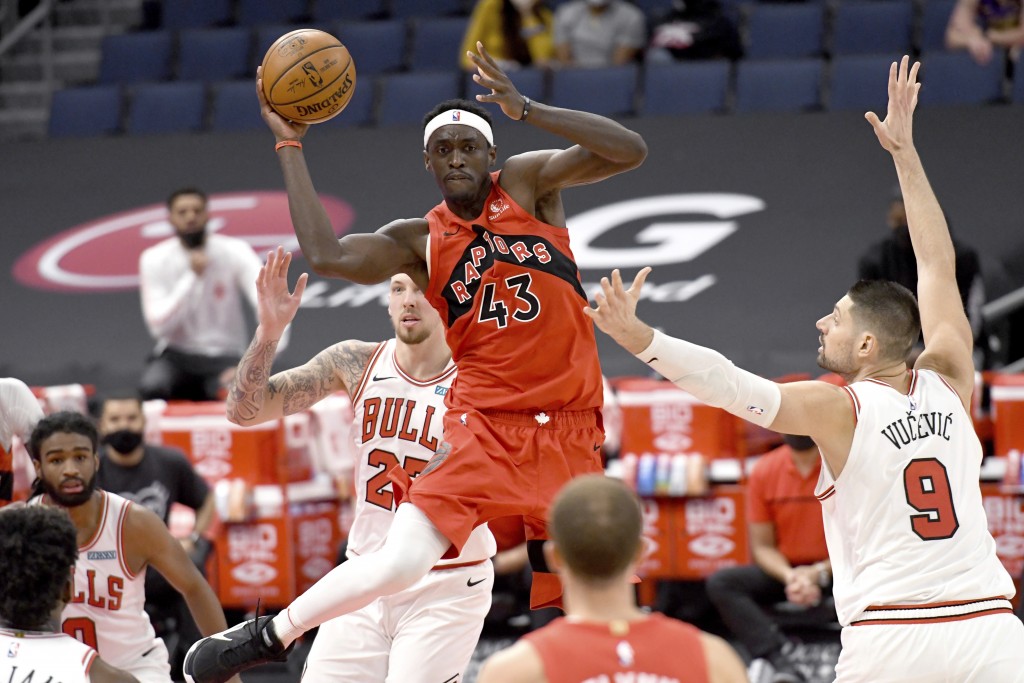 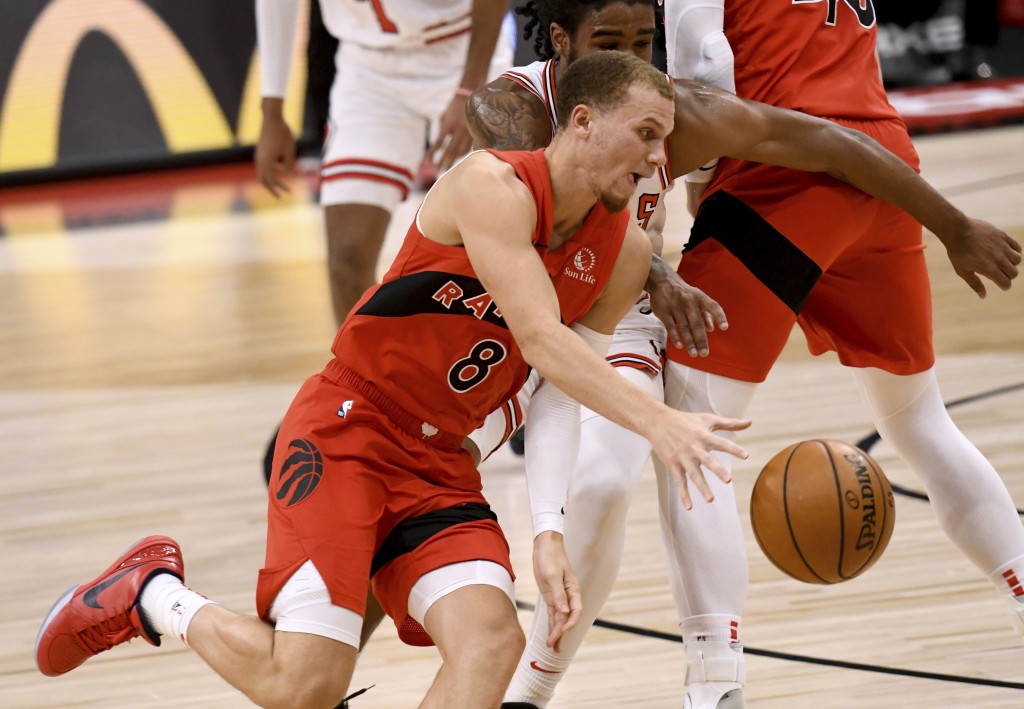 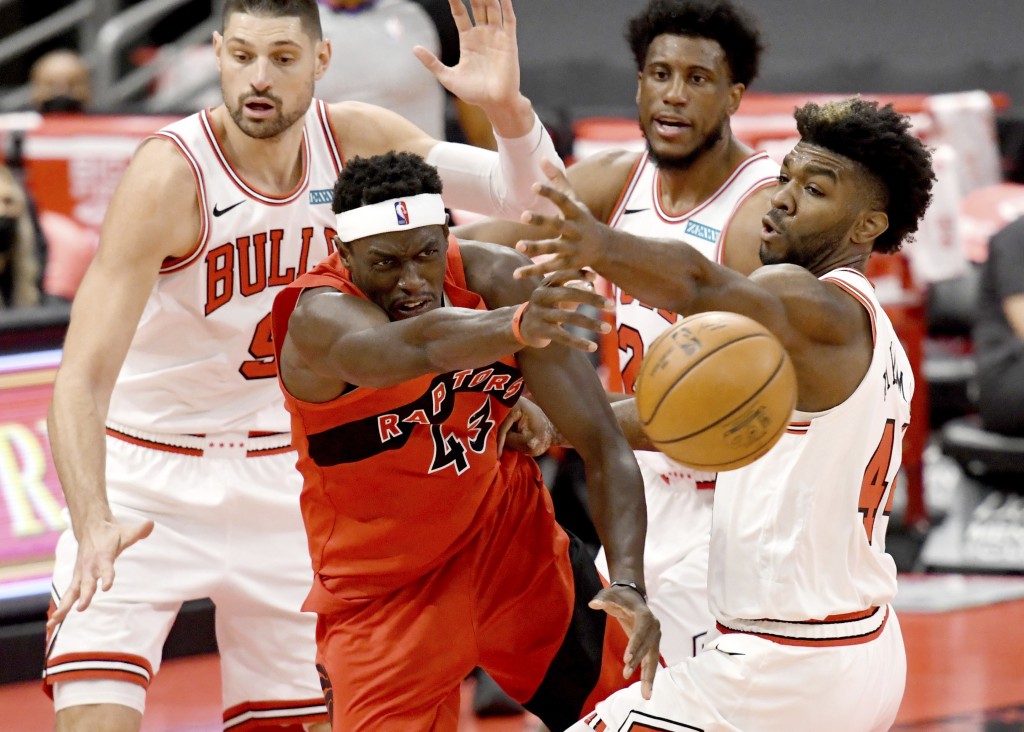 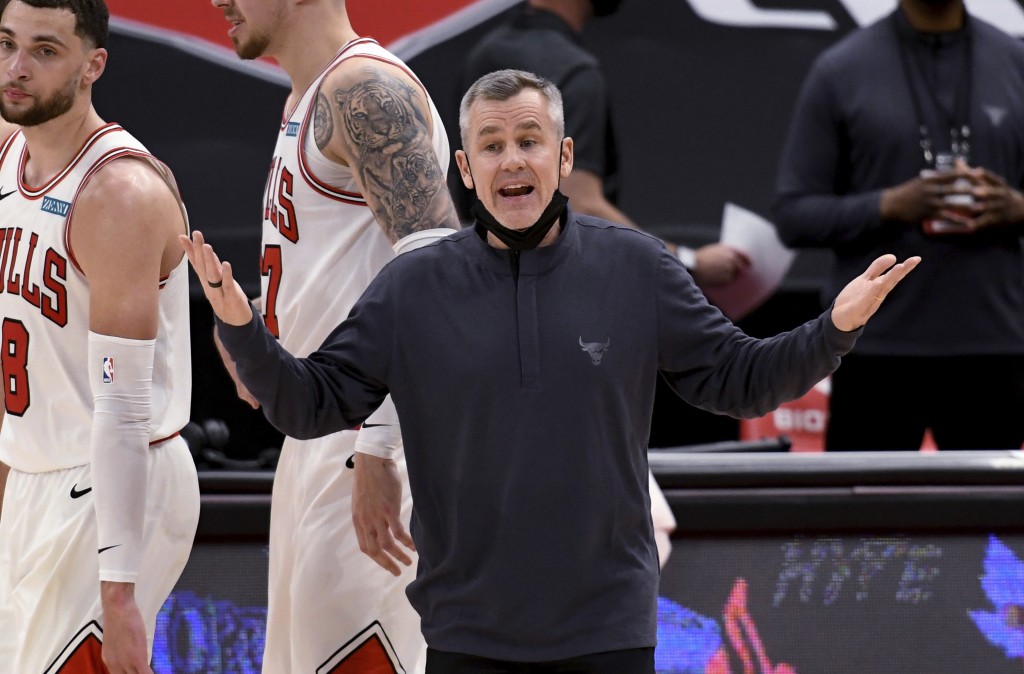 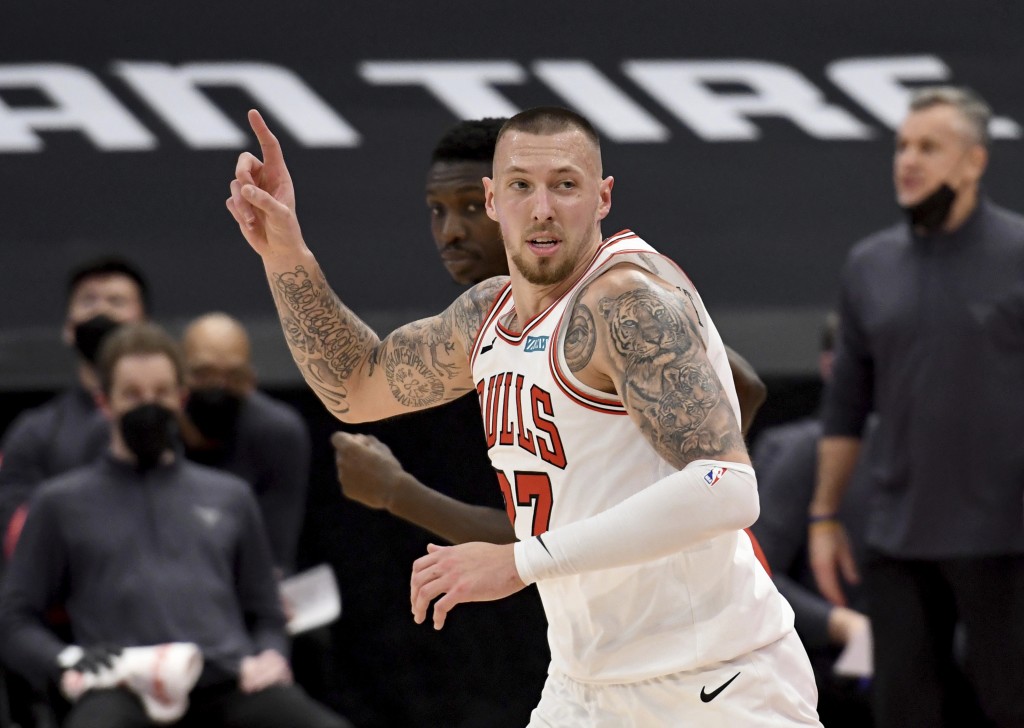 LaVine also had 15 assists, and Lauri Markkanen came off the bench to score 18 points on 8-of-10 shooting.

Chris Boucher scored a career-high 38 points and had 19 rebounds for the Raptors. They have lost 15 of 18.

LaVine and Vucevic combined for 15 points on an early 19-3 run that gave the Bulls their first 10-point lead.

Chicago ran off 13 straight points while the Raptors missed 10 straight shots, and a 3-pointer by Coby White made it 51-31 with 6:04 left in the first half.

Two 3-pointers and a three-point play by Boucher helped Toronto cut the margin to seven late in he fourth quarter, but LaVine closed it out with a layup and a 3-pointer with 45 seconds left.

Rookie Malachi Flynn got his first NBA start for the Raptors, who had only eight players available for the game. They signed Freddie Gillespie to a 10-day contract early Thursday, but the 6-foot-9 former G-League player had not cleared the NBA's entry protocol in time to play.

Bulls: The Bulls have not won four straight since a seven-game winning streak in December 2017. . . . F Garrett Temple (hamstring) participated in Thursday's shootaround but is not ready to sprint, according to coach Billy Donovan.

Raptors: F DeAndre Bembry sat out a one-game suspension for his part in an altercation during the first quarter of Tuesday night's game against the Lakers. G Fred VanVleet was also given a one-game suspension that will be served when he is eligible to return from the injured list. He missed his third game with left hip flexor. . . G Kyle Lowry missed a fifth game with right foot infection.

Bulls: At Atlanta on Friday night.

Raptors: At Cleveland on Saturday night.