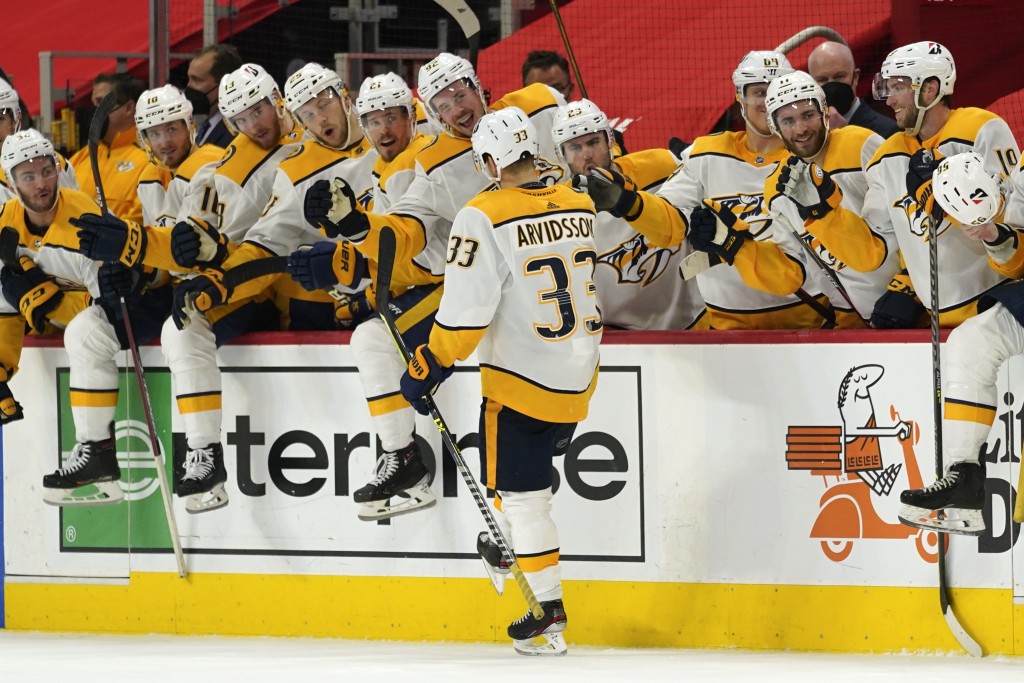 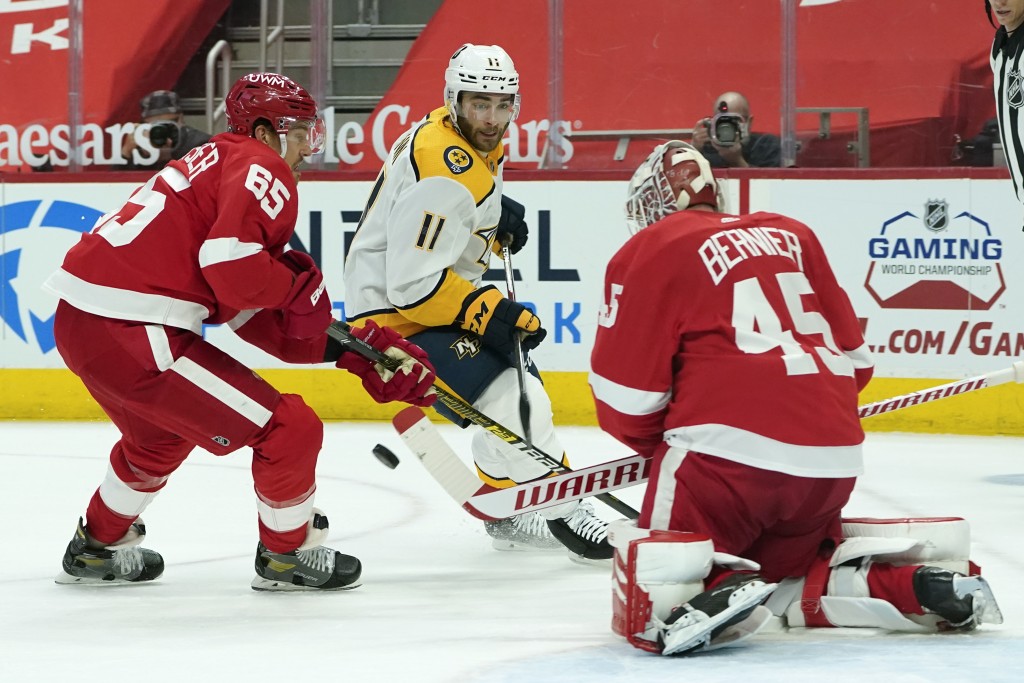 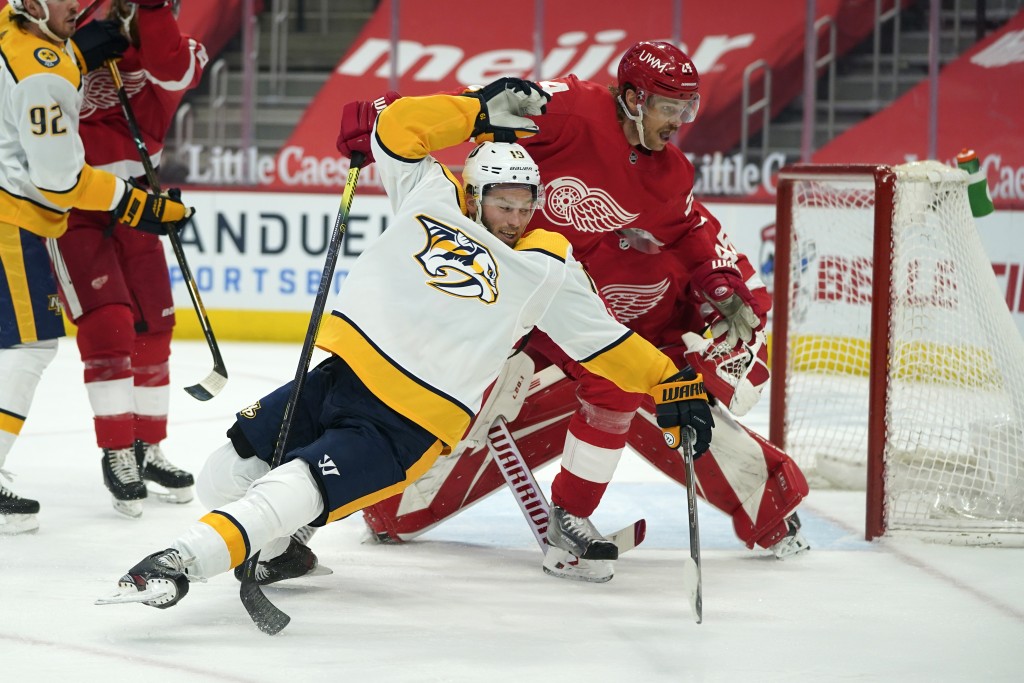 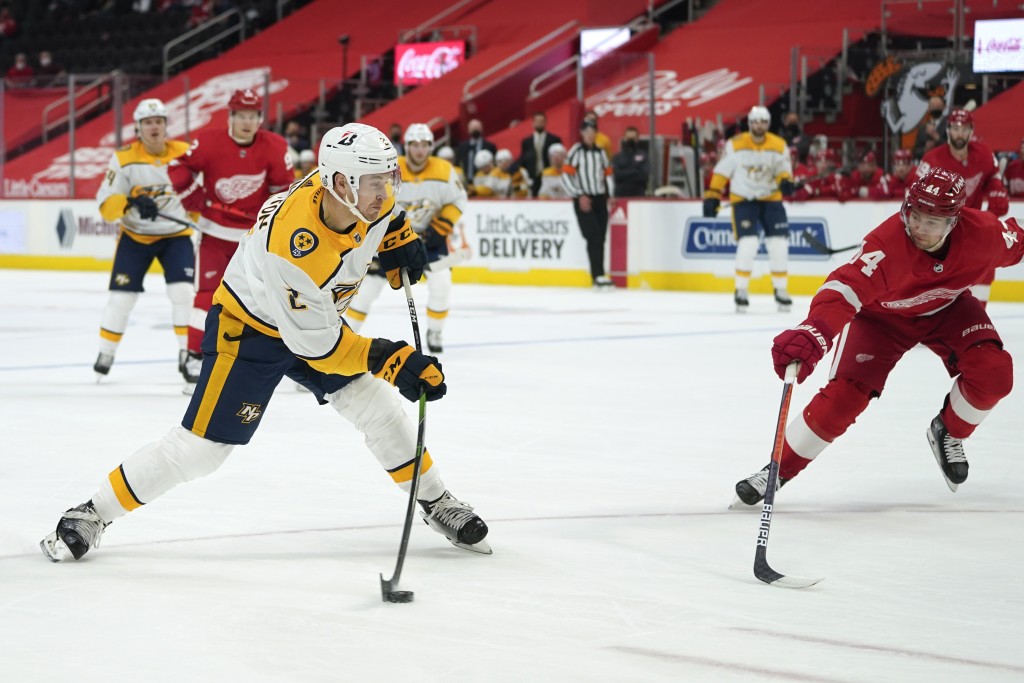 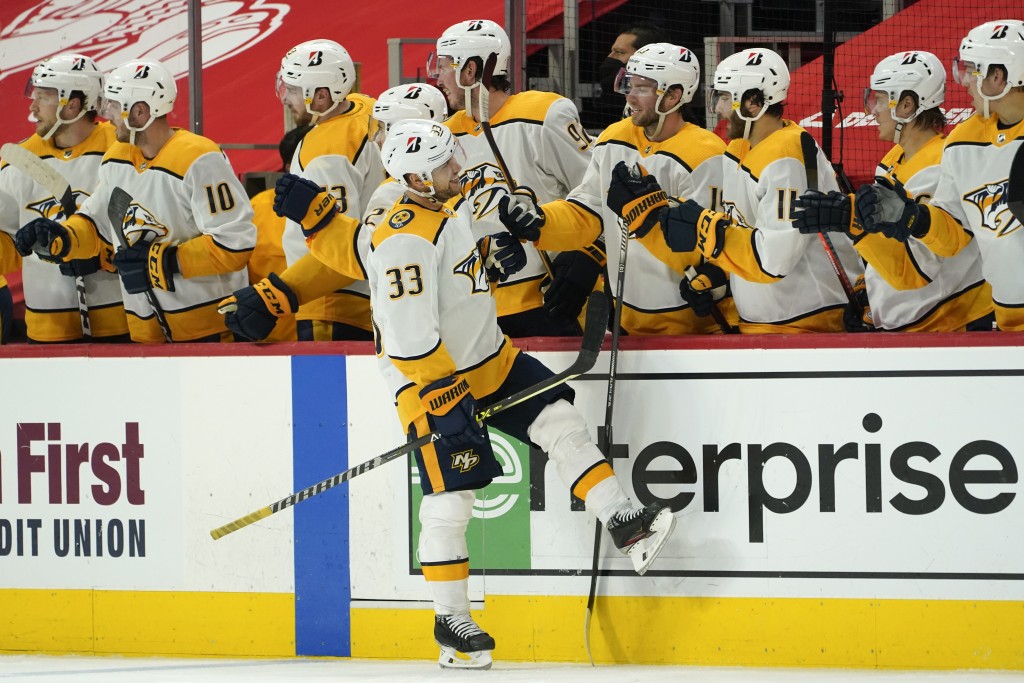 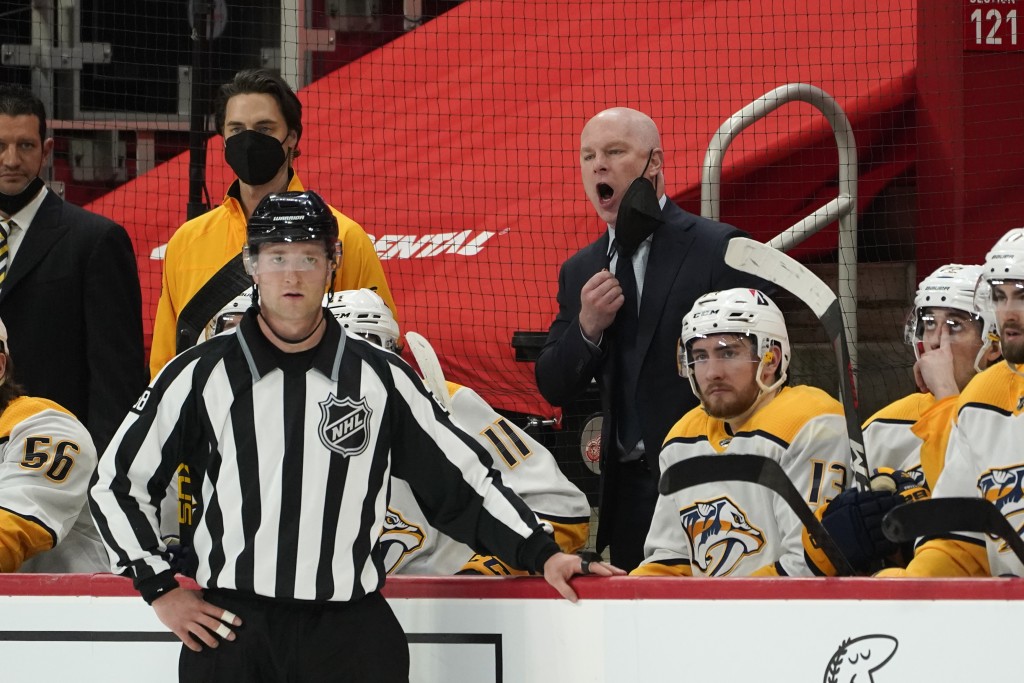 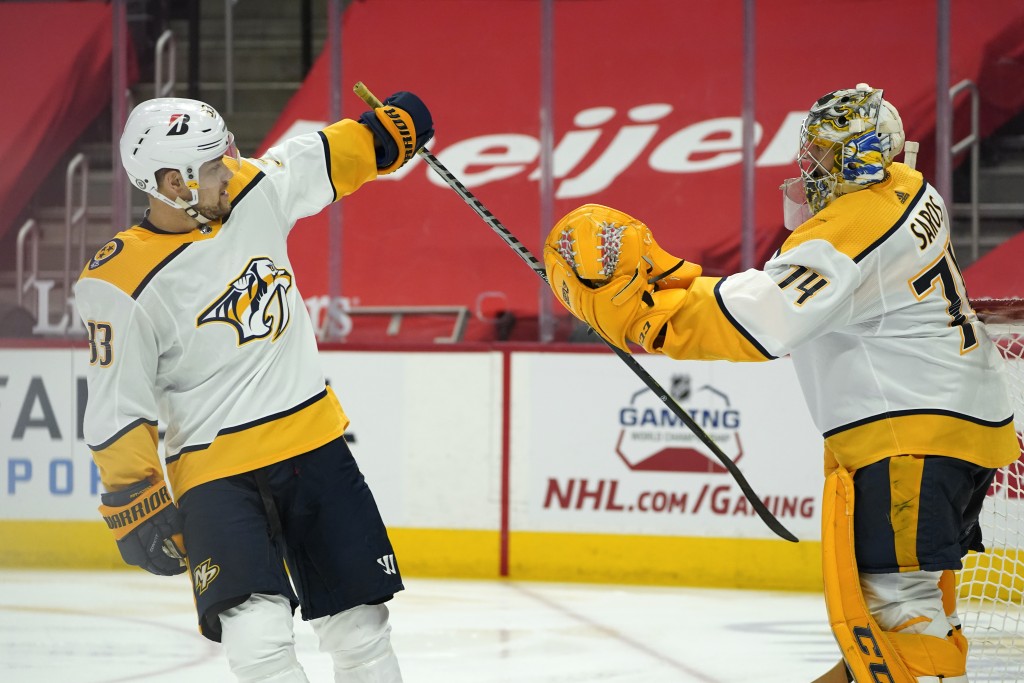 Juuse Saros stopped 25 saves for the Predators, who have won nine of their last 10 games.

Arvidsson and Nick Cousins scored early and late in the second period to put Nashville ahead 3-1.

The Predators were just getting warmed up. Mikael Granlund scored, Arvidsson had two straight goals and Yakov Trenin had a goal in the third period. The 28-year-old Arvidsson entered the game with five goals in 39 games.

Jonathan Bernier had 25 saves while playing for the Red Wings for the first time since a lower-body injury took him off the ice March 18.

Detroit was able to show the scouts at Little Caesars Arena — and those watching on TV — that the 32-year-old Bernier is healthy albeit rusty. The rebuilding Red Wings are likely looking to move Bernier to a contending team that would want a veteran with an expiring contract and 160 wins to be a backup before the trade deadline on Monday.

Despite playing for one of the NHL’s worst teams, Bernier is 8-7 this season, while teammate Thomas Greiss is 3-15-6.

Bernier was tested early, facing five shots in three-plus minutes before Detroit slowed the Predators down and limited them to six shots over the last 16 minutes of the opening period.

Nashville created a two-goal cushion with a three-goal second period and coasted to its third straight win to stay ahead of Chicago for the fourth place in the Central Division. Four teams from each of the NHL's four divisions will make the playoffs when the pandemic-altered, 56-game season ends in a month.

Nashville forward Mathieu Olivier was ejected midway through the second period with a game misconduct for fighting Adam Erne, who was punched for boarding Predators defenseman Matt Benning. About 5 minutes earlier, Olivier limped to the team's dressing room as he tried to keep weight off his right skate after blocking a shot.

Detroit forward Sam Gagner, who potentially could be traded by Monday, played after missing five games with a lower-body injury.

Predators: Have three home games in four days: Tampa Bay on Saturday, Dallas on Sunday and the Lightning again on Tuesday.

Red Wings: Go on the road to play Carolina on Saturday and Monday.