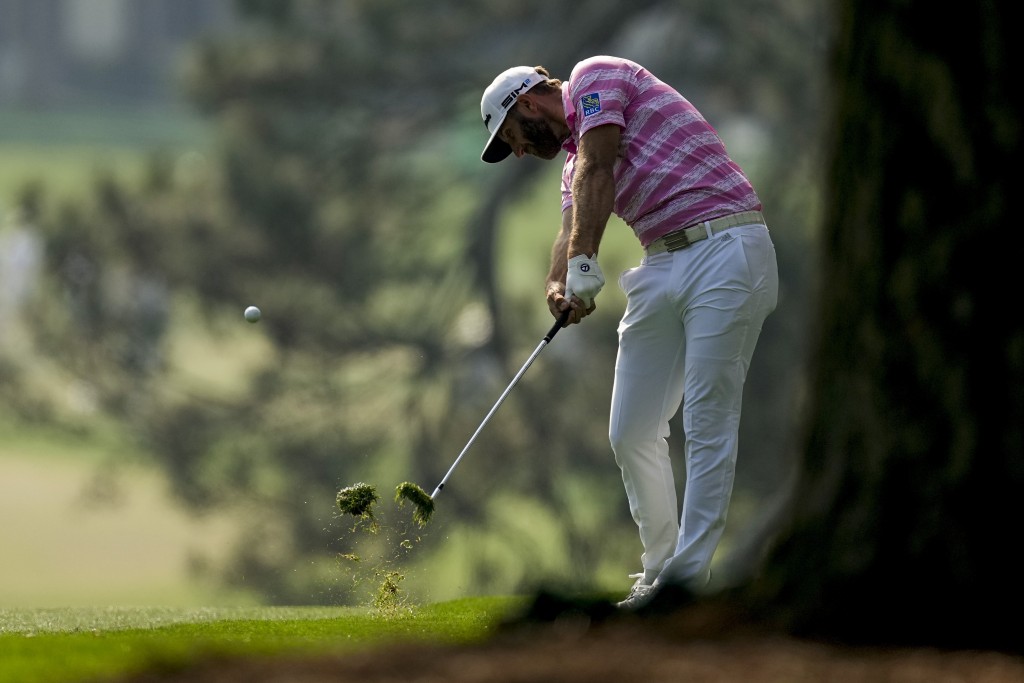 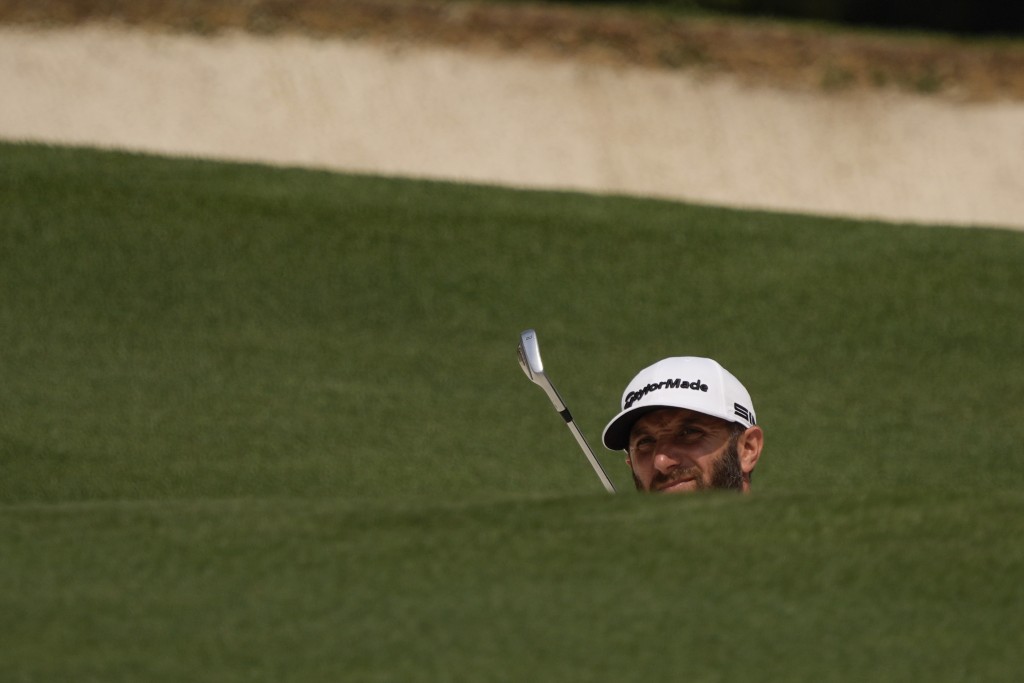 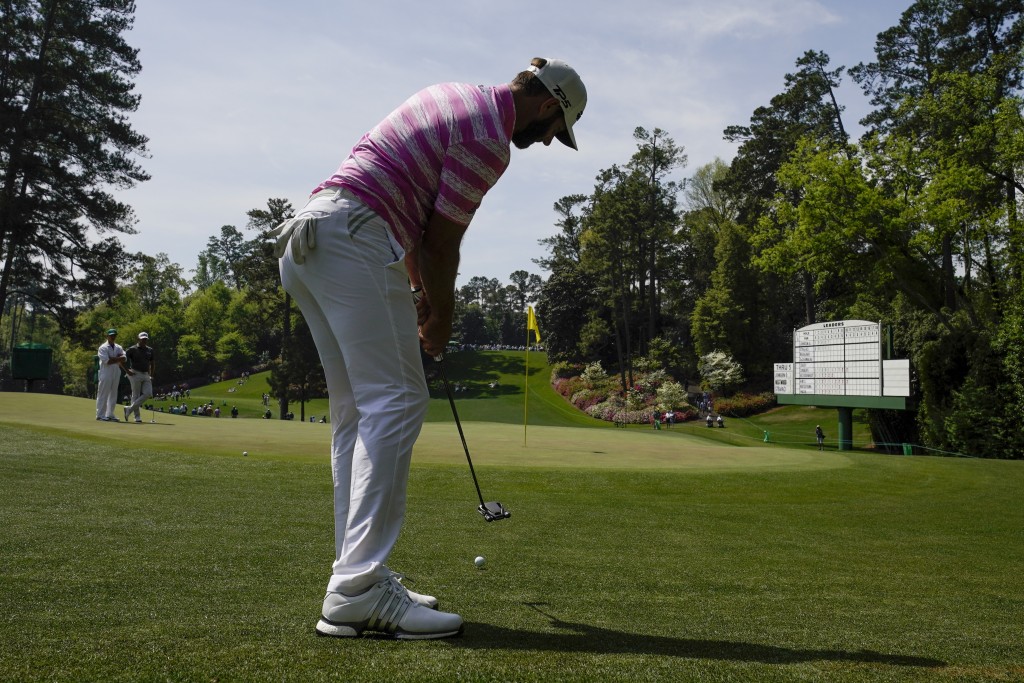 AUGUSTA, Ga. (AP) — Dustin Johnson found conditions much more challenging Thursday than they were in November for his record-setting romp to the Masters green jacket.

The result was a lackluster 2-over 74 that ended his unprecedented streak of below-par rounds at Augusta National.

Johnson finished with a sloppy, double-bogey 6 at the 18th hole. He drove his tee shot into the trees, punched out into a spectator area, and lipped out a 4-foot putt.

It was the first time since the opening round in 2018 that Johnson has failed to break par. His streak of 11 straight rounds in the red is the most in Masters history.

With the wind howling at times and greens that were about as slick as a kitchen table, this was a much different course than the one Johnson shredded five months ago.

“Definitely a lot tougher just because, when the greens are firm and fast here, the golf course plays difficult," Johnson said. "Then you add the wind in today, it made it play really difficult.”

The 2020 Masters was delayed until the fall because of the coronavirus pandemic, neutralizing many of Augusta's natural defenses in the springtime.

The wind was benign and the greens were softened by rain, setting up Johnson to post the lowest score in tournament history with a 20-under 268. He led from start to finish on his way to a five-stroke victory.

If Johnson is to become only the fourth player to win back-to-back titles, he'll have to take a different path.

“I felt like I hit a lot of good shots that didn’t end up in good spots, just from misjudging the wind a little bit,” he said.

Johnson's putter bailed him out a bunch of times on the front side.

Johnson got back to even on the day by pitching in for birdie at the tough 11th hole. When he made a more traditional birdie at the par-5 13th, it looked as though he would finish the round with a flourish.

Instead, Johnson limped to the end. A bogey at the 16th, where he missed a 10-foot putt, was followed by that mess of a final hole.

But Johnson wasn't the only one struggling just to make par on this challenging day. By late in the afternoon, no one had posted an 18-hole score lower than 3 under.

Johnson should have plenty of chances to close the gap over the next three days.

He's certainly not feeling any additional pressure as the defending champion

“If anything, I’m a little more relaxed out there,” Johnson said. “Obviously, the last hole kind of stings a little bit. But I'll go to the range, hit a few balls. I feel like I’m swinging well, playing good. I'm looking forward to the rest of the week.”