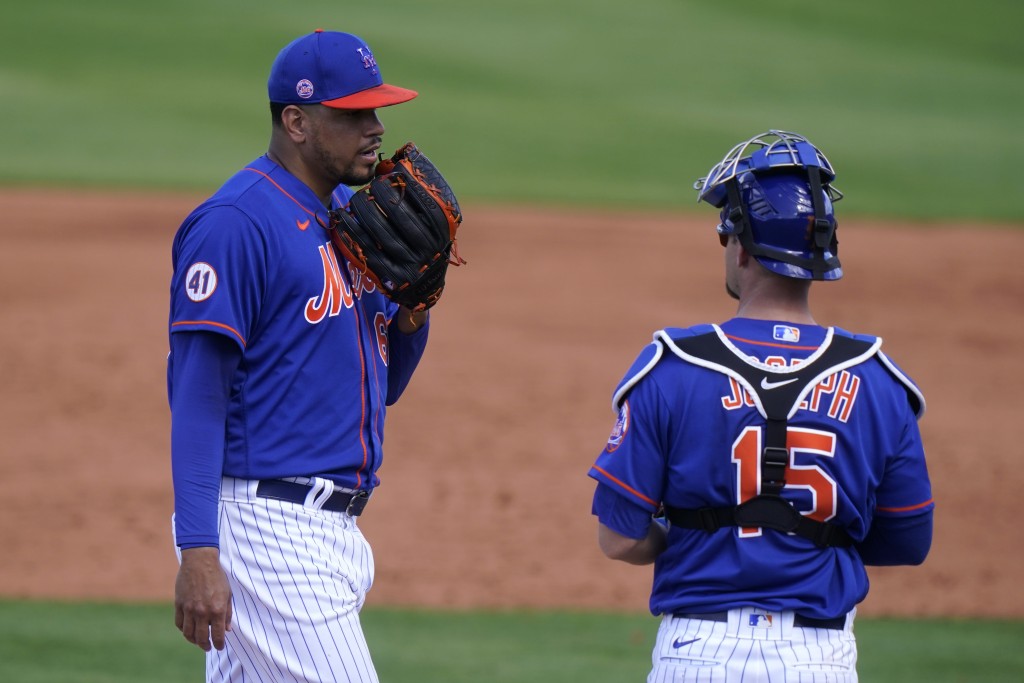 The team announced the move a little less than 90 minutes before the first pitch of its home opener against Miami. New York selected right-hander Trevor Hildenberger to the major league roster and added him to a bullpen that struggled during the first three games of the season in Philadelphia.

The oft-injured Betances made his season debut Wednesday in an 8-2 loss to the Phillies. The 6-foot-8, 265-pound right-hander gave up one run with a walk and a strikeout in one inning of work. He did not allow a hit, but threw only nine of 21 pitches for strikes.

A four-time All-Star with the crosstown Yankees, the 33-year-old Betances has been a big disappointment since signing with the Mets as a free agent in December 2019. He struggled with his control during the pandemic-shortened 2020 season, going 0-1 with a 7.71 ERA in 15 appearances. He walked 12 and struck out 11 in 11 2/3 innings.

After the season, Betances exercised his $6 million player option for this year, deciding against taking a $3 million buyout and becoming a free agent again. That made his deal with the Mets worth $13.5 million over two years.

Betances, who grew up in New York City and went to high school in Brooklyn, struck out 115 over 66 2/3 innings and had a 2.70 ERA with the Yankees in 2018, then missed nearly all of 2019 due to a bone spur behind his right shoulder. He returned Sept. 15 at Toronto, but his season ended after two batters and eight pitches when he partially tore the Achilles tendon in his left foot while striking out Brandon Drury.

Betances was the first reliever in baseball history to have 100 or more strikeouts in five consecutive seasons (2014-18). He led major league relievers in strikeouts each year from 2014-16.