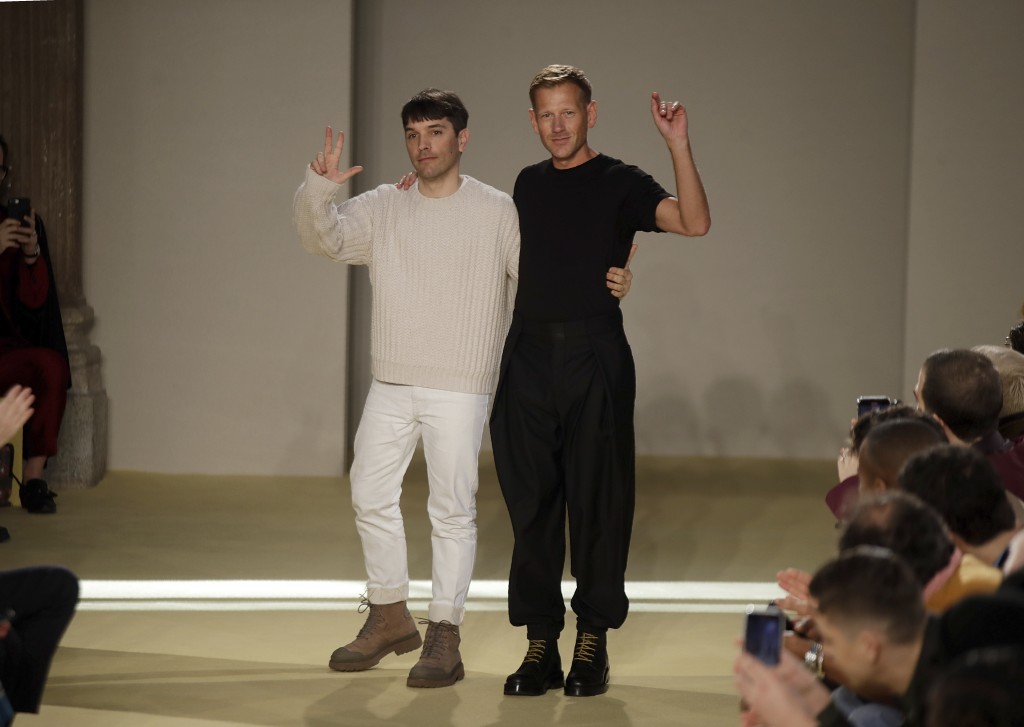 MILAN (AP) — Designer Paul Andrew is stepping down as creative director of Salvatore Ferragamo, effective in May, the fashion house said Thursday.

Andrew joined the Florence-based company as women’s footwear designer in 2016 and was promoted to creative director for all categories in 2019.

“After five years, with pride and a heavy heart, I have decided it’s time for a new challenge,’’ Andrew said in a post on Instagram. “It’s been a true honor to give new life to Salvatore’s legacy, his genius design and ground-breaking innovation. I will always be grateful for this opportunity, and proud of the work I have accomplished.”

Ferragamo said upcoming collections will be entrusted to the current in-house design team. CEO Micaela le Divelec Lemmi thanked Andrew for his “passion” and for “enhancing the position and creative vision of the house.”

British-born Andrew did not announce plans. He suspended his namesake luxury show label when he joined Ferragamo.

Luxury fashion has been hit hard by the pandemic, with restrictions forcing new collections to be mostly previewed on-line and stores to close.

Salvatore Ferragamo swung to a 72-million-euro loss last year, compared with 2019 earnings of 87 million euros, as full-year revenues plunged by a third. The family-owned fashion house cited the lockdowns that forced stores to close their doors for periods during 2020.

Like other brands, Ferragamo invested in e-commerce during the pandemic, launching new sites in North America, fast-growing China, Japan and South Korea, as well as in countries using the euro.