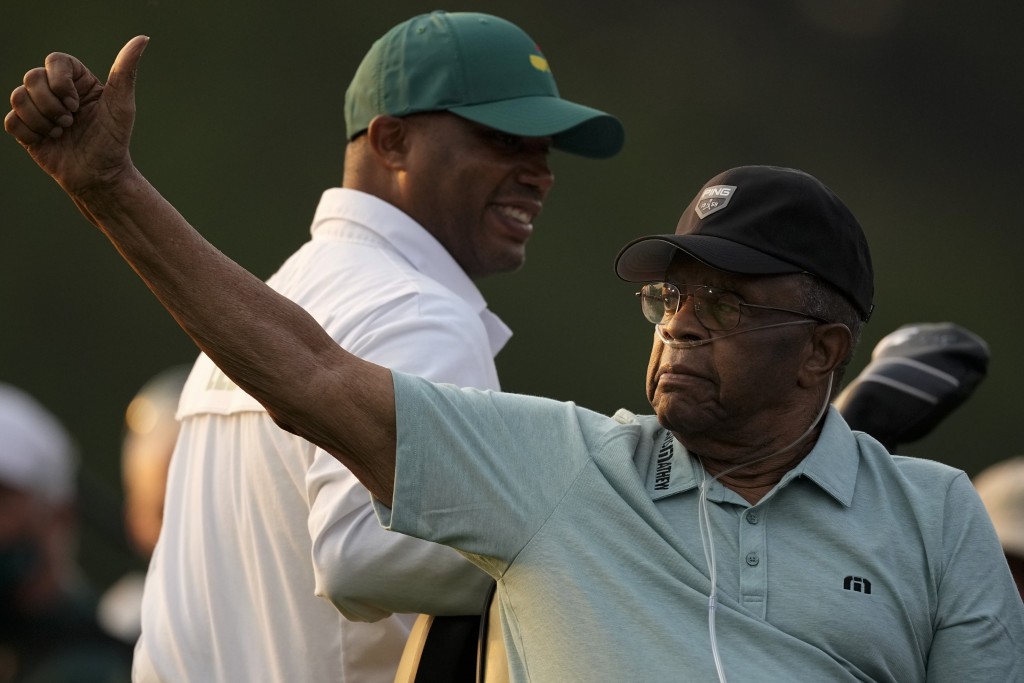 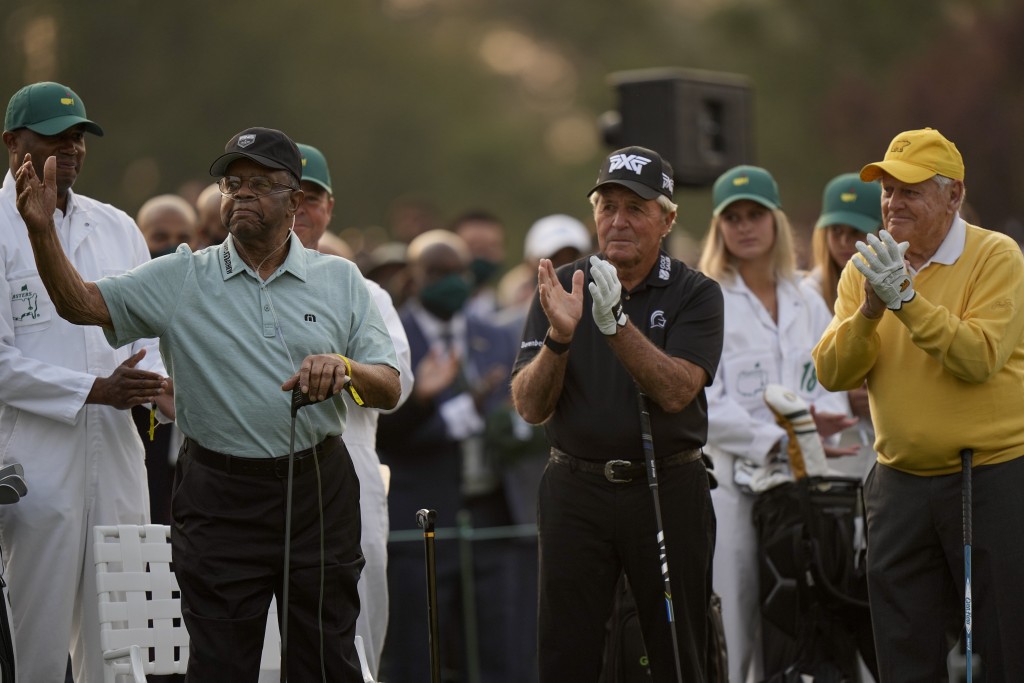 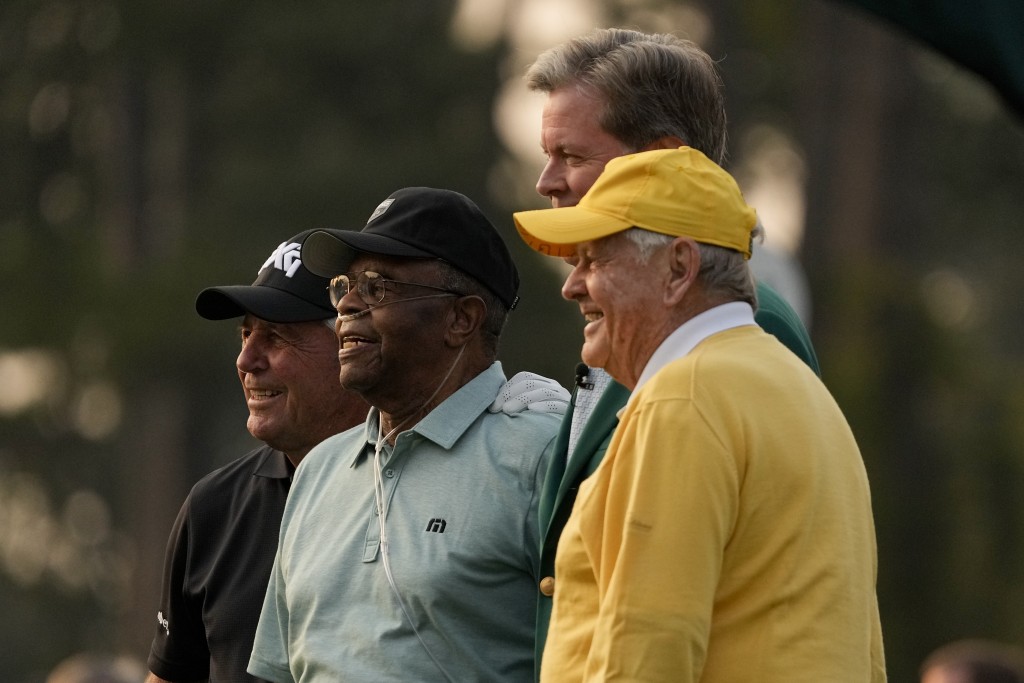 AUGUSTA, Ga. (AP) — The Latest on the Masters (all times local):

The 85th Masters has started with two honorary tee shots and one former player who only had to raise his driver to make it memorable.

Lee Elder was invited to take part in the ceremonial start. The 86-year-old Elder was the first Black golfer to compete in the Masters in 1975. Augusta National announced in November he would be joining six-time Masters champion Jack Nicklaus and three-time champion Gary Player.

Elder's health wouldn't allow him to take a swing. Instead, he raised his driver on a cool morning that was warmed by enormous applause from spectators that lined both sides of the tee box.

Masters Chairman Fred Ridley said Elder's has blazed a trail that inspired golf and future generations with a message that golf belongs to everyone.

Among those on the tee were Phil Mickelson and Bubba Watson wearing green jackets as past champions, and Cameron Champ, one of four players of Black heritage on the PGA Tour.

The tournament began a short time later. Defending champion Dustin Johnson tees off at 10:30 a.m., while Jordan Spieth is in the last group.