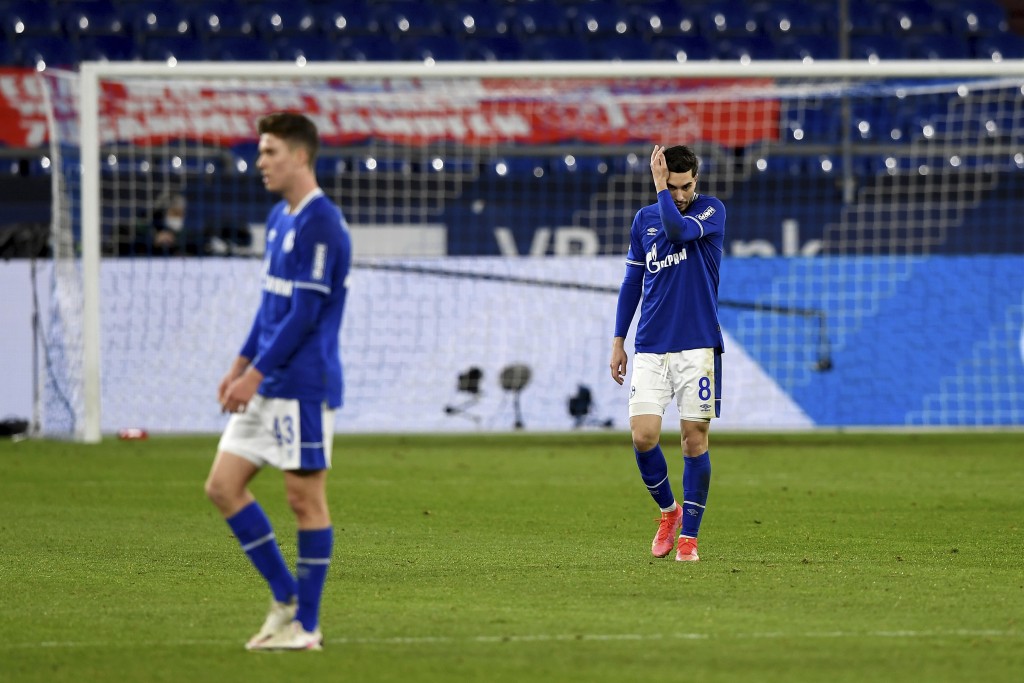 GELSENKIRCHEN, Germany (AP) — The marketing director of German soccer club Schalke has stepped down because of threats made against him and his family as the team faces relegation, the club said Thursday.

Alexander Jobst led Schalke's marketing operations for 10 years, overseeing the club's lucrative sponsorship deal with Russian state gas company Gazprom. He leaves with club finances in disarray because of overspending on players, failure to qualify for the Champions League and the effects of the coronavirus pandemic.

“Jobst stated the reason for his decision was the anonymous hostility and even threats made towards him and his family for some time now," Schalke said in a statement. "As much as he can understand anger and frustration, he felt a line had been crossed.”

Schalke said Jobst last week extended the Gazprom deal through 2025. He will leave at the end of June.

Schalke has won only one league game all season and is in last place with 10 points from 27 games. The club is already planning to be in the second division next season for the first time since 1991.