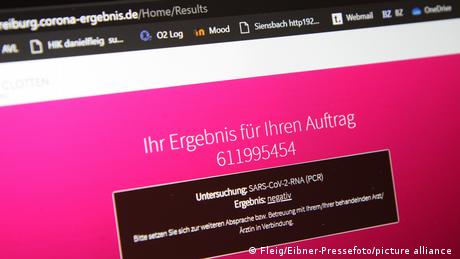 Three high school students in the town of Basel in Switzerland falsified a coronavirus test result so that they could skip school for a couple of days, local newspapers reported on Wednesday.

Unfortunately, the plan got out of hand. The school took the result seriously and sent the whole class, including teachers, home for 10 days.

Now the students are facing serious consequences — not just from their school, but also from the law.

"This is a serious case, not just some 'prank,'" the spokesperson for the Basel education department, Simon Thiriet, said.

Their actions may be a violation of the country's pandemic law, Swiss broadcaster SRF reported.

The stunt took place before the Easter holidays. The three teenagers managed to falsify an SMS with the result of a recent test, showing it as positive.

As a result, 25 people from their school with whom they had had contact were made to endure remote classes from home for the next 10 days.

Now the education department wants to press criminal charges but said that it will not expel the students.

"We don't want to obstruct their school studies," Thiriet said. Furthermore, the culprits quickly owned up to the hoax when suspicions arose.

The education department also showed understanding for the difficult situation many young people are finding themselves in during the pandemic.

"Young people are in a complicated spot; there are complex problems. Nevertheless, we cannot excuse their actions," Thiriet added.

Unlike some neighboring countries, Switzerland has kept its schools open for most of the pandemic, only closing them for around eight weeks between mid-March and mid-May last year, the German daily Süddeutsche Zeitung reported.

The national government was able to close schools thanks to the pandemic law which gave it extra powers during the outbreak.

Since then, decision-making power over school openings has returned to the various canton administrative bodies. They have been united in their approach to keep schools open, albeit with differing hygiene rules, such as mask-wearing.